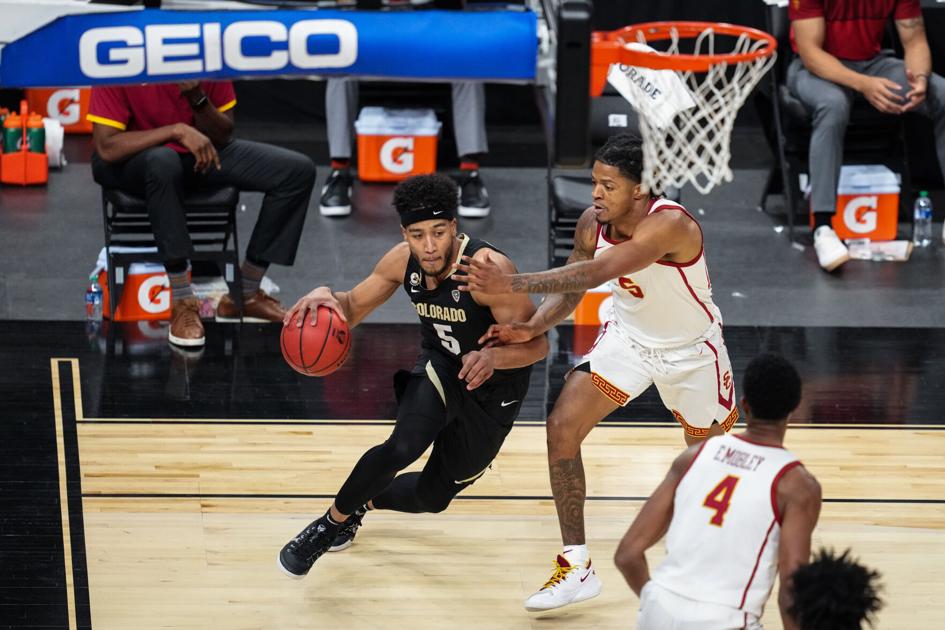 Schwartz’s game winner came off a rare miss from senior guard McKinley Wright IV, who said after the game Schwartz’s play was all about him just “doing his job.”

“Big moments and big games for us. Seen him do it at Utah and a couple other times and he did it tonight,” Wright said. “Before we went out for tip-off, coach always draws stuff up on the board and the last thing on the board was, ‘Do your offensive rebounding job.’ And he did his job and he crashed and I got a good look, about one second on the shot clock. It felt good, but left it a little short, and he crashed and got us a big-time tip dunk that won us the game. So that’s big-time, that’s a big-time play by 5.”

The win is the Buffaloes sixth in a row, making them one of the hottest teams in the country right now, with the NCAA Tournament less than a week away.

The Buffaloes will face fifth seeded Oregon State in the Pac-12 Championship game Saturday at 8:30 p.m. If CU wins, it will be its first conference championship since 2010-11.

“One more. That’s all we keep screaming in the locker room,” Wright said. “We were excited, Rick Joyce came in and hyped us up, Coach is hyped. Everybody’s hyped. That’s what we came here to do. We know we have the pieces to do it, the tools to do it, but it ain’t going to be easy. Oregon State’s playing really good right now. They won today against a good Oregon team. It ain’t going to be easy, but we got the pieces to do it so it’s going to be exciting and fun and we got to do what we got to do to get a ring.”

Justin Bean added 13 points with 11 rebounds for the Aggies (20-7), sinking three free throws and grabbing two rebounds in the last 46 seconds. Queta may have just missed a triple double but his nine blocks is a single-game career high.