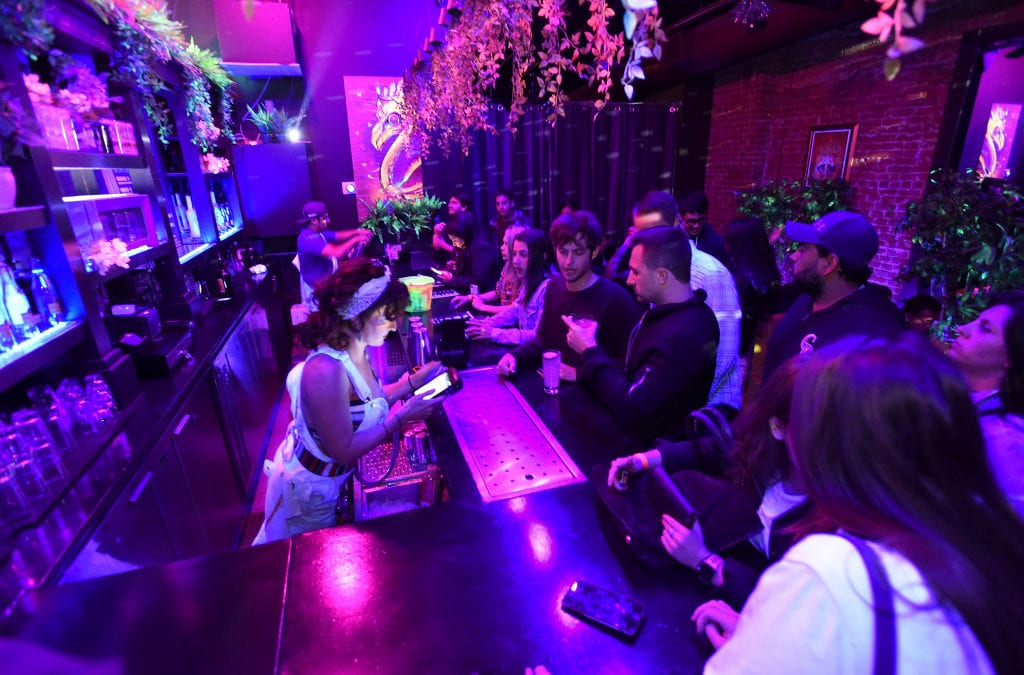 Bars across Colorado can officially reopen Friday, according to new guidelines released by the state.

The change will be crucial for smaller bars, especially, according to Justin Anthony, who co-owns Bellwether, Matchbox, American Bonded and more bars between Colfax and Larimer Street.

When Gov. Jared Polis announced in late May that restaurants and other establishments could reopen as long as they served food, some of Anthony’s businesses were able to reopen. But Bellwether stayed closed and in a difficult financial spot.

“I’m going to open a bar, have three times the staffing costs … and five to seven times my cleaning costs, and now I have to factor in a food dynamic,” Anthony said. Depending on the business, it wasn’t worth it.

But these latest guidelines are “giving little spots like Bellwether the ability to open. It’s giving bars a chance to get in the game,” he said.

To help get back in the game, bars can also take advantage of outdoor bar service alongside indoor operations, according to guidelines.

And “extra large venues” (classified as 7,200 square feet or larger) may hold more than 50 people, and up to 100 drinkers or diners. The state’s online social distancing calculator is meant to help venues determine their new capacities for indoor and outdoor events.

Prior to Friday’s announcement, Colorado bars and restaurants were allowed to reopen primarily for food service on May 27. The new rules still require bar patrons to be seated at tables that are spaced at least six feet apart.

This weekend, too, diners can take advantage of expanded outdoor dining on Denver streets — so far just portions of Larimer Square and Glenarm Place — that have been temporarily closed to vehicles to allow for greater social distancing. Another 85 bars and restaurants have received permits allowing them to expand outdoor dining space.

Anthony and other business owners also are working together to open more al fresco dining areas across town, and he’s excited to see more gathering spaces, from restaurants to retail shops, continue to come online at the start of the summer months.

“You basically have a situation where now we’re going to have more interaction in the neighborhood,” he said. “At least people are starting to get out, and it feels like there’s hope.”