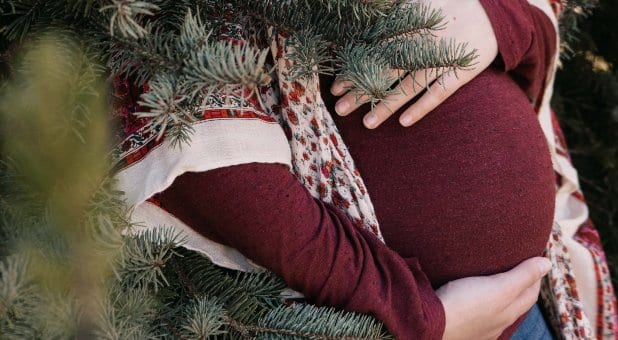 Colorado is one of seven states that allow abortion until birth. On Nov. 3, voters will decide on the 22-Week Abortion Ban Initiative.

On the ballot as Proposition 115, a “yes” vote supports prohibiting abortions statewide after the unborn baby reaches 22 weeks—unless “the physician believes it is immediately necessary to save the life of the pregnant woman.”

A recent University of Colorado survey shows the proposal “too close to call,” with 45% opposing and 41% supporting its passage. The survey also shows that between 13% and 17% of likely voters have yet to make up their mind on the issue.

In an op-ed by Nicole Hunt, an attorney who leads the Coalition of Help Moms and Save Babies, explains her passion for protecting the unborn. It began after a medical condition prompted the birth of her first child at 27 weeks. Young Taylor spent her first 94 days in the hospital.

“There were many hard days and setbacks for Taylor in the NICU, but she fought hard to live,” Hunt wrote. “She may have been tiny, but her will to live was mighty.”

Taylor is now a thriving 11-year-old.

Currently, Colorado law allows for unborn babies older than Taylor was to be aborted. Colorado abortions are legal until birth for any reason—and have been since 1967.

“According to a study from the University of Iowa reported by The Federalist, an estimated 64% of babies born at 22 weeks gestation in the United States can survive with medical assistance,” Hunt said. “That jumps to 82% at 23 weeks. Studies in other countries show similar survival rates.”

Voters in Colorado decided on eight issues relating to abortion between 1984 and 2104; however, none of the ballot issues addressed gestational age and when abortion could be prohibited.

The campaign against the ballot initiative was flooded with volunteers after the death of Ruth Bader Ginsburg, with the number of volunteers to make calls and texts tripling in one week. The group also said it brought in the highest amount of donations in a 48-hour period.

The influx of response is based on concern that the U.S. Supreme Court will overturn Roe v. Wade with the confirmation of associate justice Amy Coney Barrett.

“This is a wake-up call for Colorado voters,” said Stefanie Clarke, communications director for the “Vote No on 115” campaign. “Without the federal court and the Supreme Court there to strike the ban down, we don’t have a last line of defense.”

According to a 2019 NPR/PBS NewsHour/Marist Poll, three-quarters of Americans want to keep Roe v. Wade, but a strong majority of them would like to see restrictions on abortion rights.

“It’s time for Colorado to embrace a moderate and reasonable position,” Hunt said. She later acknowledged the initiative as an important step in protecting the unborn in light of discussions about legal changes at the federal level.

“When New York lifted restrictions on late-term abortions, people around the country were disturbed and rightly so,” she continued. “It was surreal to see individuals cheering and celebrating death. It felt dark and unsettling. In fact, people I talked to here in Colorado were shocked to learn that unrestricted abortion has been the law in Colorado for decades.”

As the Nov. 3 election approaches, Hunt and the tens of thousands of voters who signed the petition to put the proposition on the ballot are entrenched in an educational campaign to strengthen support to ban late-term abortion.

This isn’t a partisan issue,” she said in her op-ed. “It’s a human rights issue. Let’s be reasonable.” {eoa}