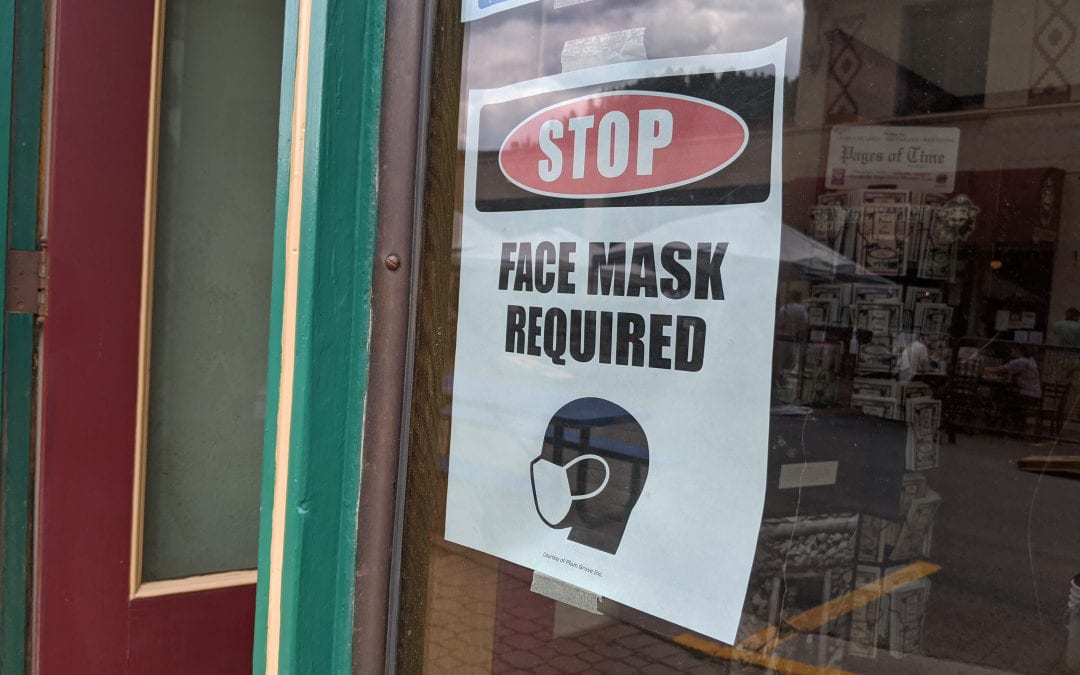 More than 20 Colorado counties could begin moving into the lowest level of coronavirus restrictions on Wednesday when the state implements the latest version of its COVID-19 dial, according to a Colorado Sun analysis of case and testing data.

But the state Health Department late Tuesday backed off an announced plan to drop most mask requirements in those lowest-level counties — at least for now. Instead, a news release from the Colorado Department of Public Health and Environment said the governor “may choose to make modifications” when the statewide mask order expires on April 3. It did not provide more details.

“Coloradans have made great sacrifices to protect ourselves and our communities from COVID-19 over the past year,” CDPHE Executive Director Jill Hunsaker Ryan said in a statement. “While this is still a time for caution, these changes to the dial better reflect where we are in the pandemic today, and the balance we are trying to strike between disease suppression and economic hardship.”

The new dial, dubbed Dial 3.0, makes it significantly easier for counties to achieve less-restrictive status, in recognition of the vaccination campaign that has provided protection for an increasing number of vulnerable Coloradans. But the shift comes at a precarious moment.

A key measure of control of the virus has likely worsened across the state, according to one of the state’s leading coronavirus experts. Cases and hospitalizations, which had been declining steeply, have now flattened out.

Modeling data indicates that infections are rising in some parts of the state, while more than 1% of the population in other parts of the state currently is estimated to be contagious with the virus. New variants of the virus have taken hold in several counties, including some poised to move to less-restrictive statuses.

All of this means it’s not clear what impact the easing of restrictions will have — especially as the state’s vaccination campaign, which is still prioritizing those most at risk of hospitalization and death from COVID-19, continues apace.

“We are in one of those points of inflection, and we need to wait and see what happens,” said Dr. Jonathan Samet, a nationally renowned epidemiologist who is the dean of the Colorado School of Public Health. “I guess I’m hopeful that we are vaccinating at a remarkably fast rate compared to anything we could have imagined. Hopefully vaccination kicks in and turns the curve down again.”

The most significant change in Dial 3.0 is how it measures whether a county has coronavirus under control.

Previously, counties could reach level green by having a one-week cumulative case rate of no more than 15 cases per 100,000 population. The new dial more than doubles that, to 35 cases per 100,000 population. Counties hoping to reach level green must also have a testing positivity rate of no more than 5% and must have sufficient capacity in their local hospitals to handle a surge of new admissions.

The Colorado Department of Public Health and Environment has not released a list of counties poised to move to level green status.

There are also two counties already at level green status — Crowley and Otero, though the data reported by CDPHE for Crowley are above the cutoffs for level green under both the new and old dials. It is not uncommon for counties to be placed in a less-restrictive status on the dial despite not meeting the stated requirements. This makes it unclear exactly how many counties will change levels this week once Dial 3.0 is implemented.

The Sun also identified two counties — Las Animas and San Miguel — that are currently in level yellow and could move down to level blue, the second least-restrictive level, under the Dial 3.0 metrics. They would join 11 other counties that appear poised to remain in level blue

Under Dial 3.0, counties in level green will see most state-mandated public health restrictions removed. Indoor events such as concerts or sporting events, bars, restaurants and gyms will still be held to a 50% capacity cap, not to exceed 500 people, according to CDPHE.

About face on masks

The preliminary plan for Dial 3.0, released late Friday, called for dropping the statewide mask mandate in counties in level green starting on April 4. It would have remained in place for schools, for visitors to congregate-care facilities including nursing homes, and for other high-risk settings, though, and local governments could have imposed their own mask orders.

“Feedback received as part of that process will be considered prior to April 3” when the current mask order expires, the agency wrote in a news release. “COVID-19 still presents risks to healthy Coloradans, so everyone should continue to take precautions until the vaccine becomes widely available and used.”

Infections rising in some areas

The dial changes come as infections rise in some parts of Colorado. Samet, the Colorado School of Public Health dean, leads a team that has created mathematical models to predict the course of the pandemic in the state.

The latest regional models, from March 17, show infections rising in the northeast and central mountain regions. The models also estimate that, in the southeast and south-central regions, more than one out of every 100 people is currently contagious.

Infections have remained flat in most other parts of Colorado, and Samet said that is an indication that transmission control of the virus has waned. (Transmission control is a measure of how everything we are doing — mask-wearing, social distancing, etc. — is doing to slow the spread of the virus. Higher percentages are better.)

In the most recent statewide model, from March 10, Samet and his team estimated transmission control at 82% in the state. But he said this week that figure has almost certainly dropped since then. And loosening the dial restrictions will likely drop the number further.

“Clearly these measures will lead to a diminution of transmission control,” Samet said.

That, in turn, could cause the number of new cases to rise. When Samet and his team looked in the March 10 report at the impact of dropping transmission control to 70% starting on March 26, they estimated Colorado would see about 50,000 more infections and about 100 more deaths by the beginning of June.

But Samet said this week that those estimates are now slightly out-of-date, given that they were made during a period when cases were falling. The team is working on an updated modeling report.

Still, with vaccination rates high among the most vulnerable, Samet said rising case counts likely won’t lead to fears of overwhelming hospitals anymore. Overall, he said, Colorado is “really at a good place right now.” And loosening restrictions gradually through the dial, he said, is better than dropping them all at once everywhere, as other states have done.

“It’s important that we be measured in what we do,” he said. “We want to be able to track and make sure there’s not an overshoot.”