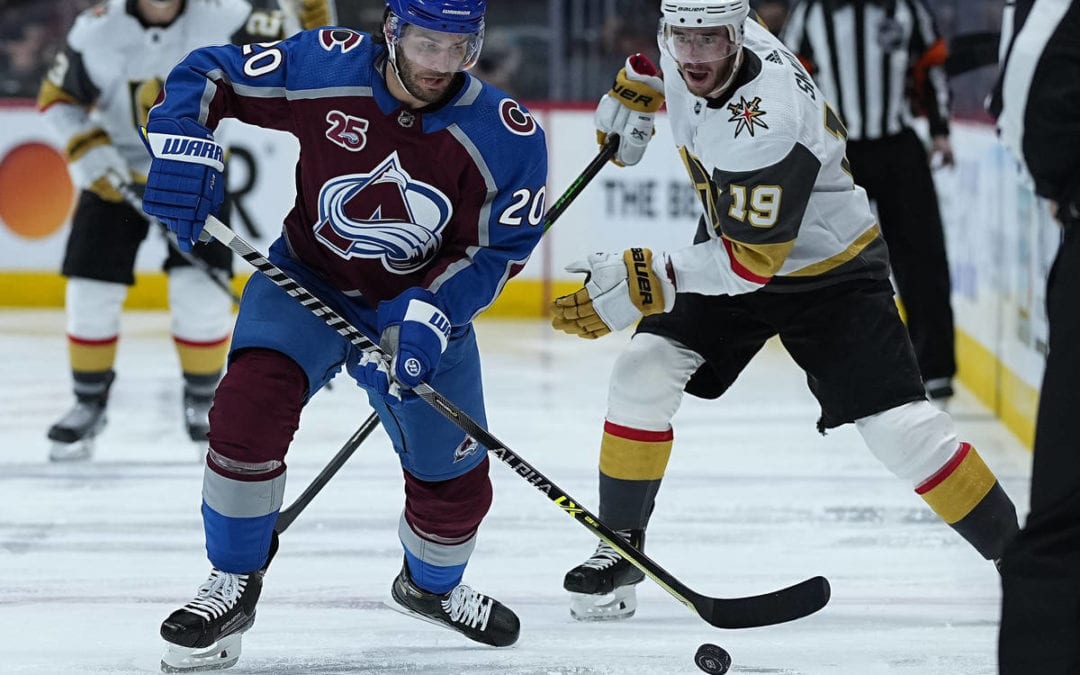 Brandon Saad grew up as a Penguins fan and watched with glee as a teenager when Marc-Andre Fleury helped Pittsburgh raise the Stanley Cup in 2009.

It had to be a similar feeling when he got one past Fleury to open the scoring for the Colorado Avalanche in Game 2 of the West Division final Wednesday night at Ball Arena.

That was followed by absolute euphoria when he watched teammate Mikko Rantanen fire a shot past Fleury on the power play 2:07 into overtime to give Colorado a 3-2 victory and 2-0 lead in the best-of-seven series.

“It was just a great shot,” Saad said. “He beat him high glove-side. They got him the puck over there with time and space, and he made a great shot.

“We knew they would come out with a better effort. Even though we didn’t play our best, that’s a great character win.”

Saad has seen it all. He had 81 postseason appearances entering this season, a major reason the Avalanche acquired him from Chicago before the start of the season.

Colorado has visions of winning a Stanley Cup, and the 28-year-old forward has played a key role on two Stanley Cup-winning teams with the Blackhawks.

That experience already has shown up.

“He’s a guy that’s performed in big moments his whole career and seems to get better as the season goes on,” Colorado coach Jared Bednar said.

Wednesday marked the fifth straight game in which Saad has scored a goal, an individual high in the 2021 playoffs.

The offense was necessary for the Avalanche, as their top line was completely neutralized in regulation after combining for eight points in a Game 1 blowout win.

Gabriel Landeskog, Nathan MacKinnon and Rantanen were held off the scoreboard until overtime, as the Knights’ top line often matched up with them.

When Rantanen finally scored, it marked his 16th straight playoff game with a point, dating to last season. Only five players have longer streaks in NHL history that have spanned multiple years.

“We knew it wasn’t going to be an easy series,” Rantanen said. “We knew there were going to be tough periods and maybe tough games like today. We didn’t really create much offense. They’re a good team, and I don’t think we were playing our best game, either.

“It wasn’t our best game, but that’s what we need to do is still find a way.”

They had a chance largely because of Philipp Grubauer, who had 39 saves.

“He bailed us out,” Rantanen said. “He had a really good game and kept us in it. He was basically the reason we got to overtime, and then our special teams stepped up there.”

Grubauer is one of three players on the roster to win a Stanley Cup, having done so with Washington in 2018. Andre Burkovsky was also on that team that beat the Knights in the Final.