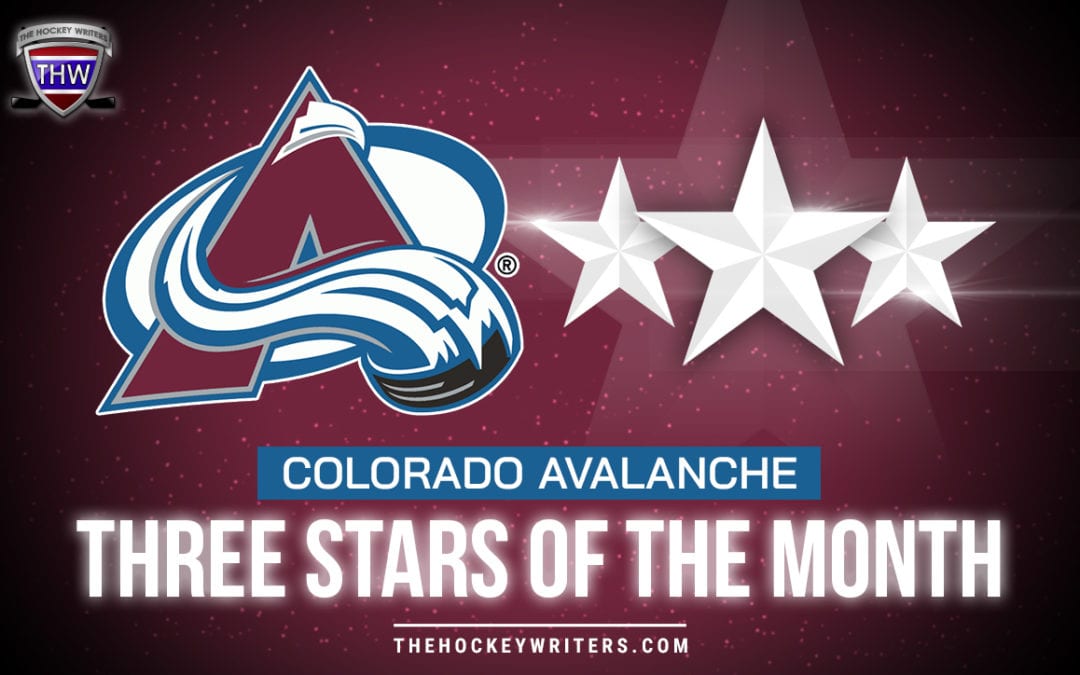 Injuries dominated the conversation about the Colorado Avalanche in January, particularly after superstar Nathan MacKinnon was placed on the shelf after getting hurt on the last day of the month.

While six regulars missed time, the Avalanche racked up six wins and ended January tied for first in the West Division. Their 36 goals are the most in the division, as is their plus-13 goal differential. Of course, there have been hiccups, but Colorado has played through the injuries because of their depth.

When the team leader in points through the first month of the season is named the third star, it says a lot about how everybody else has played. Nathan MacKinnon has fueled Colorado’s great start, even without scoring goals.

MacKinnon has just two goals and hasn’t scored in his last 422:23 of ice time. But the Avalanche aren’t anywhere without his 12 assists – which rank third in the NHL – and his 14 points in January were three more than Cale Makar’s 11. Before his injury, MacKinnon had at least one assist in five straight games, logging seven over that stretch. He’s also only failed to register a point in two games this season, and one of those was the 4-1 opening night loss to the St. Louis Blues.

There is no timetable for his return, but the sooner he gets back, the better.

For all of the gaudy offensive statistics the Avalanche have posted this season, goaltender Philipp Grubauer has been the oak tree in the middle of that thunderstorm; you might not notice him all the time, but he’s always there, and he doesn’t waver much. Grubauer is all over the NHL leaderboard. His six wins topped the NHL in January with St. Louis’ Jordan Binnington, and his two shutouts were also tied for the most in the league. He recorded 21 saves in both of his shutouts, which were both at home.

Colorado sports the top penalty kill in the NHL, and Grubauer is the driving force behind that. The team has a tidy 91.7 percent success rate, and they have allowed just three goals in 36 opportunities. In January, Grubauer stopped 43 of 44 shots (.977 save percentage) when the Avs were a man down.

In his third year with the club, Grubauer has also been remarkably consistent whether playing in Denver or on the road. He’s 3-1 at home and 3-1 on the road, and his other stats are also almost identical. His goals-against average is 1.75 in away games and 1.76 at home, while his save percentage is .933 at home and .928 on the road.

If MacKinnon’s playmaking has been the fuel for Colorado’s solid start, then Mikko Rantanen is the engine.

After not scoring in the opener, Rantanen tallied a goal in six straight games to become just the fifth player in Avs history to reach that mark alongside Joe Sakic, Peter Forsberg, Milan Hejduk, and MacKinnon. That’s pretty good company.

After that stretch was halted in a 3-0 home win against the San Jose Sharks, he scored in the next game – a 5-1 road win over the Minnesota Wild. That goal in St. Paul gave him a goal in five straight road games, making him the first player to have a streak that long since Eric Lindros did it for the Philadelphia Flyers in 1995-96. Rantanen wasn’t alive for that; he was born that following October.

Rantanen has also been an equal-opportunity scorer, with three goals in the first period, two in the second and two in the third. Four of his goals were at even strength, while three were on the power play. His seven goals in January ranked fourth in the NHL behind Tyler Toffoli, Connor McDavid and Brock Boeser, who all had eight.

With all of the injuries, Colorado needed a team effort to finish in a tie for first place in the division through the first month. The other major contributors behind the top three are Cale Makar, Joonas Donskoi and Brandon Saad.

Makar has been near the top of the defensive scoring leaderboard all season, thanks to his 10 assists. He’s also emerging as a constant force on the ice. He averaged more than 23 minutes of ice time per game in January, including a whopping 28:09 in Sunday’s 4-3 overtime loss to the Wild.

Donskoi and Saad have five goals apiece on the season, trailing only Rantanen. Donskoi has been a catalyst, as three of his goals were the first goal of the game, and four have come in the first period. Saad finished January with a flourish, scoring seven points in the final four games, including four goals.

Grabbing 13 points in 10 games was as good a start as the Avalanche could have asked for, especially with their injury issues. The solid play of the secondary lines will have to continue if the team wants to come out of February still atop the standings in the tight West Division.