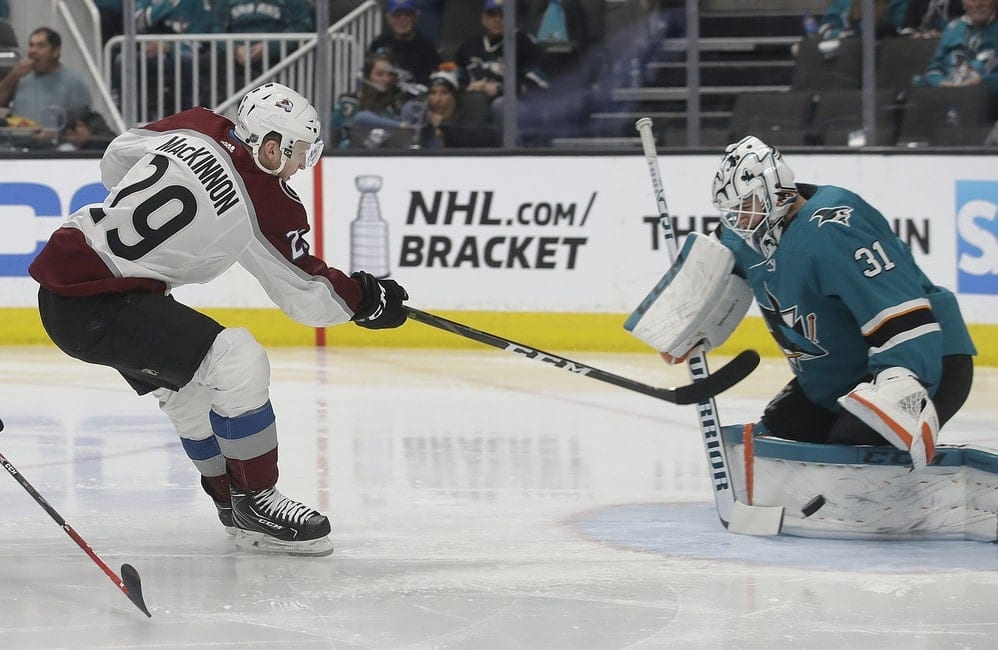 Avalanche Weekly is a series from Colorado Avalanche contributors for THW where we recap the team’s performance from the past week and tackle some notable storylines from said games. These pieces will be more opinion-based rather than simply recapping the games and publishing the hard facts. Feel free to leave your thoughts in the comments below.

In the previous edition of Avalanche Weekly, we were concerned with the lack of production from the team’s depth. Here’s a quick summary of how that went this week:

In the past four games, Nazem Kadri recorded two goals and three assists, Brandon Saad earned four goals and three assists, Joonas Donskoi posted three goals and an assist, and Andre Burakovsky continued his successful start with a goal and four assists. That production from the middle six was a seismic change from the week prior, and it helped the Avalanche go 3-0-1 to currently stand tied with the St. Louis Blues atop the Western Division.

Colorado, St. Louis, and the Minnesota Wild leapfrogged the Vegas Golden Knights in the standings over the last week. The Golden Knights saw their play grind to a halt because of COVID protocol, but they’re expected to resume play on Friday with some changes to their schedule.

As many expected, those are the four teams currently occupying the Honda West Division playoff positions. The Los Angeles Kings, Anaheim Ducks, Arizona Coyotes, and San Jose Sharks are already falling out of the race, and each has flaws that make potential resurgences suspect at best. The battle of the West could quickly become solely about the division crown and playoff positioning. If the Avalanche have more stretches similar to last week, they’ll have a decent shot at the top.

The Avalanche returned home from their California road trip with a two-game series against the Sharks on the docket.

In the first game, the Sharks took a 1-0 lead off a Ryan Donato goal before subsequently getting obliterated for the next 50 minutes of hockey. The score was 5-1 Colorado with 15 minutes left in the second and was 7-2 by the end of the period. The Sharks got a goal back in the third to make it 7-3, but the game never felt close or even that competitive.

Six different Avs got on the board, and Saad scored twice to get himself on the right track. The shots favored Colorado 42-30, which doesn’t account for the Avs going into autopilot mode for a majority of the final period. The only negative of the game for the Avalanche was the absence of Matt Calvert, who was sidelined due to a concussion-related injury. With his recent history of head injuries, there is a concern for Calvert’s long-term health. He may need to call it a career, depending on the details and severity of his injury.

The second game against the Sharks was a lot closer. Both teams started slowly, but even as the Avalanche turned up the pressure, they couldn’t find the back of the net. Goaltender Devan Dubnyk played well and was helped by five different posts throughout the contest.

But Colorado, and more specifically Kadri, would not be denied. He broke the scoreless tie with a rebound goal halfway through the third, then almost immediately made a great cross-ice pass to Burakovsky, who scored an insurance goal. Kadri deflected a Cale Makar shot home with a minute left to earn his 2nd goal of the night on his 10th(!) shot of the night. The Avs won 3-0, outshooting the Sharks 38-21. Philipp Grubauer was perfect in keeping the game tied for as long as it was and earned his second shutout of the season.

Colorado sustained two more injuries, with Pierre-Edouard Bellemare suffering a brutal knee injury and Devon Toews obtaining a foot injury that will keep him sidelined for a couple of weeks.

To conclude the week, Colorado and Minnesota completed the first half of their four-game series. The Avalanche dominated the first game at Xcel Energy Center, winning 5-1. Mikko Rantanen scored in his fifth consecutive road game with a highlight-reel effort:

It was the third consecutive blowout in Colorado’s favor, as they were able to limit the Wild’s attack that had been improving. It was also the third consecutive game the Avs suffered an injury. Erik Johnson was the latest victim of the hockey gods’ wrath, going down with an upper-body injury in the first period.

The next night, Minnesota prevailed 4-3 in overtime. The Avalanche lost in more ways than one, though, as Nathan MacKinnon went MIA at the start of the third period. He received no apparent injury but could not continue in the game. At that point, the contest was tied 2-2, and the Avalanche actually took the lead with a Saad snipe in the middle of the third but could not hold on for Hunter Miska’s first career win. Minnesota essentially got to play on easy mode in OT, strolling down the ice and setting up a perfect Jonas Brodin snipe before the Avs knew what hit them. Colorado has to regroup at home, minus their superstar center. As of Tuesday morning:

No Nathan MacKinnon out here for morning skate.

The Avalanche organization has to be tired of their players getting injured on an essentially daily basis. Injury absences plagued them in the playoffs last year, in the last regular season, the playoffs before that, and the playoffs before that. Rarely have the Avalanche been able to ice their full squad, leading to struggles that would otherwise be avoidable. It’s hard to fight for the Stanley Cup when you have to constantly fight off the doctor. It has to be tiresome on the team, I know it is tiresome for the fans.

Here are the games the Avalanche will try to stay healthy in this week:

Top Performers of the Week