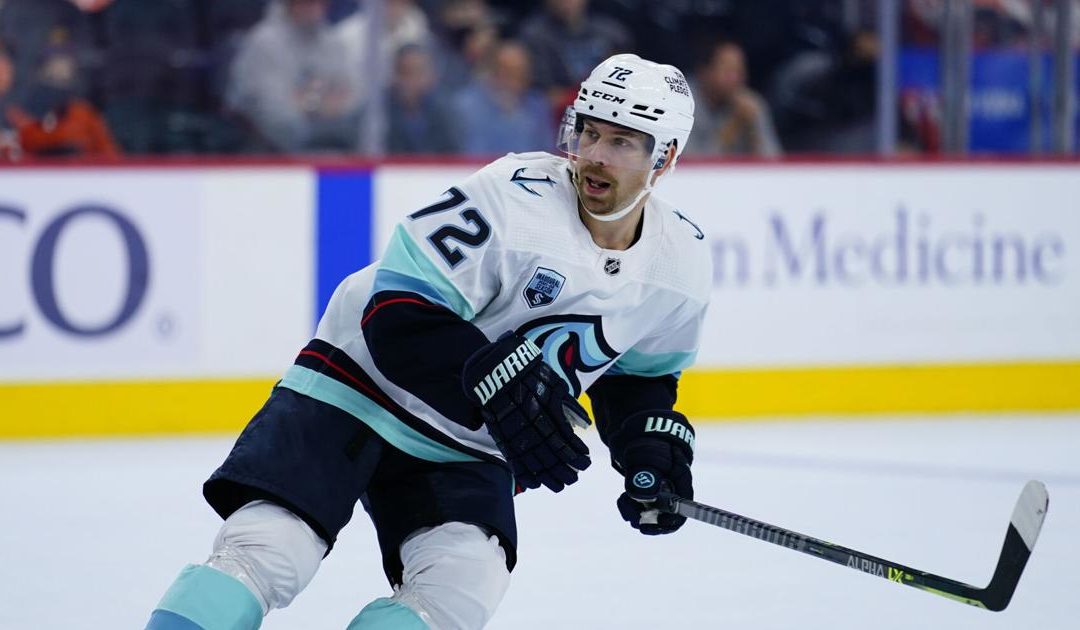 Joonas Donskoi and Philipp Grubauer both wore the Avalanche’s burgundy and blue last season and will face their former team Friday at Climate Pledge Arena in Seattle.

“Both good teammates, good guys,” Colorado coach Jared Bednar said. “Obviously wish the best for them anytime they’re playing anybody but us.”

Forward Donskoi was the Kraken’s expansion draft selection this summer after setting a career high in goals (17) in his fewest games yet (51). Goaltender Grubauer signed a 6-year deal worth $5.9 million annually with Seattle hours after the free agent signing period began.

They’re members of the inaugural Kraken team, one that’s struggled early. While the Avalanche were winning their third straight Wednesday, the Kraken were on their way to a fifth straight loss.

At the end of a 2-on-1, Grubauer found himself staring down the Chicago Blackhawks’ Patrick Kane, alone with the puck and time to spare. Kane put the Kraken in a 3-0 hole they couldn’t climb out of.

Another loss was to fellow expansion team the Vegas Golden Knights, who thwarted the notion that starting from scratch has to be slow and steady. They reached the Stanley Cup Final in their first season. The Kraken are in a more predictable spot. A 4-11-1 record has them last in the Pacific Division.

Seattle coach Dave Hakstol said the numbers indicate he has a “good defensive team in a lot of respects” that’s giving up a middle-of-the-road amount of outnumbered rushes.

“When you do give those up, we need to find a way to defend and get a stop on one more of those,” Hakstol said. “And when I say get a stop, that’s a team conversation.”

Grubauer can’t be blamed for that Kane goal. But last season’s Vezina Trophy finalist is currently weighed down by a 3.18 goals-against average, fourth-worst among goaltenders with at least 10 games played, and an .877 save percentage, which is worst in that same group.

Through 16 games Donskoi leads the team at plus-1. He has six assists but hasn’t found the back of the net yet.

Seattle is eager to get back into the win column Friday against the Avalanche, in Seattle for the first time in a professional capacity. First time for any reason, for defenseman Cale Makar.

“I guess (we) just take it all in and enjoy it and have a fun one,” Makar said Wednesday.