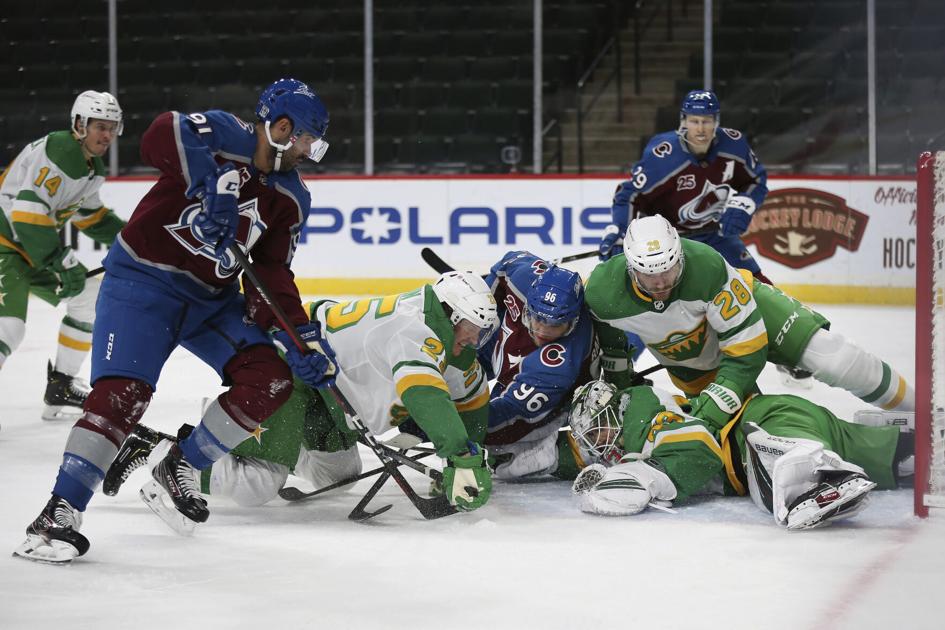 The Colorado Avalanche have been shut down through Feb. 11 “as a result of players recently entering the NHL’s COVID protocols.” The team they faced three times in the past week, the Minnesota Wild, paused operations the previous day.

The NHL announced Thursday night that the next week’s worth of Avalanche games have been postponed. Colorado captain Gabriel Landeskog joined Tyson Jost on the COVID-19 protocol-related absences list Thursday. Jost was added to the list late Wednesday.

Jost and Landeskog didn’t necessarily test positive. That’s one of several reasons someone could be added to the list, along with being a high-risk close contact.

A league release stated the decision was made by league, NHLPA and club medical groups “in conjunction with the Colorado Department of Health who determined that more caution was warranted while the parties are analyzing test results in the coming days.”

Four Avalanche games have been postponed in addition to the one set for Thursday night against the Wild. Matinees in St. Louis set for Saturday and Sunday and midweek home games against the Arizona Coyotes won’t be played as scheduled. Word on potential changes is expected in the coming days.

Colorado’s training facilities closed immediately. If the current timetable holds, the Avalanche will return Feb. 14 against the Vegas Golden Knights.

Twenty-six NHL games have now been postponed this season. In addition to the Wild, the Vegas Golden Knights, New Jersey Devils and Buffalo Sabres had games postponed this week, though Vegas is expected to return to play Friday.

As the number of postponed games grew, the league announced Thursday morning that it would adopt more preventative measures.

“With about 20% of our season played, we are mindful of the fact that we might be seeing a more aggressive transmission of the virus and will continue to make adjustments to our protocols as we consult on a daily basis with, and adhere to, the recommendations of our medical advisors,” commissioner Gary Bettman said in a release.

“It is important to note that, while we have seen almost 100 players enter our COVID protocols, fewer than half have done so because of confirmed positive tests — and, among that group, many have not been symptomatic.”

To allow for better air flow, arenas will remove the partitions of shielding behind the benches. In addition, the league is considering requiring portable air filters.

Teams are advised to limit time at the arena before and after games. Six feet will be required between players at their locker stalls.