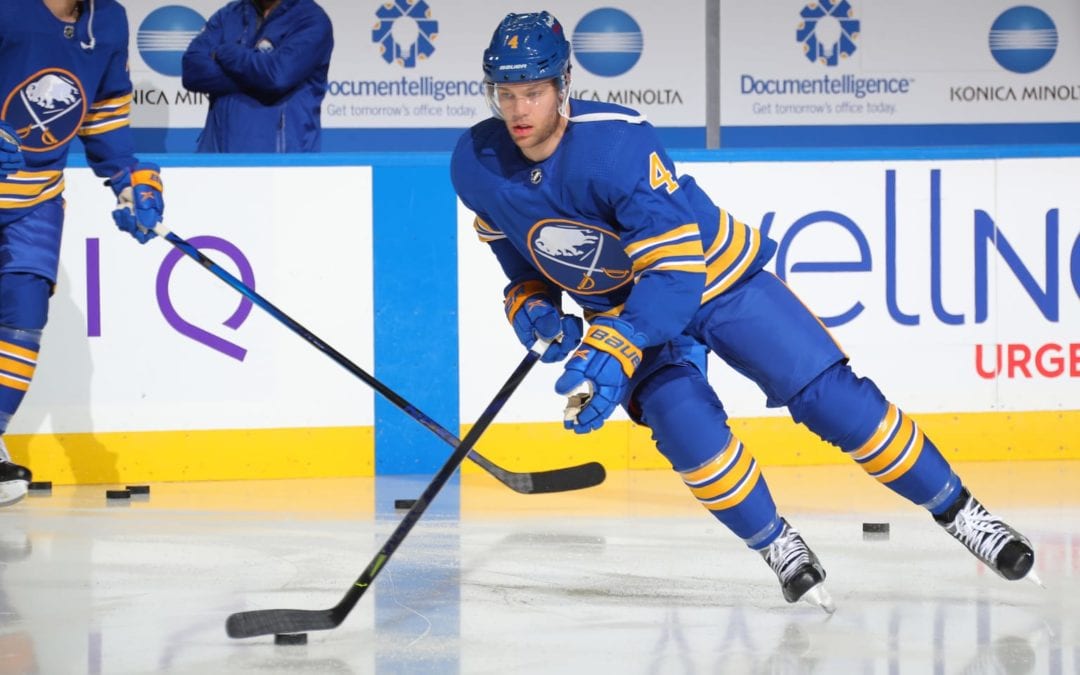 The NHL Trade Deadline is still about a month away, but that just means there’s plenty of time to speculate what teams might choose to do on or before April 12. The Colorado Avalanche are likely to make a move or two in an attempt to bolster their roster. They’ve cleared some salary cap room by putting Erik Johnson and Pavel Francouz on LTIR, meaning they’ll have a little flexibility to add some talent.

I’ve already covered some of the backup goalies they could look at, as well as a few depth forwards they could pursue. But sometimes, it’s good to just fully embrace chaos, and that’s what today is all about. Hockey fans love big moves, even if they’re few and far between. This season, some bad teams have some good players available, and Colorado should evaluate those bigger options to see if they could bring in an impactful skater at the right cost.

Each Stanley Cup winner of the salary cap era, sans the 2018-19 St. Louis Blues, has brought in talent at the deadline, so let’s go big or go home. The Avalanche should do as much as they can to avoid going home this spring.

I don’t know if you’ve heard this, but the Buffalo Sabres have been mighty bad this season. This hardship comes despite the successful courtship of prize free agent Taylor Hall this past offseason, signing him to a 1-year, $8 million contract after a lengthy chase. One of the teams the Sabres had to outbid was, in fact, the Avalanche, who had hoped to add the former first overall pick to their talented forward corp.

Hall has not been great for Buffalo. He’s mustered just 16 points in 30 games, only two of which have been goals. He’s pointless in his last six contests, which is not ideal for a player whose primary asset is offense. But the fact of the matter is this campaign has been the statistical anomaly of his NHL career. He’s collected 579 points in 657 games, most of the time playing on very bad teams. He’s shooting 2.7 percent in 2021, well below his career average of 10.1 percent. He’s due for a rebound, one that he could attain in Colorado.

GM Joe Sakic would likely not want to overpay for the struggling winger, though. He’s a free agent this offseason and would be a difficult long-term add for a team already with several important players to re-sign. I could see a package involving Colorado’s first-round pick this year, as well as a lower-level prospect like Alex Beaucage or Sasha Mutala. That also might be too high, depending on where Sakic sees Hall’s potential.

Hall-Nathan MacKinnon-Mikko Rantanen has the potential to be the best line in the NHL. But Gabriel Landeskog has been a stalwart of that top unit for years now, with mixed results on the second line with Nazem Kadri. Adding Hall would put the Avs in contention with the Tampa Bay Lightning for the most stacked roster in the league, but it’s important to evaluate whether he would mesh. In what has been a difficult season for the winger, a trade for him might too high of a risk for Colorado’s liking.

I don’t know if you’ve heard this, but the Anaheim Ducks have been mighty bad this year. Not Sabres-bad, mind you, but still pretty putrid. As they start to fully embrace their rebuild, the availability of dynamic Rickard Rakell might pique the Avs’ interest.

The 27-year-old winger has been a solid member of the Ducks for a while now, scoring at least 40 points each of the last five seasons, including a 69-point season in 2017-18. After a slow start to this season, he’s scored 21 points in 33 contests on an offensively-suspect Ducks team.

Rakell will be a free agent this offseason, and I could see the Avalanche making a pitch for him to stay long-term. He’d be a good fit in Colorado’s system, as he’s both a quality finisher (11.3 percent shooting) but also constantly getting the puck to the net. He leads the Ducks in shots on goal with 104, a number good enough for 14th in the NHL. Adding Rakell would make the Avs just that more dangerous.

He wouldn’t be cheap to acquire, though. Ducks’ GM Bob Murray has gone on record saying he wants a solid return for the winger because Rakell has another year left on his contract, paying him an affordable $3.79M AAV. In a COVID-affected NHL landscape, that cost for his value is almost too good to be true. As such, Murray wants both a first-round pick and a younger roster player. This could mean the Avalanche would have to part ways with someone like Tyson Jost or Conor Timmins, both of whom are solid players. But it’s a deal that is worth considering for Colorado and one that makes a lot of sense to me. Sometimes you just have to go all-in, and Rakell would be a strong piece to go all-in on.

Conor Garland is not a name that has floated around trade talk a lot this season, but he’s beginning to pick up traction as the deadline gets closer. The Arizona Coyotes have a limited path to the playoffs and are in need of draft capital to avoid disaster two years in a row. Many of their assets are already locked into long contracts or not worth an excessively large haul, but Garland is the exception.

The 25-year-old right winger has increased his value in each of his three seasons with the Coyotes and is currently leading his team in scoring in 2021 with 25 points in 32 games. Despite a smaller stature, he plays a strong game and is able to get into open spaces to either set up a chance for a teammate or take a quality shot of his own. His entry-level deal is set to expire this offseason, meaning for now, he would be a cheap option that would give a team flexibility while giving them production on the ice. He’s shifty, making it difficult for opposing teams to keep up with him when he gets going:

Reportedly, Arizona is not jumping to part with their young star. But similar to Rakell, the right price could manifest into a transaction. Unfortunately, that may not be possible for Colorado.

The Coyotes’ front office isn’t interested in later first-round picks, a problem for an Avalanche team likely to see their pick land in the mid-20s. Timmins could be an enticing piece yet again, but the key to this deal is picks. It would take some finesse for Colorado to give Arizona what they’re looking for, something that is never easy for NHL front offices to produce. Garland’s already hogging most of the finesse on the ice.

In the famous words of Michael Scott:

The trade deadline will likely come and go with a lot less fanfare this season. That’s just the reality of a league low on cap space with owners who are low on cash flow. But there are still moves to be made for those willing to make them, and Colorado appears to be readying for something.

They’ve cleared the cap space and have been in reports showing interest in doing something. Someone’s going to embrace the chaos. The Avalanche might just be the team to do so.