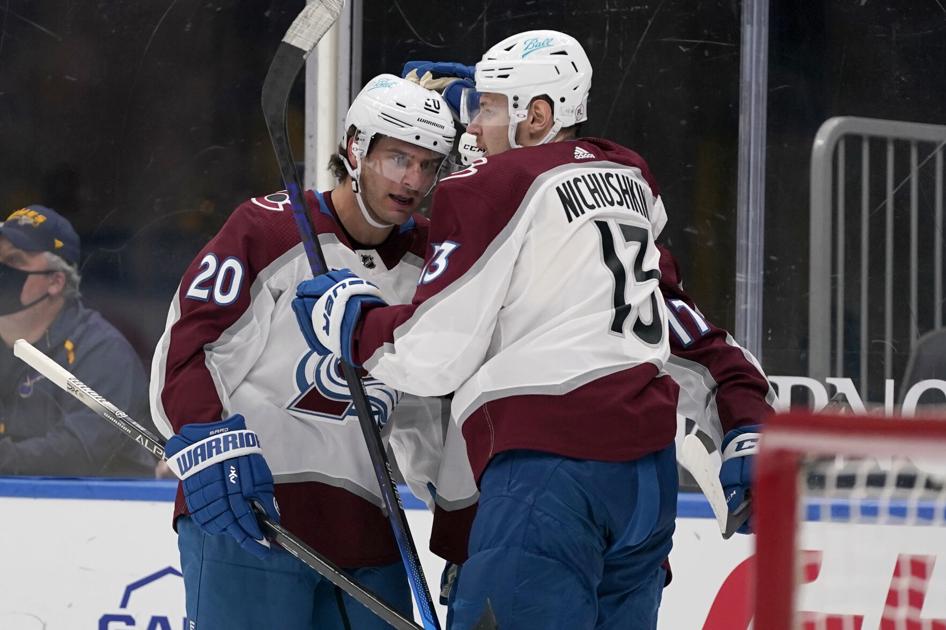 For the fourth consecutive season, but with soaring expectations, the Colorado Avalanche are headed back to the Stanley Cup Playoffs.

A 4-2 victory over the St. Louis Blues clinched a postseason berth for Colorado, which was missing several key players. Andre Burakovsky, playing on the top line in place of sidelined Mikko Rantanen, scored twice, and Nathan MacKinnon had three assists in Thursday’s road win.

“Real good game for us for being the first one back, happy to get that result,” coach Jared Bednar said. “It was a pretty hard-fought, close hockey game.

“Good all-around effort, and I liked the way (Devan) Dubnyk played in goal again tonight, gets us a big win.”

The Avalanche penalty kill kept the Blues at bay until Burakovsky’s second, which was quickly cancelled out by Jaden Schwartz’s own second of the game. The one-goal lead held until Pierre-Edouard Bellemare pitched in an empty netter.

The Avalanche had three games postponed April 16 after forward Joonas Donskoi was added to the COVID protocol-related absence list. He remains there, along with starting goaltender Philipp Grubauer and Rantanen, who was caught up in contact tracing and could rejoin the team during the current road trip.

Dubnyk was acquired at the trade deadline to rest Grubauer – though not under these circumstances. He made 25 saves Thursday.

The third line put in work to tie the game at 1, scoring with 31.1 seconds left on the clock in the first period. Valeri Nichushkin didn’t give up on the puck and applied pressure. Tyson Jost kept it along the boards and after the smallest of glances, if that, he chipped a long pass to Brandon Saad, who moved to his backhand and beat Jordan Binnington in close.

“Definitely felt good,” Jost said. “You never really know how the game’s going to go when you’ve been off that long, but we did a great job tonight.”

Saad was in the penalty box when Schwartz scored. The Colorado forward has goals in three straight, all while playing on the third line instead of the usual second.

“If you look at it, (Saad) just kind of stepped up his work ethic too to sort of match what Val and Jost have been doing and he’s been getting rewarded,” Bednar said.

“(Jost)’s the center on that line and he’s the key cog to making that line go. He’s setting an example with his work ethic. He’s hard to contain.”

On the power play, Cale Makar’s long shot bounced off the end boards directly back toward the crease. Burakovsky beat Colton Parayko to the rebound and pushed it into the net.

Schwartz went sliding on his knees as he fired a quick shot just inside the goalpost to open the scoring. His second goal, a shot off the rush that leaked between Dubnyk’s pads, came with less than seven minutes left in the game.

The Avalanche are the second club to clinch a playoff spot this season. The first is in their division. The Vegas Golden Knights secured a berth on Wednesday.