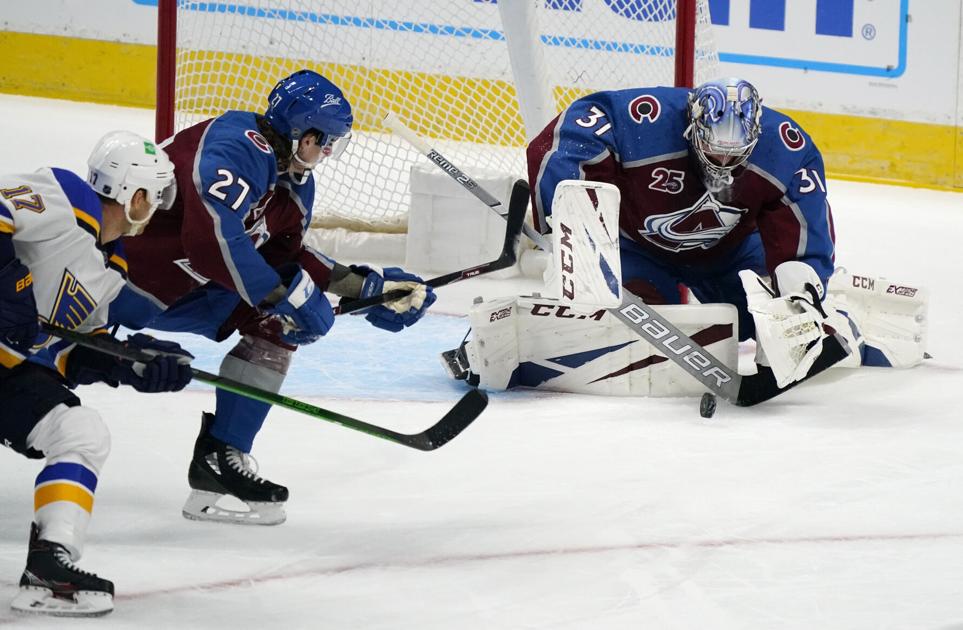 If the Colorado Avalanche get where they want to go, and where many expect them to go, their season opener will be less than a blip.

The popular Stanley Cup favorite was almost lackadaisical at times with the puck Wednesday night at Ball Arena while the St. Louis Blues came to play in a 4-1 win. Andre Burakovsky opened the scoring before the Blues took over. The Avalanche gifted their visitors gaps in coverage and juicy turnovers in the first and third periods.

The second day of the regular season may seem too early for self-reflection, but that’s how sobering the mental mistakes were for this high-aspiring group.

“I think yesterday was a wakeup call,” forward Tyson Jost said. “We know that we’re going to get everybody’s best game, and St. Louis came out flying. There is a target on our back right now, but that’s something that we want.”

It was a strange start to a strange season, no question. The team was missing someone, its longest-tenured player in defenseman Erik Johnson, who is out with COVID-19. Training camp lasted nine days, and even in intrasquad scrimmages, it’s unusual and even unadvisable to unleash full intensity on teammates. There were no preseason games.

That didn’t seem to bother the Blues, however.

With a shortened 56-game schedule, losses will add up quickly. But it was the way the Avalanche went down bothered coach Jared Bednar.

“There’s a heightened sense of pressure because I want to see our team play to its capabilities and potential,” Bednar said. “I want to see that every single night, that’s the standard we’re trying to set.

Thursday’s “focused” practice came before a rematch Friday night with the Blues. The first game can be excused, but Colorado doesn’t have the luxury of a long feeling-out period in this pandemic-affected season.

“Just as a team in general it was a little bit of a learning process for us. There were little ebbs and flows where we weren’t aggressive enough, didn’t play our style,” defenseman Devon Toews said.

“We’ve just gotta be better, is what it comes down to.”

Note: St. Louis forward Sammy Blais was suspended two games by the NHL on Thursday for an illegal hit to the head of Toews during the first period. Blais sat two minutes for elbowing while Toews was checked out and returned to the ice.