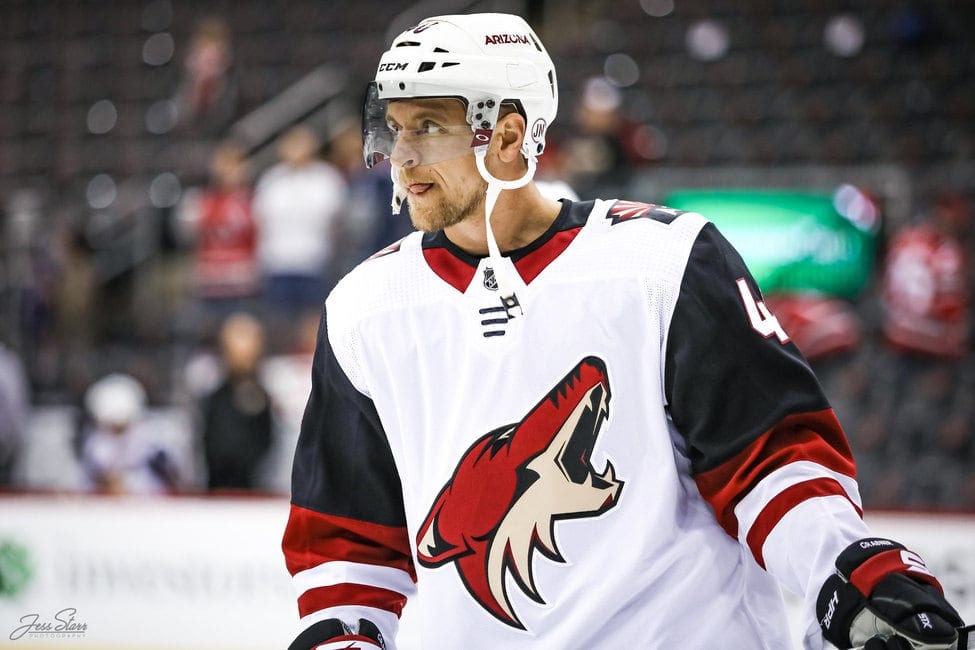 It’s no secret that the Colorado Avalanche are an exciting hockey team to watch with a loaded roster filled with talent, in turn making them playoff regulars. Before this upcoming season starts, they are favored by fans and media alike to represent the Western Conference in the 2021 Stanley Cup Final. However, the playoffs are far removed from us currently, giving the team time to make moves to ensure they’d make it there again and survive longer on the biggest stage in hockey.

So far general manager Joe Sakic has stayed true to the plan of not being big spenders in free agency. The Avalanche have made a few big acquisitions, but those were not through signings. Instead, Sakic alongside the Avs front office strengthened the team’s roster by trading for the likes of 26-year-old two-way puck-moving defenseman Devon Toews and left-wing Brandon Saad. Also through re-signed Andre Burakovsky, Valeri Nichushkin and Ryan Graves.

Even with coming to terms with all of their free agents except for Vladislav Kamenev who is continuing his career in the KHL this season, the team could use some more positional depth to push them over the hump. The team has over $1.8 million remaining in cap space currently, leaving them with some wiggle room for bringing in cost-effective veteran talent to add to their depth for the 2020-21 season.

As you can see the Avs are already a very deep and talented team up-front. However, they did lose some of their depth in the offseason with Matt Nieto, Vladislav Namestnikov and Colin Wilson not being re-signed. The Avs didn’t make the Stanley Cup Final let alone the Western Conference Final last postseason even with those players on their roster. It wasn’t the fault of those players’ performances or play style that forced Colorado out of the postseason, rather something that’s too unavoidable in a contact sport like hockey, injuries.

There is no such thing as having too much depth in an organization. The Avalanche need to look no further than the reigning Stanley Cup Champions, the Tampa Bay Lightning, to see how important viable depth options at every position are in a playoff run. Especially when the Avalanche is playing with a boatload of injuries, derailing their chances at bringing the cup home for the first time in 20 years.

Injuries Prior to the 2020 Postseason

The team was already in a bad spot before the delayed 2020 playoffs began because of the injuries they had in between the pipes. Philipp Grubauer suffered a lower-body injury during the Stadium Series game against the Los Angeles Kings in mid-February. Pavel Francouz stepped in and finished the season for the Avs.

Grubauer’s injury problem followed him into the postseason, as he went down in Game 1 against the Dallas Stars, favoring his left leg after a shot attempt by Denis Gurianov went wide. We’ve gone over the issues in the net already so here are a few other injuries and possible players of interest for the Avalanche at other positions if they find themselves in trouble once again.

Last season the injury bug cost the team a second-round exit against Dallas. In that playoff round, the team lost Grubauer and both Erik Johnson and his replacement Conor Timmins, forcing them to turn to Kevin Connauton to fill in on the blue line and Francouz in the net. They took the Stars to a Game 7, which the Avs lost in a thrilling OT.

Even though the Avalanche is already a deep team all around, there’s still a calling for serviceable players to fill in when injuries occur during the postseason. Here are a few players that Sakic should consider signing if he doesn’t want his team to suffer the same fate in the postseason while not rushing the development of the organization’s prospects.

It’s clear that you can’t always foresee injuries, however, you can make moves to sure-up your roster. Let’s start on the blue line with a D-man that offers some scoring help should Makar or Girard go down, in 30-year-old Michael Del Zotto at left defense. Del Zotto put up 15 points in 49 games as a member of the Anaheim Ducks last season.

He’s a strong skater and has experience winning the big one as he did it with the St. Louis Blues in 2019. His last contract with the Ducks was a one-year deal worth $750,000. With the Avs having $1.8 million in cap space, he seems to be a great fit for the team if they need a fallback option for offensive production.

Ben Hutton is a younger choice at left defense. The 27-year-old spent last season playing in a top-four role with the Los Angeles Kings. He produced four goals and 12 assists in 65 games and was a plus-five rating on a Kings team that was at the bottom of the standings. He signed a one-year deal with the Kings worth $1.5 million. Although not being an exciting player to watch, he can be called in to play in any situation.

He would be a significant upgrade from Connauton’s playoff performance last year, plus Colorado wouldn’t have to cough up much for his services. Despite not having any playoff experience, moving up from a team in dead last to a favorite in the Western Conference to hoist the Cup may be enough motivation for him to play his hardest and become a reliable option.

The blue line isn’t the only section of the team that suffered injuries during the playoffs, as some forwards were in and out of the lineup. There’s not much depth in the mentioned forward group past the first 12. If the team runs into an injury problem in the postseason, as most teams do, they would call upon their prospects to fill the voids left by their lineup regulars. The Avalanche still needs to take precautionary measures by adding depth before the season starts. These players might be the ones worth making the call to.

Veteran Michael Grabner at left/right wing. The Austrian forward formerly played for the Arizona Coyotes on a three-year deal worth an average of $3.5 million per season. Unfortunately due to injuries, he missed parts of the last two seasons, only appearing in 41 games in 2018-19 and 46 in 2019-20. In those 87 games played, he produced 17 total points. The Coyotes bought out the final year of his contract making him a free agent.

Injuries aside, Grabner has played in 40 playoff games throughout his career. Because of his scoring touch, speed and resilience, he’s a great fit for this fast-paced offense. He is a trustworthy penalty-killing forward, of which the Avs are in short supply, as he scored seven shorthanded goals over the past two seasons.

One of the best instigators in the game today, Corey Perry on the right wing. The Avalanche players have experienced firsthand what a player like Perry can still bring to the table, as they faced him in their second-round series against the Stars. He put up 21 points in 57 appearances in the 2019-20 regular season despite being limited to a bottom-six forward role on the Stars. He also tallied five goals and four assists on route to a Stanley Cup Final appearance with the Stars last season.

Perry is an experienced player when it comes to the postseason as he has 145 playoff games under his belt. He could be a welcomed addition to Colorado on a veteran minimum deal. One of the biggest criticisms of the Avalanche last season was that they didn’t have much physicality in their forward group. Perry’s tough competitor playing style could change the team’s perspective on that front. His versatility is not to be understated as he can be played at any level in the lineup. His leadership experience is an added bounce that’s welcomed by the Avalanche.

The Avalanche are picked by many to be the biggest contenders from the Western Conference to challenge the reigning champions, the Lightning, in the 2021 Stanley Cup Final. However, a big issue facing the Avs is the durability and health of the team.

If the team pursues reliable replacement options at different positions, the playoffs may end differently for the Avs. Possibly resulting in a Western Conference Championship victory and potentially making it to the Stanley Cup Final.