Colorado Avalanche Need More From Their Stars After Game 5 Collapse 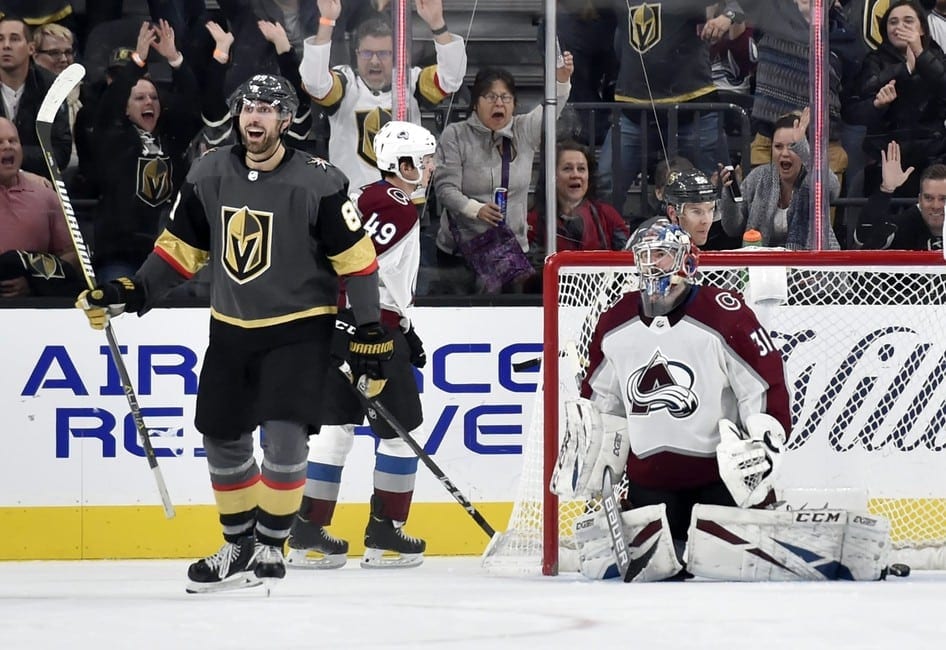 In the NHL, everything is about the Stanley Cup. Players push aside individual accolades and achievements when asked about them by the media; instead, they’ll usually bring the interview back to one thing: the Cup.

The Stanley Cup Playoffs, now over a millennium old, have become the pinnacle of the NHL and largely hockey altogether. Why? Because each game, each round is designed to leave a memorable impact on its audience. Sudden death overtime, comebacks, record-breaking performances, career-changing moments, and generally excellent hockey are all condensed into a two-month span, year after year. The thrill is tangible. The disappointment is, too.

Legacies are defined in the playoffs. Players can elevate their status amongst fans and GMs with a solid postseason performance (which is a good way to secure a horrendous long-term contract). Players can also earn poor reputations, usually for circumstances outside their control. Alex Ovechkin dealt with the slander for a decade before winning his Cup in 2018. The core group in Toronto is under more scrutiny than ever after another first-round collapse this postseason. Even Steve Yzerman and the Detroit Red Wings of the mid-’90s were considered frauds until they became one of the last truly dynastic teams in league history.

But if a great player or a group of great players never wins a Cup, so many are quick to do a biopsy to determine what went “wrong.” Diagnoses of “not being clutch” or “not being a good leader” are common in this operation. Fair or not, one’s NHL career is evaluated with a heavy weight being given to the conglomerate of chaos that is postseason hockey.

All this to say, no one will care in ten years if you won a Presidents’ Trophy. No one will call you’re a two-time Hart finalist or a first-time Norris finalist. No one will care that the 2021 Colorado Avalanche, to this point, has been an excellent team with many moments and player performances to be proud of. It’s all about the Cup. No trophy, no glory.

For this team, one with an embarrassment of riches regarding skill, speed, and depth, any Stanley Cup hopes they have left will have to be defended in Las Vegas on Thursday night. The Vegas Golden Knights are an excellent outfit themselves and have been the best version of themselves since Game 2 of the Honda West Division Final. For now, they hold a well-deserved 3-2 series lead after starting down 2-0.

The Avalanche, on the other hand, have become shadows of what they’re capable of being. Vegas is shutting down Nathan MacKinnon, thus largely bringing the rest of the offensive cast (not named Brandon Saad) to a screeching halt. This was particularly true in Games 2-4, a stretch in which the Avs were barely noticeable while getting out-worked and out-scored shift after shift.

Game 5, though, was so much better. The jump was back. The possession was back. The lead was back. Colorado held a 2-0 advantage heading into the third period before two turnovers brought the game to dead even in a flash. Colorado was still the better team in the period with several chances to win the game, even garnering a grade-A chance in the first seconds of overtime.

But that J.T. Compher slot shot was stopped by Marc Andre Fleury, and then a suspect Ryan Graves shot got blocked high in the zone. Mark Stone got a breakaway and wristed home the winner. Down 2-0, up 3-2. Poetic.

Colorado received goals from Saad and Joonas Donskoi. Saad now has seven goals in nine games this postseason, quickly justifying himself as someone the Avs should attempt to keep around long-term.

But Colorado’s top players were held off the scoresheet for the second game in a row, despite a much better process than the proceeding contest. MacKinnon wants to win a Stanley Cup so badly, as does his supporting cast. But maybe that drive to win has sent them a little off course in the face of adversity.

Instead of poise and precision, the Avs look like they’re playing with caution and anxiety permeating their actions. Now, they have only one game, on the road in a sold-out arena, to remember what they’re capable of.

If Vegas wins this series, it’ll be because they deserved it, seizing it away from the “favorites.” But it will also be because those favorites let the series slip away. A third consecutive loss in the second round would mean an offseason of frustration and confusion in Denver.

Colorado Looks Ahead to Game 6

For the Avalanche to force a Game 7 back at home, the top players need to be at their best. Even though it’s a road game, even though Vegas is playing tight defensively. Their legacies are beginning to take shape. If MacKinnon, or Rantanen, or Makar, or Landeskog, or anyone else, wants to be thought of as the excellent players they are, then they’ll have to show up for games like this.

No one cares about the Presidents’ Trophy, the Golden Knights chief among them. They believe they’re the better team, and they’re playing like it. Can Colorado muster the same belief and counter while down on the mat? Certainly. Will they? I have no idea.

That’s what makes hockey fun, you can never know what’s coming next. You can only remember what’s come before.

This Avalanche team will soon know how they will be remembered. The stage is set for a desperate showdown in the desert.