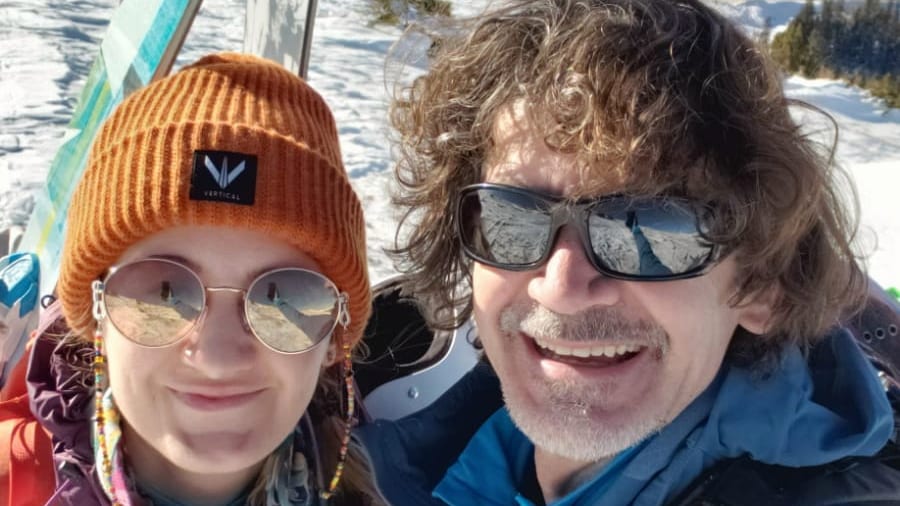 The most volatile mountain snow conditions in nearly a decade have Colorado avalanche forecasters and backcountry skiers on edge after deadly slides claimed four lives in less than two weeks.

While most of this month’s victims were experienced backcountry skiers, forecasters who issued a slew of avalanche warnings Tuesday are worried the upcoming holiday weekend, along with an uptick in converts to the sport during the pandemic, could have deadly results.

The CAIC says that only six months since avalanche record-keeping began in 1950 have recorded more deaths than the four so far in December.

The most recent victim was Dariusz “Darek” Krol, 57, who was buried in a slide Saturday afternoon in the Chimney Chute area near Berthoud Pass, a popular starting point for backcountry skiers. Krol, a Polish immigrant who lived in Boulder, was well-known as a rock climber both in Colorado and in his home country.

His death offers a cautionary tale: While an expert skier, Krol was far less experienced outside resort boundaries.

He recently bought a backcountry touring setup, said a close friend, Ed McKeown. On Saturday afternoon, he skinned up toward a ridge while his wife, Anita, and daughter, Nina, accompanied him on snowshoes.

They turned back toward the car while Krol made plans to ski down and meet them below — alone, and without carrying a transceiver that can aid in an avalanche rescue. Before he set off, McKeown said, Anita Krol could see him up on the ridge from their car below.

Darek Krol disappeared from view, and his wife and daughter waited nervously for him to arrive. After about two hours passed, they contacted authorities. A Grand County Search and Rescue team located his body in the evening.

Krol was skiing on a 40-degree slope, the CAIC’s preliminary report says — right in the middle of the steepness range of 30 to 50 degrees that experts say produce most avalanches. Especially when danger is high, the CAIC urges backcountry skiers to stick to low-angle slopes, carry safety and rescue equipment, and go with at least one partner.

Darek Krol and his daughter Nina while skiing.

“He was not a savvy backcountry guy,” McKeown lamented of his friend, who was so attentive to detail in climbing and other endeavors.

Heavy snow has fallen this week, with 1-2 feet of fresh powder and strong winds prompting new high-level avalanche warnings by the CAIC Tuesday for the central and southern mountains of Colorado.

In the northern mountains and the Front Range, the CAIC rated the avalanche danger as “considerable,” the third level out of five on its scale, and one step below high.

The danger, while running at varying levels this month, isn’t new.

Lazar said snowpack conditions have been the most dangerous in eight years, owing to early season snow in October and early November. That thin layer sat and weakened for several weeks in cool, dry weather, forming a fragile foundation for the heavier snowfall that has fallen on top during a series of December storms.

“It’s unusual — it’s the kind of snowpack conditions that we see about once a decade,” Lazar said. “It’s not unusual for us to have weak layers of snow. But this particular snowpack structure is pretty bad, and it’s about the worst we’ve seen since probably 2012.”

The 2012-13 season was the deadliest of the last decade in Colorado, with 11 avalanche deaths. Last year saw six deaths in snow slides, according to CAIC data.

In December, Lazar said, “we’ve seen avalanche activity now every time we get a storm event.”

Krol had worked as an information technology employee for the Boulder Valley School District for 15 years. McKeown said he was a friend to hundreds, particularly through rock climbing.

He was active near Boulder as well as in Rifle Mountain Park on the Western Slope, where he organized events, helped develop routes and forged relationships between climbers and local officials.

“He’s become like the mayor of Rifle, of this limestone canyon,” McKeown said. “He really became a steward of that area.”

In his final moments Saturday, Krol took risks in the backcountry — and he hasn’t been alone this month in Colorado.

On Dec. 18, Jeff Schneider, an avid backcountry skier and a retired ski patroller at Crested Butte Mountain Resort, was killed in an avalanche near Kebler Pass.

A pair of avalanches were photographed on Dec. 26, 2020, near Jones Pass, a popular area for backcountry skiing.

The next day, two experienced skiers who were exploring familiar backcountry terrain near Ophir in southwestern Colorado set off a slide that buried and killed them both, according to the CAIC’s report. The victims, Dr. Jeff Paffendorf, 51, and Albert Perry, 55, were Durango residents.

Despite all three skiers’ experience, the CAIC’s final reports for both incidents noted that they were on slopes of 30-35 degrees, at the low end of the avalanche-prone range, or in areas below steeper slopes.

Lazar said people considering heading into the backcountry should check avalanche forecasts (at www.colorado.gov/avalanche), consider taking a safety course — and not only avoid steeper slopes but stay away from areas below or adjacent to avalanche-prone terrain.