Colorado Avalanche catch up to first-place Vegas Golden Knights on scoreboard, in standings 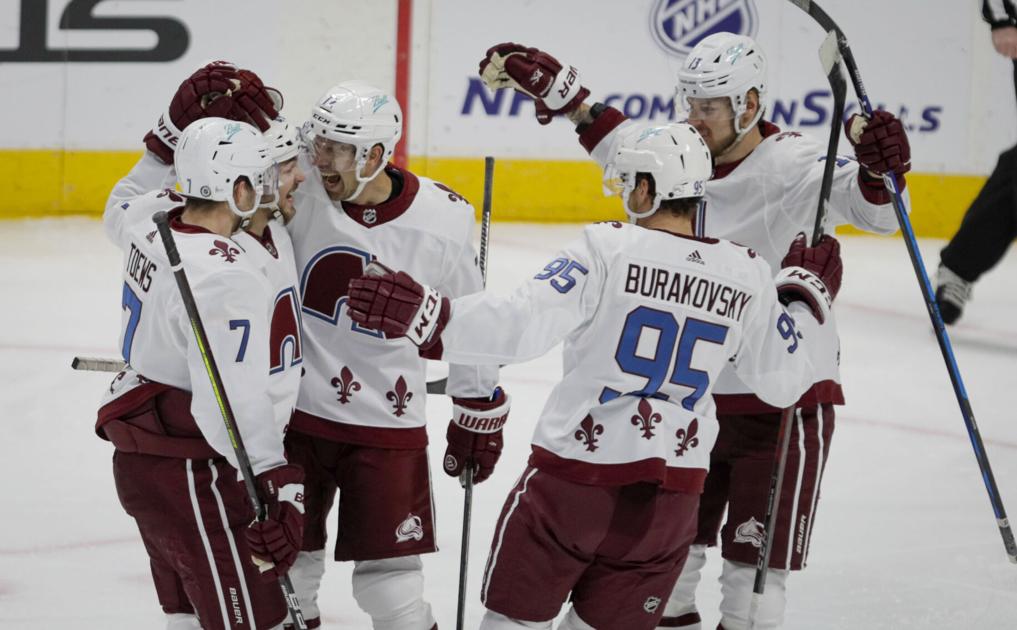 DENVER — The win didn’t please everyone, but at the end of the night, Colorado caught Vegas at the top of the West Division.

The fourth line connected twice and each player on it was plus-3 as the Avalanche recovered after allowing a goal 40 seconds into the game. In the second period, the hosts scored four times unanswered on the way to a 5-1 win Thursday night at Ball Arena.

Coach Jared Bednar repeatedly praised his players’ intentions but wasn’t impressed by the performance against the best in the West, calling it “just OK.”

“I thought it was a grind for our guys tonight,” he said.

It became clear it wasn’t going to be Vegas’ night after all on Colorado’s third goal. It was the only goal from a defenseman, but it looked like it came from a star forward. Cale Makar took a pass from Logan O’Connor and went in alone. With Vegas defender Nick Holden along for the ride, Makar centered and beat Marc-Andre Fleury (27 saves) low.

The turnaround was complete. Max Pacioretty had scored the first period’s only goal. The puck bounced between Makar’s skates, and while he looked for it, Pacioretty corralled it, then dipped low and shoveled a shot over Philipp Grubauer.

A Samuel Girard shot deflected off a defender’s stick. With four seconds left on a power play, Joonas Donskoi tracked the errant puck and swatted it in out of midair to tie the game.

J.T. Compher then threw a shot on net that found its way past Fleury’s elbow.

“It wasn’t a great shot by any means. It was able to just squeak through,” Compher said. “But that’s the way we’re trying to play — play fast and play to the net.”

Gabriel Landeskog put in a rebound and Pierre-Edouard Bellemare finished off a 2-on-1 on either side of the second period break.

“They definitely set the tone for our team and definitely had a large part in getting the win tonight.”

Vegas had a goal challenged and subsequently disallowed for offsides, and didn’t threaten to close the gap again.

Colorado limited the Golden Knights to 19 shots on goal.

“I don’t think shots are everything, but having said that, it does give you a little bit of an indication of your defensive game,” Landeskog said.

“I’ve said it before — our game starts with our defensive commitment, and we’ll go from there. We know we can create offense.”