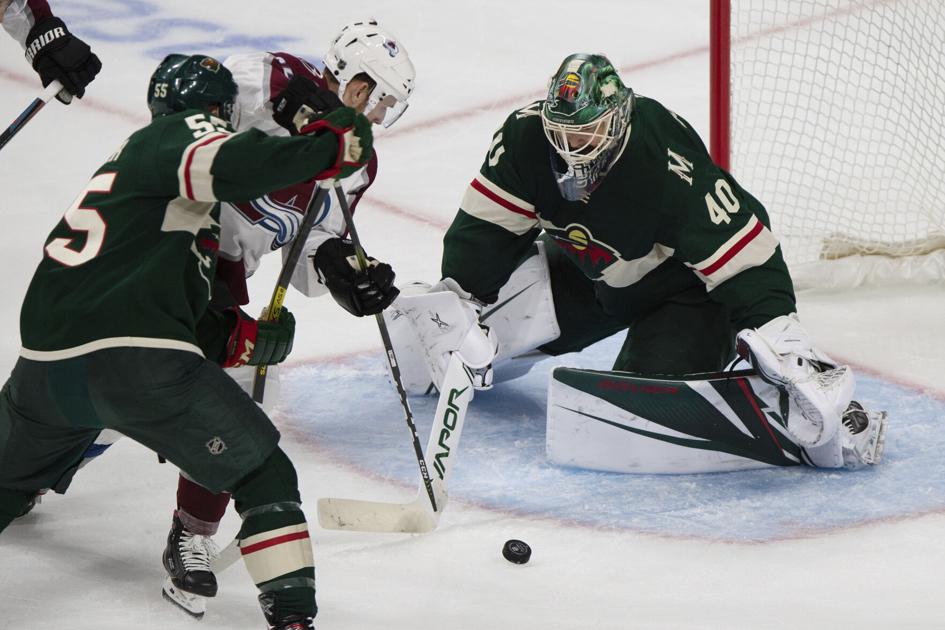 The club sent defenseman Greg Pateryn — acquired in a January trade with Minnesota — and a 2021 fifth-round pick to the San Jose Sharks.

A backup goaltender was rumored to be on Colorado’s shopping list as Monday’s trade deadline neared. Grubauer has appeared in 33 of 40 games. Several netminders have given him nights off, with inconsistent results.

Pavel Francouz, who successfully came in for Grubauer in 2019-20, has not played a minute this season and is on long-term injured reserve. Coach Jared Bednar said it’s safe to assume he won’t play this regular season.

Hunter Miska appeared in five games but won once and sports a 4.15 goals-against average. Jonas Johansson was acquired from Buffalo on March 20 and posted his first NHL shutout Friday in Anaheim. However he doesn’t have Dubnyk’s experience.

Bednar expects to use all three goaltenders as the team fights for playoff position. He said he’s considering sending out Johansson again Sunday against Anaheim.

Dubnyk could drive down to meet the team this weekend.

“We’ve got time to integrate him into our system,” Bednar said.

Dubnyk is 3-9-2 this season with a 3.18 goals-against average and a .898 save percentage. The Sharks are in the bottom half of the West Division. TSN’s Pierre LeBrun reported that Dubnyk had a 10-team no-trade list but suspected he’d join the right contender.

This is the 34-year-old’s sixth NHL team. Some of his best numbers came during six seasons in Minnesota, where Avalanche fans became well acquainted.

“Hopefully our fans will grow to like him here in the near future,” Bednar said.

Dubnyk is set to become an unrestricted free agent, but he could help the team through the playoffs and help rest Grubauer beforehand. He’s the Wild’s all-time leader in playoff games (26), wins (eight) and shutouts (two).

“We saw last year how important goalie depth is in the playoffs,” said Bednar, who saw his top two goaltenders go down in the 2020 playoff bubble.

“To be able to acquire the two guys that we’ve acquired here recently, I think it makes our team deeper and stronger.”

This is the second trade deadline deal in two days for the Avalanche, who brought back defenseman Patrik Nemeth for his second stint in Colorado on Friday.

“I think we’re pretty confident in our group to start with, but it definitely helps,” defenseman Ryan Graves said.