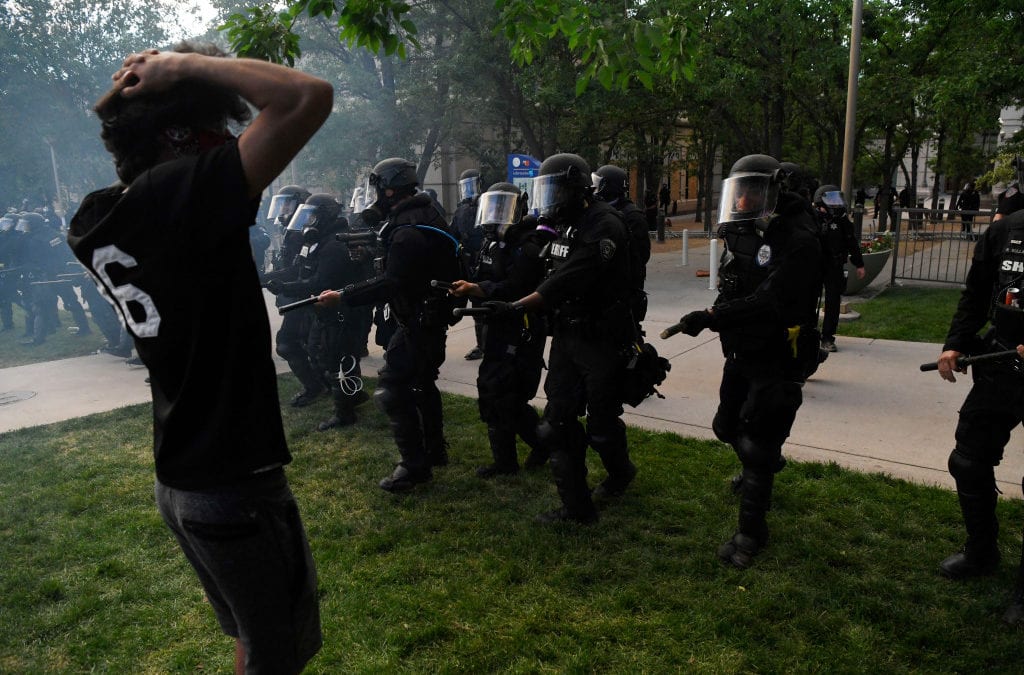 Colorado’s Attorney General on Tuesday said that his office has been conducting a broad investigation into the policies and practices of the Aurora Police Department, which also announced Tuesday it would participate in a city-led review of its policing.

The attorney general’s review is “investigating patterns and practices of the Aurora Police Department that might deprive individuals of their constitutional rights under state or federal law” for several weeks, spokesman Lawrence Pacheco said in a statement.

The state’s police accountability law, passed in June, gave Attorney General Phil Weiser’s office the authority to conduct such an investigation, which is separate from its investigation into the death of Elijah McClain.

“In order to maintain the impartiality and integrity of these investigations, the Attorney General’s Office has no further comment at this time,” Pacheco said.

Minutes before the attorney general’s announcement, the Aurora city manager and police chief announced the department will undergo a city-led review of its policies and practices with the help of a consulting firm that has helped implement federal consent decrees in other troubled police departments.

The review will evaluate “the department’s leadership structure; elevating the role of community policing and engagement; assessing current policies and practices with respect to use of force, discriminatory policing and bias-free policing practices; officer misconduct and accountability; stops, searches and arrests; recruitment, hiring and retention; interaction with vulnerable populations; and crisis intervention and interactions with individuals experiencing behavioral health challenges,” according to a city news release.

The city has contracted with 21CP Solutions, a Chicago-based firm that bills itself as a resource to cities looking to “make public safety work for everyone.” The firm’s staff and consultants include former police chiefs, the former executive director of President Barack Obama’s Task Force on 21st Century Policing, police union representatives, youth outreach experts and academics.

Federal judges have tapped 21CP Solutions to help monitor the implementation of federal consent decrees against multiple police departments, including those in Baltimore and Cleveland. Consent decrees are agreements between police departments and the federal government that require the department to make a series of changes, often as a result of a federal investigation into the policies and practices of an agency.

The review in Aurora comes after a slew of lawsuits alleging excessive force, months of intermittent protests against the department, data that shows disproportionate use of force against Black people and international attention on McClain’s death.

“We embrace this opportunity for change and are committed to evolve for the betterment of our profession, our community and the residents we serve,” Wilson said. “Law enforcement is being evaluated across the nation and we want to ensure that our entire community feels that APD is an agency that shows dignity and respect and can be a role model for 21st Century policing. We will strive daily to regain the trust in our community. I believe this review, along with actionable policy and training changes, is a good first step.”