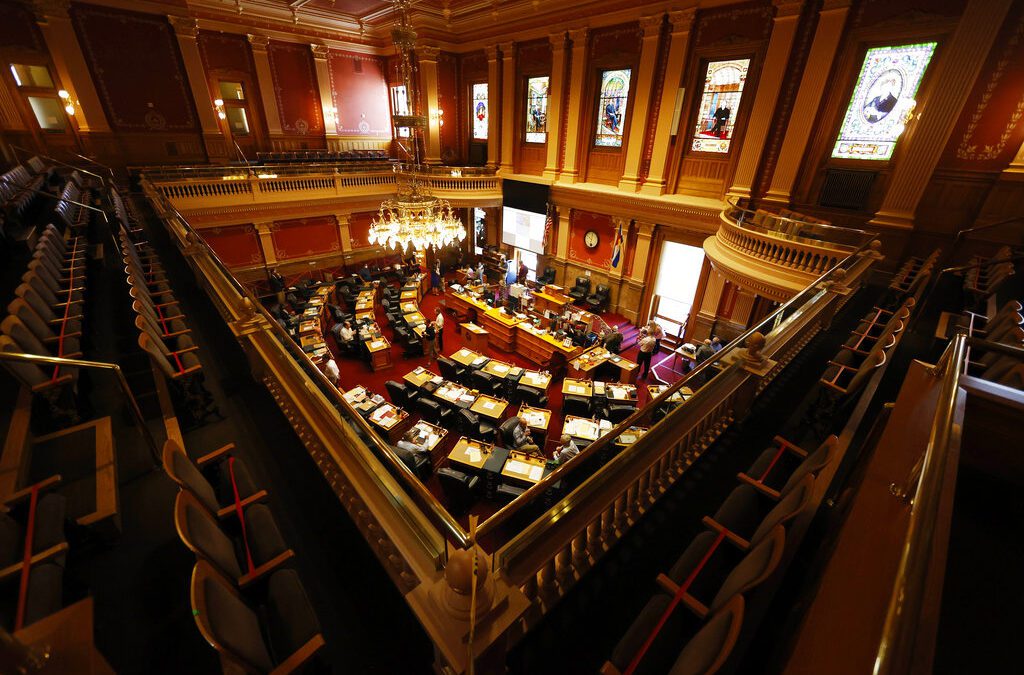 DENVER |  A Colorado appeals court panel on Wednesday reinstated a lawsuit filed by Republican lawmakers and a Colorado gun rights group challenging a “red flag” law that allows courts to order firearms taken away from people who pose a danger to themselves or others.

The lawsuit, filed in 2019, argues that majority Democrats in the House denied Republican lawmakers their constitutional right to have the red flag legislation be read in its entirety during debate. The bill was signed into law by Democratic Gov. Jared Polis, and the law took effect in 2020.

When one GOP lawmaker requested a reading, multiple clerks read sections of the bill simultaneously, the plaintiffs said. A second representative’s request that the bill be read was denied, they said. Democrats countered that the bill was being read on the floor at the subsequent request of a Republican lawmaker until he withdrew that request.

Colorado Politics reports that a three-judge panel of the Court of Appeals overturned a Denver district court judge’s ruling that the judiciary should not intrude on the prerogatives of the Legislature or other branches of government. The panel cited a Supreme Court ruling in an unrelated case that the courts can consider whether the Legislature has complied with the constitutional mandate for the reading of bills.

The panel said Republican Rep. Dave Williams and former Republican Rep. Lori Saine, now a Weld County commissioner, can pursue the case. It sent the case back to the lower court.

Colorado’s law allows family, household members or law enforcement to petition a court to have guns seized or surrendered. If a court grants the petition, a subsequent court hearing could extend a gun seizure up to 364 days.

The law places the burden of proof on the gun owner to get the firearms back by showing that they no longer pose a risk. Gun rights activists and Republicans objected to that condition and unsuccessfully tried to shift the burden of proof to the petitioner.

“This just makes my point all along: Essentially an unconstitutional bill was passed unconstitutionally,” Saine said Wednesday. “If they’re willing to abuse my constitutional rights as a state legislator, they will almost certainly abuse citizens’ rights with the red flag law.”

In a statement, Rocky Mountain Gun Owners Executive Director Taylor Rhodes said that “we are hopeful that we will win in the lower court and once and for all rid Colorado of this disastrous piece of legislation.”

The law is named after Zackari Parrish, a Douglas County sheriff’s deputy who was killed in a 2017 shooting by a man who had exhibited increasingly erratic behavior.