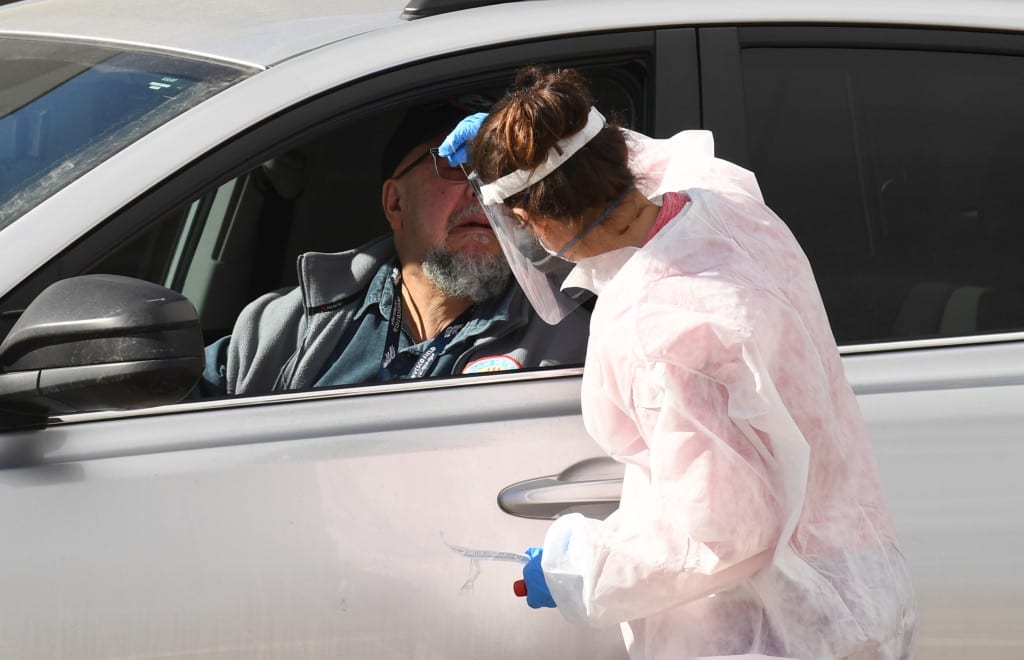 At least 179 people have now died of complications from the novel coronavirus in Colorado, while confirmed cases of COVID-19 rose to 5,429, state health officials announced Tuesday.

The 29 additional deaths announced Tuesday include a second person in their 30s and two more in their 40s, bringing to nine the number of people under 50 who have died from the new coronavirus in Colorado.

The deaths also serve as a stark reminder that the illness is still deadly — and not just to older patients — even as state health officials say the spread of the highly infectious respiratory disease is showing some signs of slowing down.

Denver surpassed El Paso and Weld counties Tuesday for the highest total deaths in the state — with Denver spiking from 16 to 31 deaths. State health officials say that doesn’t mean that 15 people died in the city overnight, but rather that’s when the numbers were reported to them by local authorities.

Although the number of people testing positive for COVID-19 continues to rise, the 257 new cases marked the second consecutive day of slower growth and was significantly lower than the April 2 peak of 450 new daily cases. The number of overall tests being reported also has fallen in recent days.

Health officials also confirmed 1,079 people have been hospitalized — an increase of 85 more patients from Monday — while there are 44 outbreaks at residential and non-hospital health care facilities. More than 28,000 people have now been tested for virus in Colorado.

Social distancing measures have made a dramatic impact on the new coronavirus’s spread, health officials said Monday, while the effects of the stay-at-home mandate should be seen in the next few days.

Since the beginning of the global outbreak, experts have attempted to model its trajectory. And in Colorado, there is debate raging as to when the virus may peak in the state.

The Colorado Hospital Association on Tuesday pushed back on a prominent national model by the Institute for Health Metrics and Evaluation that predicts the coronavirus outbreak in Colorado has peaked and the state has no shortage of ICU beds.

“Unfortunately, we believe those studies may mislead Coloradans into thinking this is behind us when in reality, it isn’t,” said Dr. Darlene Tad-y, vice president of clinical affairs, in a statement. “That data doesn’t align with what is actually happening in Colorado hospitals currently – which we are tracking very closely.”

The Institute for Health Metrics and Evaluation model estimated that the state reached its peak for hospital bed usage on Saturday when it needed 133 ICU beds and 113 ventilators.

But the Hospital Association, which said it backed the model created by state officials, said there are hundreds of patients on ventilators and more than 1,000 Coloradans hospitalized.

The state Department of Public Health and Environment predicts that the number of coronavirus cases in Colorado will peak between May 8 and Sept. 14. By June 1, between 1,030 people to more than 73,000 individuals could die from complications related to COVID-19, depending on the effectiveness of social-distancing measures, according to modeling by the state health department.