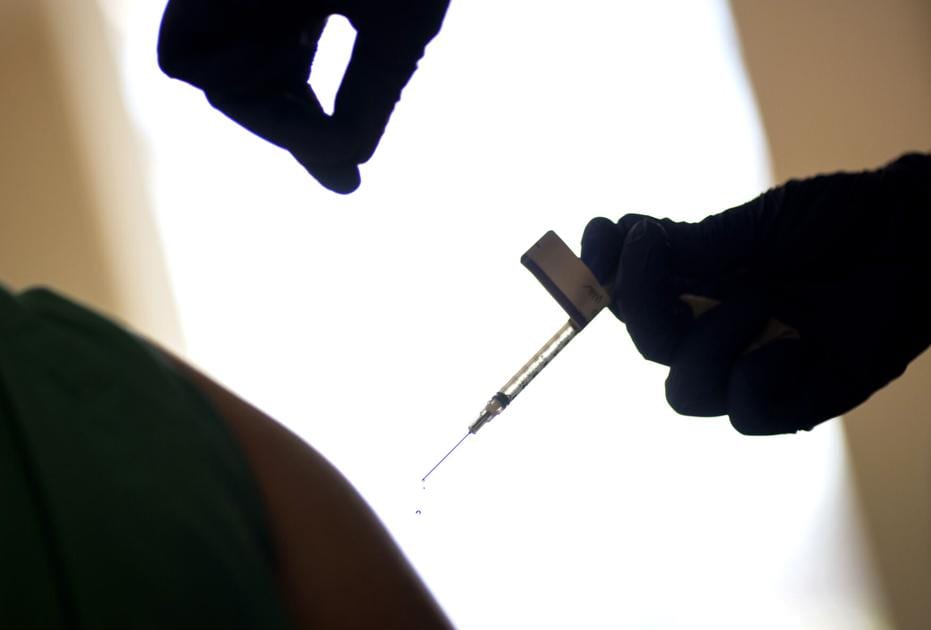 Along with other states, Colorado will be getting fewer doses of the Pfizer coronavirus vaccine than it had expected, which Gov. Jared Polis blamed on the federal government’s inability to ship available supplies.

The state had expected to receive 67,860 doses next week, but now expects only 39,780 doses, Polis said Friday at a news conference.

That’s despite each vial of the vaccine apparently containing six, rather than the expected five doses, Polis said.

As a result of the shortage, some health care workers will need to delay their first vaccination, Polis said.

Twenty-five thousand of the doses being received next week will be given to long-term care facilities’ residents and employees, while 14,000 doses will go to hospitals for front-line health care workers, Polis said, adding that the state still expects to receive 95,600 doses of the Moderna vaccine next week.

So far, 12,123 Coloradans have been vaccinated, according to a new vaccine dashboard launched Friday by the state.

Colorado is experiencing a steady downward trend in new COVID cases “not commonly seen across the country right now,” state epidemiologist Dr. Rachel Herlihy said, adding that the state has “bent the curve” following Thanksgiving and is “starting to see clear improvements” in hospitalizations.

The state’s positivity rate is dropping — down to around 7% from a high of nearly 13% in mid-November, he said. The World Health Organization this spring recommended a rate of no more than 5% for communities to reopen businesses and other activities.

One in 59 Coloradans is estimated to be contagious, Polis said, down from estimates of one in 40 earlier this month.

In El Paso County, hospitalizations this week were nearly half of what they were the week prior, the county health department said Friday. The county saw 82 hospitalizations from Dec. 11-17, down from 160 Dec. 4-10, according to a news release. The county has seen nearly a 30% drop in 14-day incidence levels, according to data available on its website. Deaths have also dropped, from a seven-day average of seven on Dec. 8 to three and a half on Thursday.

State officials have been left to wonder why shipments of the Pfizer vaccine, the first to be approved by the Food and Drug Administration and Centers for Disease Control and Prevention for delivery, are under initial estimates when the company says it has stockpiles in its warehouse.

“This is disruptive and frustrating,” Washington state Gov. Jay Inslee, a Democrat, wrote on Twitter Thursday after learning from the CDC that the state’s allocation would be cut by 40%. “We need accurate, predictable numbers to plan and ensure on-the-ground success.”

California, where an explosion in cases is straining intensive care units to the breaking point, will receive 160,000 fewer vaccine doses than state officials had anticipated next week.

In Washington, D.C., two senior Trump administration officials, who spoke on condition of anonymity, said states will receive their full allocations, but misunderstandings about vaccine supplies and changes to the delivery schedule may be creating confusion.

One official said the initial number of available doses that were provided to states were projections based on information from the manufacturers, not fixed allocations.

The two officials also said that changes the federal government made to the delivery schedule, at the request of governors, may be contributing to a mistaken impression that fewer doses are coming. The key change involves spacing out delivery of states’ weekly allocations over several days to make distribution more manageable.

“They will get their weekly allocation, it just won’t come to them on one day,” one official said.

Pfizer made it clear that as far as production goes, nothing has changed.

“Pfizer has not had any production issues with our COVID-19 vaccine, and no shipments containing the vaccine are on hold or delayed,” spokesman Eamonn Nolan said in an email. “We are continuing to dispatch our orders to the locations specified by the U.S. government.”

The company said in a written statement that it “successfully shipped all 2.9 million doses that we were asked to ship by the U.S. government to the locations specified by them. We have millions more doses sitting in our warehouse but, as of now, we have not received any shipment instructions for additional doses.”

The federal officials said Pfizer committed to provide 6.4 million doses of its vaccine in the first week after approval. But the federal Operation Warp Speed had already planned to distribute only 2.9 million of those doses right away. Another 2.9 million were to be held at Pfizer’s warehouse to guarantee that individuals vaccinated the first week would be able to get their second shot later to make protection fully effective. Finally, the government is holding an additional 500,000 doses as a reserve against unforeseen problems.

Pfizer said it remains confident it can deliver up to 50 million doses globally this year and up to 1.3 billion doses in 2021.

The U.S. added a second COVID-19 vaccine to its arsenal on Friday as the outbreak passes through its most lethal phase yet, with the nation regularly recording more than 3,000 deaths per day.

The vaccine developed by Moderna received FDA approval Friday, clearing the way for its use to begin as early as Monday in the biggest vaccination drive in American history.

The goal is to vaccinate 80% or so of the U.S. population by mid-2021 to finally conquer the outbreak.