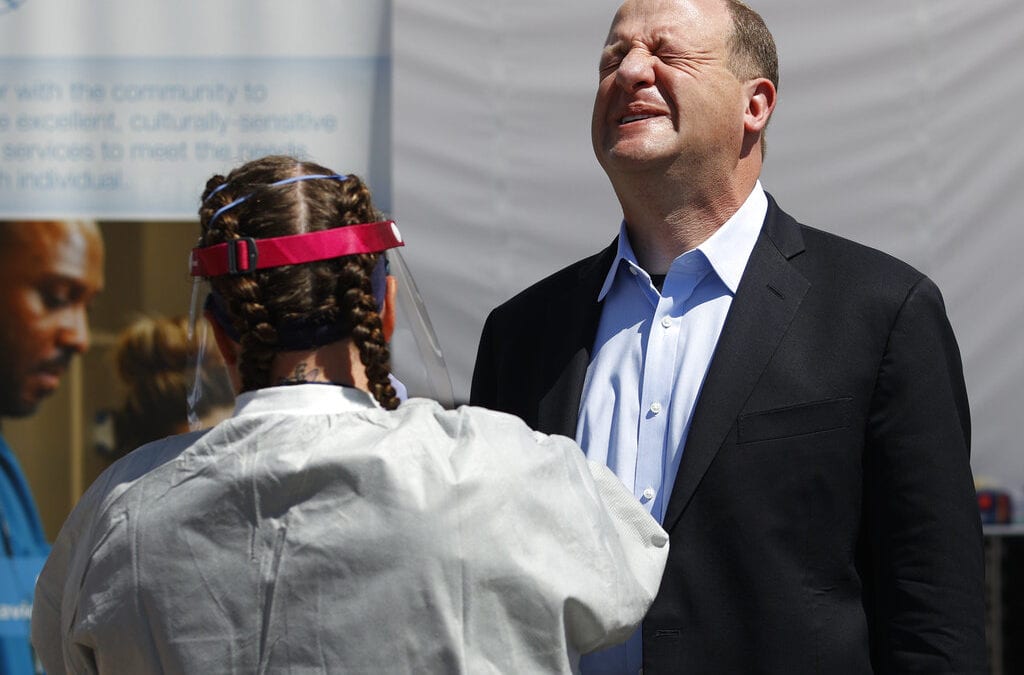 LAKEWOOD | Colorado is opening up its free coronavirus testing to any residents with flu-like symptoms plus workers who have frequent contact with others in public settings but feel healthy, Gov. Jared Polis announced Monday.

The change in testing policy is happening because the state can now process about 10,000 coronavirus tests daily but is not using its full capacity, Polis said.

Previously, a lack of testing supplies and protective equipment limited testing mostly to people in hospitals and health care workers. People with less serious symptoms were told to isolate at home.

Workers who can get the testing even though they feel healthy would include those with jobs such as health care workers and first responders and others deemed essential workers, Polis said.

Polis made the testing change announcement from the parking lot of the STRIDE Community Health Center in the Denver suburb of Wheat Ridge as people drove up nearby to be tested and he took the test to show how journalists how easy it was. A worker wearing a face shield, n95 mask and protective gown put a swab up Polis’ nose, causing him to wince just a bit. The test was over in seconds.

“Getting tested is a real important part of our process of making progress against this virus,” Polis said.

People who want the free tests can contact their doctors or visit one of 30 community testing sites around the state, he said.

National Guard members have been helping state officials perform repeated tests of people in nursing homes to identify infected people, including those who are not symptomatic, in an an attempt to prevent further outbreaks.

STRIDE has performed about 10,000 swab tests since early March with about 21 percent of them coming back positive, said Dr. Savita Ginde, the company’s chief healthcare officer, said.

The company has conducted about 2,000 blood tests that detect antibodies that develop in people who currently or previously had COVID-19. About 9 percent of those tests have been positive, she said.

Polis said the nasal swab test is more accurate than a rapid test he received while visiting the White House last week. Swab test results are usually known with a day or two, he said.

Polis also said that he planned to release guidance on how restaurants would be allowed to reopen later Monday or on Tuesday so owners can prepare to resume operations.

The restaurants must rely on outdoor seating on sidewalks and parking lots and, in some cases streets, in order to give customers enough space to comply with social distancing while doing enough business to be profitable, Polis said.