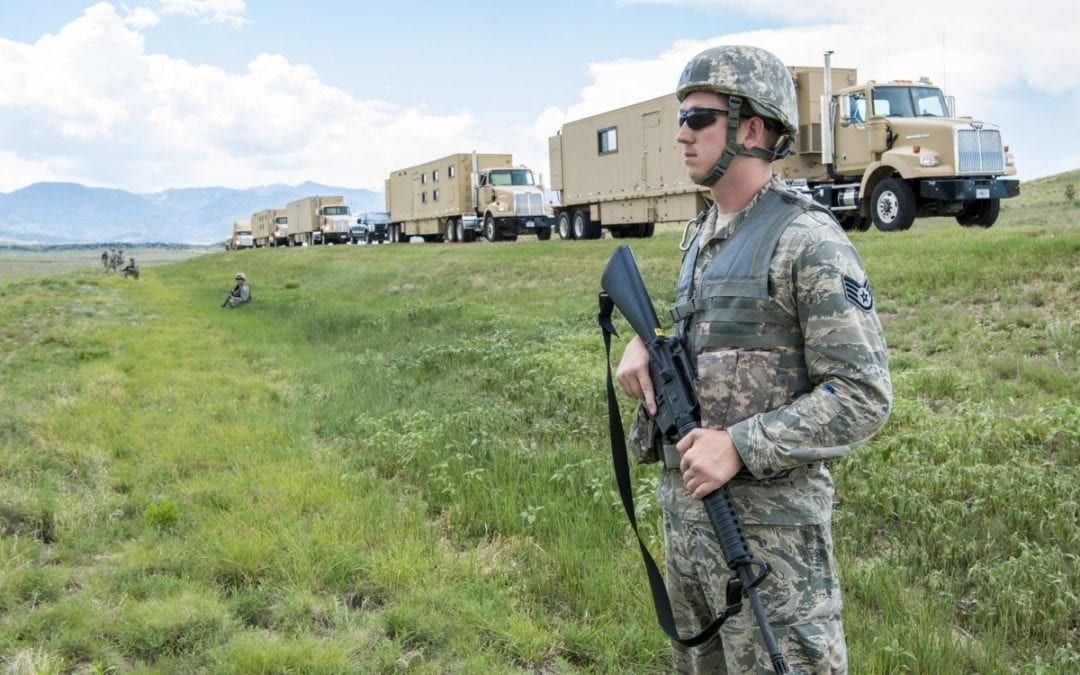 As U.S. Army Brig. Gen. Laura Clellan said: “It was only a few years ago when you could not be out in the military if you were a member of the LGBTQ community. There are senior leaders in the Colorado National Guard today who served under ‘Don’t Ask, Don’t Tell‘ and had to live a closeted life to be able to serve their country. Those who served under DADT are now grateful for being able to be themselves in uniform and contribute to the mission without looking over their shoulders.”

Maj. Noelle Roe, state equal employment manager for the Colorado National Guard, said, “Colorado National Guard senior leaders have made diversity and inclusion a top priority in recent years. When a soldier or airmen joins our organization, they bring with them their unique perspective, life experiences, racial and ethnic cultures, and various sexual orientations.”

Roe followed this up by further emphasizing the importance of diversity, saying, “As an organization, we appreciate and celebrate those differences and recognize how our differences enrich our force. Celebrating who we are and our differences are exactly what makes the Colorado National Guard a unique, yet effective, fighting force. As National Guardsmen, we look like and represent the communities we come from, which resonates with communities across the entire state of Colorado.”

“I’ve grown a lot in my time with the military, and, honestly, I think the Air Force as an institution has grown a lot too. We all define ourselves in different ways, and being gay is something that I am, not something that I have chosen,” McCollum says. “I’m a huge fan of music and would much rather spend the time figuring out where we intersect in our musical preferences.”

Since the repeal of DADT in 2011, diversity and inclusiveness have been encouraged more than ever in the military and have enabled service members like McCollum to express themselves more freely in their careers.

“Under DADT, I definitely felt an apprehension to tell others I was gay,” he said. “I didn’t want everyone walking on eggshells around me worrying about what they could or couldn’t say in this ‘New Air Force.’”

In 2015 McCollum transferred from the Air Force Reserve to the COANG and cross-trained to Cyber Transport in the Communications Squadron at the 233rd Space Group in Greeley, Colorado.

“It’s by far the best move I could’ve made,” he said. “Everything about the Guard has been a home run. I love my job; I love the base up at Greeley and all the guys and gals I get to work with every day.”

In the 10 years since McCollum enlisted, he said he’s experienced a shift in climate concerning the level of acceptance and inclusion within the military.

“As a litmus test, you can really see a change in how the jokes have changed,” McCollum said. “Ragging on each other is something that, to me, exemplifies the unique work-life balance that we have in the military, and I think it’s vital to unit cohesion.”

The difference, according to him, has been an awareness in finding humor in external factors.

“It’s become much more common to see those jokes based on things someone can control; for example, jokes being made about a person’s choice of words versus jokes about something someone can’t control.”

Humor is a tool that he said he’s used to gauge others in his environment.

“I’ve always felt that if you can’t make others laugh without bringing race, sexuality, gender, or disability into the punchline, then maybe you just aren’t that funny.”

It seems a great challenge for an organization to encourage service members’ self-expression, while at the same time, there are those who might still feel uncomfortable with having a gay coworker. “It’s all about visibility,” McCollum said. “It’s easy at first to be apprehensive about someone’s sexuality; then, you meet someone of a different orientation, and they just aren’t what you pictured. Visibility breaks down barriers quicker than anything else.”

He said that he still keeps in mind that being out in the military is a relatively new change. “That apprehension has dwindled over time, but it’s still not the first thing I’m going to lead with when I meet somebody new.”

Based on his own experiences, McCollum offered guidance to any incoming service members or others who are apprehensive about coming out to their coworkers.

“I would remind them that they can tell as much or as little as they are comfortable to their fellow service members,” he said. “You have no obligation to open up about your sexuality or your gender identity to anyone if you aren’t ready.”

He further reinforced that some military members are still getting accustomed to the idea of having openly gay coworkers.

“People are curious, and sometimes boundaries get crossed, but stay patient, and be communicative about your feelings. Never doubt the fact that there are a lot of good people who are ready to listen when you are comfortable enough to open up to them.”