Colorado aids immigrants during pandemic, but need is much larger 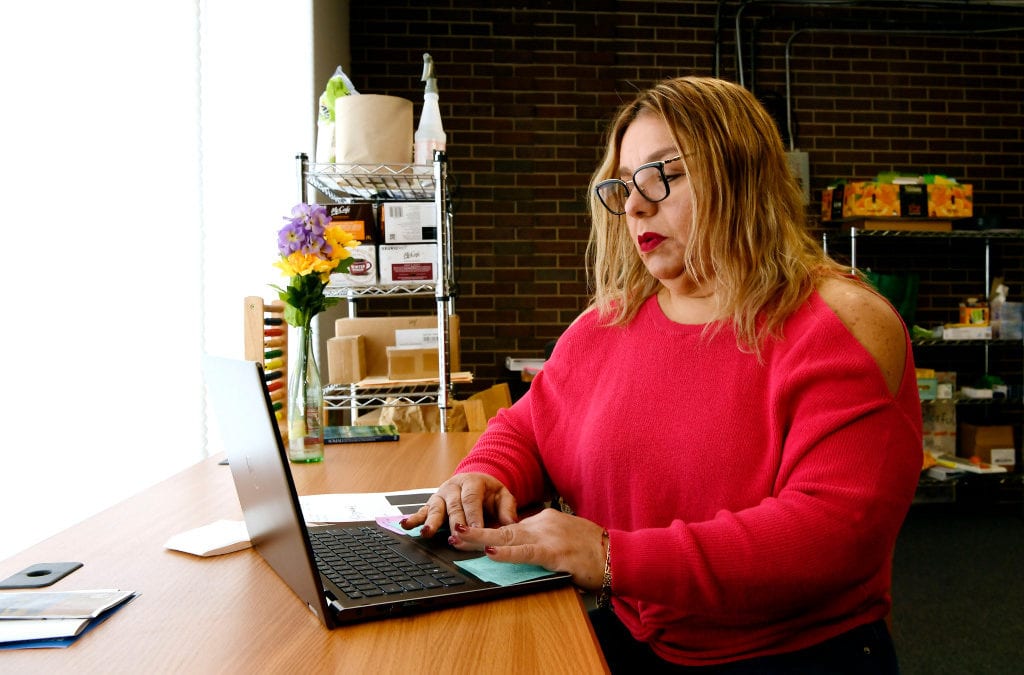 Like many parents during the COVID-19 pandemic, Flor’s top worry is her teenagers: Are they focused and absorbing information during remote learning? Are they socializing enough? Are they finding joy, despite not being able to go out much?

Add to that her own anxieties of protecting her family from getting infected — and her husband’s reduced hours at work, prompting worries about how they’re going to pay the bills.

Most struggling Coloradans in similar situations have had ample safety nets to catch them. But for Flor and her husband, who are living in the country illegally — while having two children who are U.S. citizens — there have been fewer options to seek help. They also lack health insurance. And amid a global health crisis and economic recession, they and other Latinos have been disproportionately affected by the pandemic.

Colorado’s elected officials have sought to fill in part of the gap, as have local governments, community groups and nonprofits. Through one such program, Flor and her family, who live in Commerce City, received rental assistance that eased their burden for more than two months.

Immigration activists have called on Congress to make more federal resources available to those they say are often left behind.

They include workers who lack legal documentation and people in mixed-legal-status families — many of whom work in essential service jobs that put them at higher risk of exposure to the coronavirus.

Money made available by the state so far is small compared to what the workers would receive if they were eligible for unemployment insurance, said Mark Newhouse, cofounder of the Left Behind Workers Fund.

In May, Gov. Jared Polis, a Democrat, directed $10 million of the state’s share of federal CARES Act pandemic aid to rental and mortgage relief as well as direct cash assistance for people in low- to moderate-income households. The state allocated $3 million of that to the Left Behind Workers Fund to distribute rental assistance to people living in the country illegally, who are ineligible for other assistance such as unemployment, direct federal stimulus or food benefits.

During the recent special session of the General Assembly, the state legislature set aside $5 million for nonprofits specifically to provide direct cash assistance to these types of workers. That was on top of $54 million in funding for emergency housing assistance for all Coloradans.

It’s a start, but Newhouse said it’s not nearly enough to help the estimated 30,000 to 40,000 immigrant workers who are ineligible for unemployment benefits but meet the criteria for the special assistance.

His fund has distributed nearly $11 million. In addition to the CARES Act money, it gave $8.7 million in direct cash payments to workers living in the country illegally, paid for by private donors, the city and county of Denver, and Adams County government.

“It’s a very important contribution, but the reality is that these workers … most of them receive a pay stub and that means their employer is contributing on their behalf to the unemployment insurance fund,” Newhouse said.

The Left Behind Workers Fund, which has partnered with 40 other organizations, says more than 8,700 workers have received direct cash assistance and more than 800 households have received rental grants. The $5 million recently approved by the legislature will allow community groups to reach another 5,000 people.

Flor’s family has been among recipients of rent assistance through the fund. Her husband was working full time in construction before he was laid off for three months, she said. He then got called back into work, but for only 25 hours per week.

The couple was able to cover two and a half months of rent with the grant, which came as a huge relief, Flor said.

In the last week, however, Flor’s husband only worked 10 hours. She worries that with a rise in COVID cases, reduced work hours will continue. And they’re not sure what they’ll do.

But Flor’s worries aren’t just about the work and bills. They’re also about the health and safety of her family.

The Centers for Disease Control and Prevention released a report earlier this month showing the continued disproportionate impact of COVID-19 nationally on people who are Hispanic or Latino, including in Denver.

The research study notes that, between March 6 and Oct. 6, Latinos and Hispanic people made up the majority of Denver’s adult COVID-19 cases at 54.8%, hospitalizations at 62.1% and deaths at 51.2% — nearly double the proportion of Hispanic or Latino adults living in Denver. The report cited systemic issues that contributed to the higher case counts, including larger households involved in reported exposures and a higher likelihood to work in essential industries, as well as more people going to work while ill.

Between March and early December, 29.4% of those hospitalized in the state were Hispanic or Latino, much higher than their 21% share of the state population. In that same time period, they accounted for about 15% of COVID deaths, though not all cases had been recorded yet.

The issues were exacerbated for families who lacked access to benefits such as health insurance, unemployment insurance or disability assistance, according to the CDC study.

“Undocumented and mixed-status (families), they’re dealing with something different than anyone else,” said Amanda Blaurock, executive director of The Village Exchange Center in Aurora. “They’re the most underserved of any population in the country.”

Many don’t have access to child care support or high-speed internet, which many students have had to use for remote learning during the pandemic, she added.

The center helps connect refugees and immigrants to the resources they need and is a partner of the Left Behind Workers Fund.

Aliria Bello, who works at the center, says it has been inundated with requests for help since the pandemic started. But not everyone qualifies for the mortgage or rental assistance available. She works as an application screener.

“That’s been a great help for them,” Bello said, adding that the need has increased recently. “Some people are laid off again and they don’t have a way to cover all their needs.”

Such challenges are partly why members of the Colorado Democratic Latino Caucus felt that representation in government — and the roles they played during the special legislative session — were so important this year.

Their communities not only had seats at the table, but the caucus members led the discussions, said Sen. Julie Gonzales, a Denver Democrat. The members represent both rural and urban areas in Colorado. The economic-recovery and relief bills they helped pass didn’t just help immigrant workers who are ineligible for regular assistance. They also helped other individuals and families in their communities, as well as small business owners.

“A lot of us made the decision intentionally to be there in person so that we could serve on these committees and that we could run the bills, and that we could make sure that equity was a key part of every single one of the policies being put forward,” said Gonzales, a sponsor of the bill to provide housing and other direct COVID emergency assistance.

Although the bipartisan bill that set aside $5 million for immigrants ineligible for other types of assistance met minor pushback from some Republicans, it easily made its way into law.

“We don’t have that power in the building, and we were not willing to hold off on relief for Coloradans to fight over that very small portion of the pie,” said Sage Naumann, a spokesman for the minority Senate Republicans.

Other bills provided tax relief to restaurants and bars, child care assistance, energy and utility assistance, and relief to small and minority-owned businesses. Both Republicans and Democrats, however, recognized that the three-day session made only a dent in larger needs, and lawmakers are preparing for more relief legislation in January.