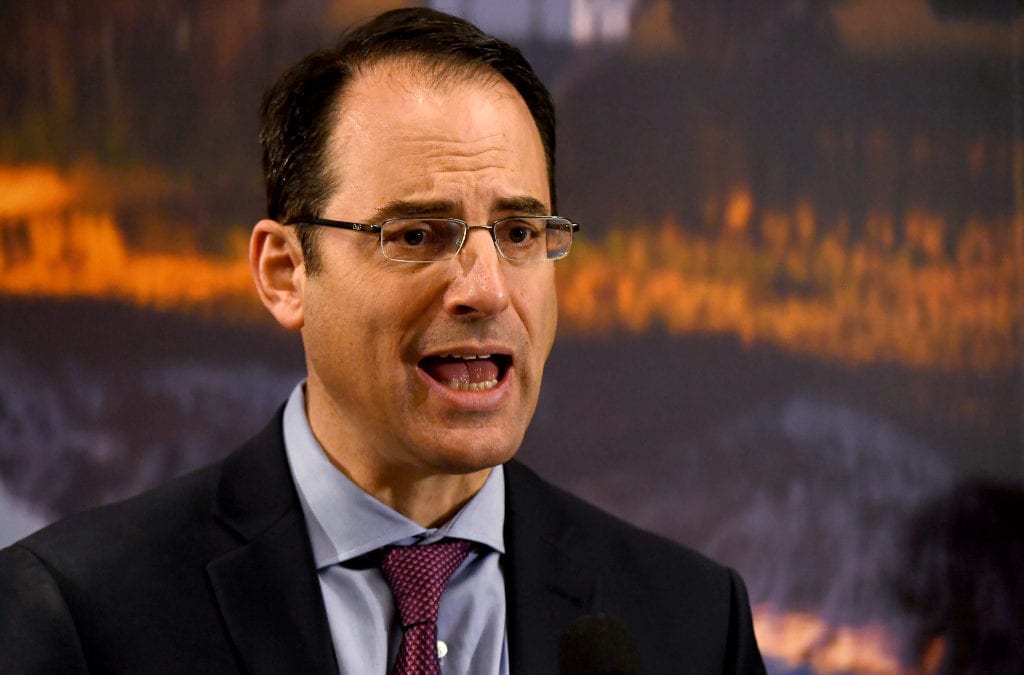 Colorado Attorney General Phil Weiser on Wednesday forcefully pushed back on new federal campus sexual-assault rules that would bolster the rights of the accused, promising to fight the U.S. Department of Education in court.

“The state of Colorado will challenge the U.S. Department of Education’s new rules under Title IX that weaken protections for victims of sexual assault and harassment on Colorado’s college and university campuses and undermine the ability of Colorado to adopt more protective approaches than required by the federal government,” Weiser said in a statement. “The new rules mandated by the federal government threaten to prevent or discourage victims from coming forward and receiving the justice and protection they deserve.”

The U.S. Education Department on Wednesday finalized campus sexual assault rules that bolster the rights of the accused, reduce legal liabilities for schools and colleges, and narrow the scope of cases that schools will be required to investigate.

The change announced by Education Secretary Betsy DeVos reshapes the way the nation’s schools respond to complaints of sexual misconduct. It is meant to replace policies from the Obama administration that DeVos previously revoked, saying they pressured schools to deny the rights of accused students.

“Today we release a final rule that recognizes we can continue to combat sexual misconduct without abandoning our core values of fairness, presumption of innocence and due process,” she said. “This empowers survivors with more tools than ever before.”

The Obama administration, by contrast, used a wider definition that included a range of conduct that “interferes with or limits” a student’s access to the school. It said that could include “unwelcome sexual advances, requests for sexual favors and other verbal, nonverbal or physical conduct of a sexual nature.”

Colorado’s colleges and universities already have effective policies that balance support for victims of sexual assault and harassment and due process for the accused, Weiser argued in the statement, adding that schools shouldn’t be forced to choose between keeping their policies and losing federal funding.

The new federal proposals received pushback from Colorado schools when they were first unveiled in November 2018.

“In Colorado, we are standing up against this unwise and unjust federal preemption of our authority that would replace our time-tested Colorado-based approaches with an untested plan developed at the federal level,” the attorney general said. “Our institutions of higher education are dedicated to maintaining the sound policies, procedures, and state laws currently in place, and we will fight in court for their flexibility to do so.”

DeVos’ policy adds new measures intended to make sure students accused of sexual misconduct are judged fairly in campus disciplinary hearings. Students on both sides must be given equal access to evidence gathered in the school’s investigation and be allowed to bring an adviser, which can be a lawyer, to the proceedings.

Chief among the changes is a policy requiring colleges to allow students on both sides of a case to question one another during live campus hearings. The questioning would be done through representatives to avoid direct confrontation, but opponents have said it’s a cruel policy that forces victims to relive the trauma of sexual violence.

Democrats and education groups had asked DeVos to delay any changes until after the coronavirus pandemic, saying colleges don’t have time to implement new federal rules while they respond to the crisis.