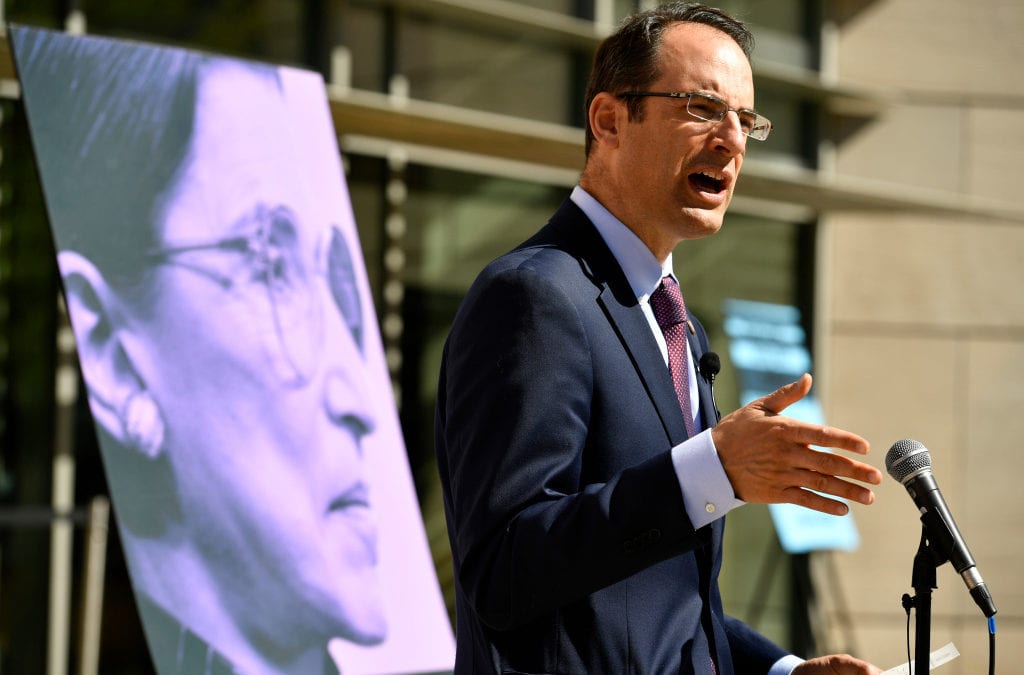 If political activists gather at any of Colorado’s polling locations or ballot drop boxes and intimidate voters during the upcoming election, Attorney General Phil Weiser said, his office will prosecute.

Colorado’s mail-in voting system sharply reduces the chances of mass voter intimidation schemes, Weiser said. And so far, there haven’t been any rumblings about organized efforts to do so.

But Weiser said he’ll be watching.

“It is a crime. It’s a crime to take seriously,” Weiser told The Denver Post.

White supremacy is a threat to the soul of America. We must work together to address the rising tide of hate. When hate turns to voter intimidation, it becomes a crime. For that matter, any voter intimidation is a crime and will be prosecuted. #democracy pic.twitter.com/wwQmEa2Puz

Concerns have been mounting since President Donald Trump and others have called the legitimacy of the country’s election system into question and encouraged poll-watching.

“I am urging my supporters to go into the polls and watch very carefully,” Trump said recently.

Already Republicans are recruiting tens of thousands of volunteers to act as “poll watchers” in November.

While there are legal ways to act as a poll watcher, attorney generals across the country have also taken notice and warned that if the practice morphs into voter intimidation they will prosecute.

“I am discouraged and dismayed that (Trump) has made statements that seek to undermine the faith and confidence in our elections,” Weiser said. His statements “can be interpreted as encouraging individuals to show up and give people a hard time. That’s not the way we do things here in Colorado. There’s no role for citizens to show up at poll sites and making it harder to vote. Indeed, doing so could be a crime.”

Voter intimidation is a misdemeanor, he said, punishable by up to a year in jail and a $1,000 fine.

The nature of Colorado’s election system reduces the risk of widespread voter intimidation because the vast majority of voters return their ballots at 24-hour drop boxes or through the mail over the course of weeks, rather than voting on a single day.

But Colorado’s election takes place over weeks, not a single day, and the vast majority of voters return their ballots by mail or by 24-hour drop boxes which would reduce — if not eliminate — their potential to be intimidated.

Still, up to 7% of voters in the state — tens of thousands of people — do vote in person, Secretary of State Jena Griswold said.

Griswold encouraged voters of all political stripes, including Trump’s supporters, to work as election judges and poll watchers as permitted by law.