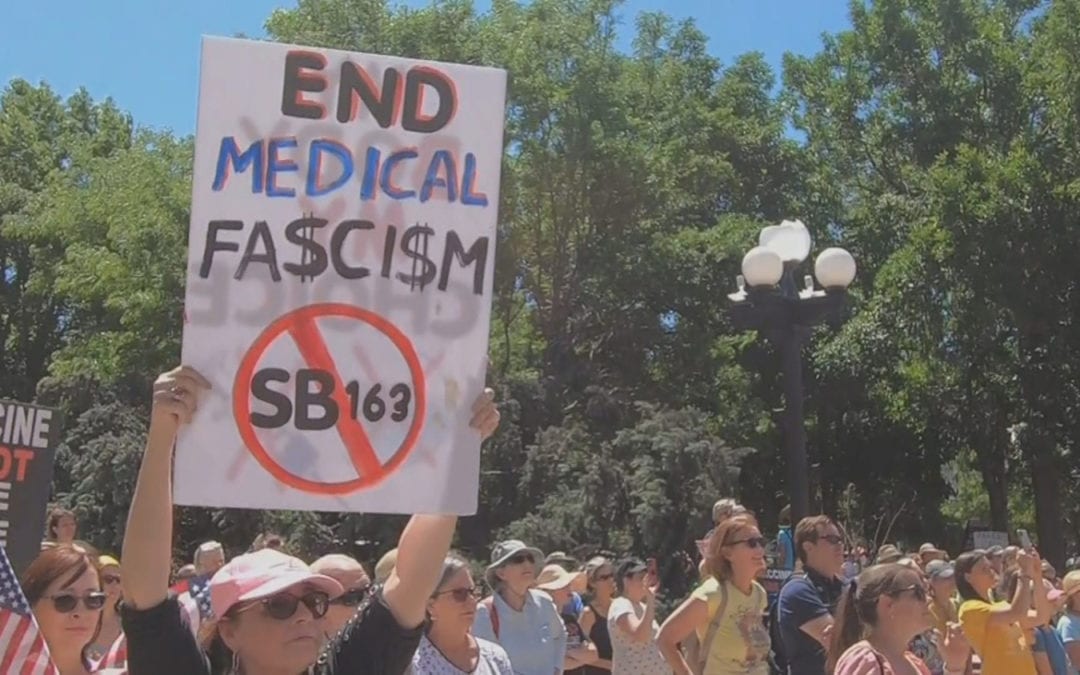 As the coronavirus pandemic continues to promote a climate of fear and anxiety regarding public health, a bill to restrict access to religious vaccine exemptions for school attendance is sailing through the Colorado legislature—but not without a fight.

According to The Denver Post, nearly 1,000 people gathered inside and outside the building to protest Senate Bill 163, just blocks away from ongoing protests over the police death of George Floyd.

After a hearing that offered 90 minutes of debate for the bill’s opponents and proponents, SB 163 bill passed through the Health and Human Services Committee in the Senate by a 7-4 vote on party lines.

The bill would require parents and guardians seeking nonmedical vaccine exemptions for their children to either have an exemption signed by a doctor watch an online educational video about vaccines and get a certificate of completion. The bill also calls for improving anonymous data collection about exemptions within Colorado’s childhood vaccination database, with information to be distributed annually about each school’s vaccination rate.

Under current law, parents simply submit nonmedical exemptions through an online form. Proponents of the bill are also careful to note that some aspects of the bill are being misrepresented or exaggerated, such as the inclusion of homeschoolers or the requirement of influenza or coronavirus vaccines.

Rep. Kyle Mullica (D-Northglenn), a sponsor of the bill, said that the bill is needed in order to boost Colorado’s vaccination rates—the lowest in the country—without using excessive coercion.

“The status quo has gotten us to where we are today, which is last in the country (in immunization rates),” said Mullica, adding that Colorado is, at this point, not going as far as other states like New York and California which have completely removed all nonmedical exemptions for schoolchildren. “Something has to change.”

Outside the building, a protest of nearly 1,000 strong was led by Robert F. Kennedy Jr.

“What they’re doing today is antithetical to every value the Democratic Party has expressed in over 200 years of history,” Kennedy said.

Bobby Kennedy gets the crowd riled up. “What they’re doing today is antithetical to every value the Democratic Party has expressed in 200 years of history.” #copolitics #coleg pic.twitter.com/bPfd9joCBD

Conservative commentator Michelle Malkin also lent her voice to the protest against the bill.

Actor Theo Wilson told the post that most people in “the anti-vaccine movement” don’t want to be a part of it, but they “woke up to a nightmare of finding out their kids were injured by vaccines.”

Wilson, a progressive, added that he never thought he would align with so many conservatives on an issue, but “my only allegiance is what’s going to help my community.”

The bill is set to be heard Tuesday morning in the House Appropriations Committee. If you are a Coloradoan, call your representative and state senator today and urge them to oppose SB 163.

However modest the restrictions may be, it should never be within the scope of government power to interfere with medical decisions made by a parent and their child’s care providers.

If you appreciate the work we are doing to fight the leftist assault on our values, to help us continue. Thank you so much!