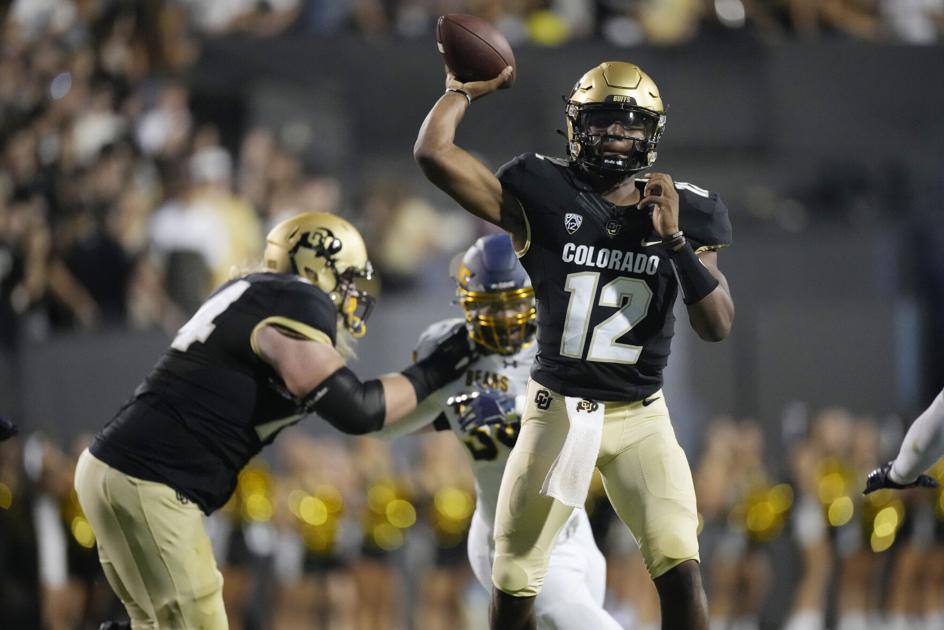 There was some early bending, but the Buffaloes defense, under first-year coordinator Chris Wilson, didn’t break until the final play of the third quarter.

Northern Colorado quarterback Dylan McCaffrey completed 15- and 14-yard passes on the Bears’ first two plays to get near midfield, but the drive ended in a punt, the result of UNC’s first five drives.

Colorado junior cornerback Mekhi Blackmon ended the Bears’ sixth drive with an interception in the end zone after McCaffrey overthrew his target just before halftime.

The Buffaloes limited the Bears to 114 yards of total offense in the first half, all but 13 of which were passing yards.

With Colorado up 21-0, McCaffrey hit Kassidy Woods for a 34-yard touchdown on the final play of the third quarter. That was the only blemish for CU’s defense in Wilson’s debut.

Brendon Lewis’s first start in Boulder got off to a slow start through the air.

The freshman quarterback only attempted three passes in the first quarter, completing two for a total of 14 yards. He finished the game 10 of 15 for 102 yards and a touchdown.

Lewis threw his first career touchdown pass with 7:02 left in the second quarter to Montana Lemonious-Craig.

Lemonious-Craig and La’Vontae Shenault were the only two receivers to catch multiple passes, and each finished with two catches for 23 yards. Alec Pell and Chase Penry, both Cherry Creek graduates, caught passes for 17 and 16 yards, respectively.

Of Colorado’s 14 first-half handoffs, 12 went to Broussard. The sophomore from Dallas got the first eight carries, including a one-yard touchdown run, before another back got a touch. Fontenot, a junior, and freshman Ashaad Clayton both gained three yards on their only touches of the first half. Fontenot’s touch came on the first play after Broussard’s touchdown, while Clayton’s followed a 30-yard run from Broussard.

Broussard led the group with 15 carries, while Clayton and Fontenot both finished with eight. Deion Smith, who finished with four carries, and Joe Davis, the recipient of five touches, did all of their work in the second half with Colorado comfortably in front.