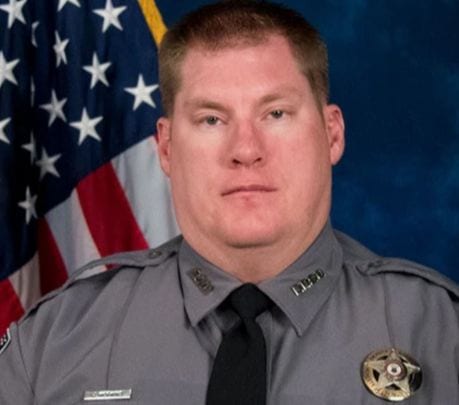 Deputy Jeff Hopkins was a 19-year veteran of the department, according to the sheriff’s office, which announced his death Thursday.

Hopkins previously worked both on patrol and at the El Paso County Jail, and most recently served as an intake and release deputy in the jail, Sheriff Bill Elder told media during a Thursday news conference broadcast by 9News.

“It’s tough when we have to do this,” he said. “He was an exceptional employee.”

Hopkins was tested for COVID-19 on Tuesday. He died before the test results came back positive on Thursday morning, Elder said. Nine deputies, including Hopkins, have tested positive for the disease, Elder said.

An investigation is underway to determine how Hopkins contracted COVID-19 and whether he had any underlying health conditions, El Paso County health officials said. They were not aware Thursday of any underlying conditions.

“We do know the course of this disease typically has a little bit of waxing and waning, you feel worse, you start to feel a little better, then the next morning you may wake up and say, ‘Oh man, it’s worse again,’” she said, and urged residents to educate themselves on when to call a doctor.

About 40 deputies and another about 30 civilians work in the intake area of the jail where Hopkins was assigned, Elder said, and some of those people may have been exposed. Hopkins took some time off in the days before he died, Elder said, which likely limited the exposure.

The sheriff’s office has taken a number precautions to protect employees from the virus, including having those who can work from home, screening people for symptoms as they come into the sheriff’s office, and setting up cleaning and disinfecting stations.

Since early March, several thousand people in Colorado have been infected with the novel coronavirus, which causes the highly contagious respiratory disease COVID-19. At least 80 people have died from the disease, according to the Colorado Department of Public Health and Environment.

The disease causes only mild symptoms in the majority of patients, but for some, particularly older people or those with underlying health conditions, the disease can be fatal.

“Today’s chapter of our COVID-19 story is a sobering reminder that the disease can affect anyone and no one is immune,” she said.

“Each tragic death from coronavirus is a stark reminder of why we need to stay at home,” he said in the statement. “We can’t thank our first responders and law enforcement enough for serving on the front lines, demonstrating in this crisis, and every day, their dedication and sacrifice.”