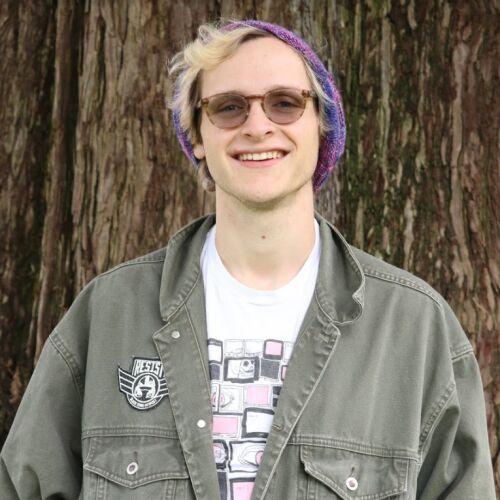 A recent college graduate from Colorado Springs, Sam Celeste, helped launched a nonviolent video game that aims to teach kids about conservation, the environment and caring for wildlife.

Celeste and his girlfriend, Michelle Olson, teamed up during their final year at the University of Southern California to bring Olson’s vision of a game with mythical creatures to life.

What started as their student thesis project in 2019 has since grown into a commercial game sold on multiple platforms.

“We wanted to make a game that had an interaction scheme where you could do something meaningful and have a meaningful interaction that didn’t involve shooting, killing, looting, or conquest,” Celeste said.

Olson, the project’s creative director, wanted to create a game that would teach kids to develop awe and wonder for nature, she said. But sometimes users were disappointed because they wanted to touch and feed the animals in the game, but that is not an option, Olson said.

“Those are some examples of the sort of values that we tried to channel through the design of the game that we would hope sort of help players understand how to be better observers and sort of friends of wildlife,” Olson said.

Celeste and Olson started development in the classroom with the help of fellow students. Then their professor encouraged them to post about the game on Kickstarter, a crowdfunding platform. That’s where the project caught the eye of a publisher, Whitethorn Games.

Olson, Celeste and their development team, known as Banana Bird Studios, teamed up with Whitethorn Games and sold the game on Xbox, Nintendo Switch and Steam, among other platforms.

“It went from just being this like little free student game to actually being able to turn into a commercial product, which was really cool,” Olson said.

The Banana Bird Studios team on a remote call.

The game, Beasts of Maravilla Island, is a 3D adventure that allows players to explore the mythical ecosystems of Maravilla as photographer.

Celeste’s design work on the project focused on the game’s granular detail such as butterflies, reptiles, and water droplets. He says the appreciation for the small stuff came from his experiences growing up in Colorado.

“I don’t think I would be working on this game if not for Colorado and the places I grew up and was around,” Celeste said.

Most of the games commercial development happened during COVID, Celeste said.

“I will say that it even though COVID added a lot of challenges,” Celeste said. “We’re thankful that it happened because I don’t think we would be where we are without them.”

Celeste and Olson said the COVID lockdown afforded them, and the other developers, the time and focus to work on the game and see it through to the end.

The game launched June 12 and since gained 7,000 users. It will be released soon on PS4.