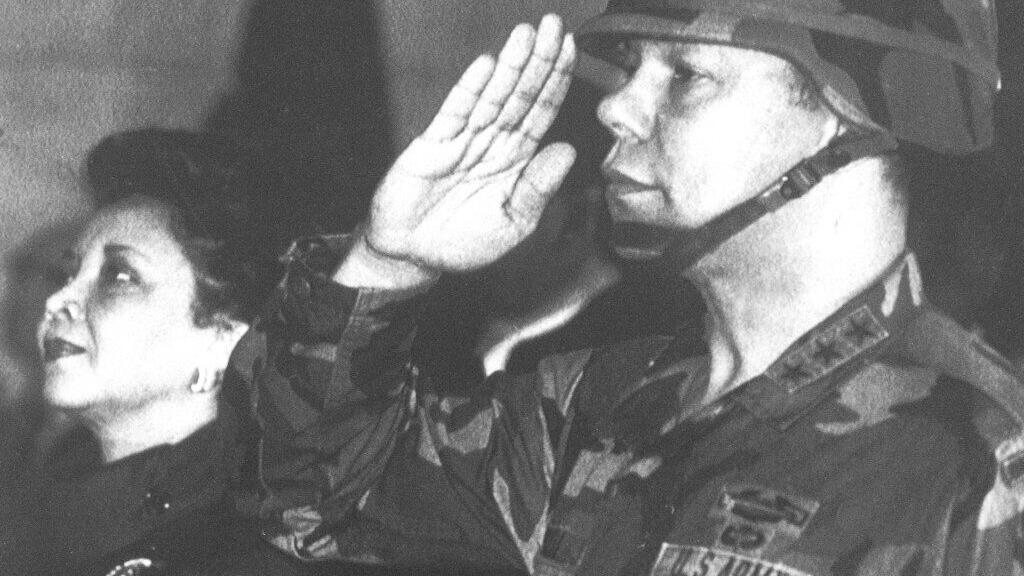 On a spring night in 1982, assistant 4th Infantry Division Commander Brig. Gen. Colin Powell sat in his home office atop a hill on Fort Carson and retooled his resume for civilian service.

Powell had been slapped with the worst performance review of his career and thought his military career had effectively been killed, he wrote in his autobiography, “My American Journey.”

Maj. Gen. John W. Hudachek, then the commander post, and a man with a hard-nosed reputation, had made no mention in his report of Powell’s potential to be a division commander, a role Powell had been sent to Fort Carson to prepare for.

“This report will probably end my career,” Powell told Hudachek, according to his telling of the incident. The report left Powell believing he would never be promoted again, Powell wrote in his book.

The incident is perhaps Powell’s most important link to Colorado Springs, but it is not the only interaction between the military leader and a city whose identity is tied to the armed forces. Powell died on Monday at the age of 84.

Powell, of course, was not felled by the bad review. Higher-up military officials intervened, believing that Hudachek had unfairly penalized Powell for speaking up about issues he believed were harming morale at Fort Carson, an “intoxicating” post in a “handsome city,” Powell thought.

During his time in Colorado Springs, one of his daughters attended Cheyenne Mountain High School and another took ice skating classes at The Broadmoor.

Powell left Fort Carson the summer of 1982 for Fort Leavenworth in Kansas. On his way out he was presented with a statue of a cowboy sculpted by Colorado Springs’ Michael Garman and departed to little fanfare. But he would cross paths with Colorado Springs more than a decade later as chairman of the Joint Chiefs of Staff.

Powell is best known for his role as the military’s top general during the 1991 Persian Gulf War. He also served as the top uniformed advisor to the president and congress as the military cut back at the end of the Cold War.

He also helped the military pick new paths, including a focus on satellites like the Global Positioning System, then a secret constellation that helped American troops find their way across the Iraqi desert.

In the 1990s Powell visited the U.S. Air Force Academy to accept an award recognizing his contributions to national security.

Powell also made a stop at Fort Carson, where his career had nearly ended. In the crowd of soldiers was 19-year-old Pvt. Nelson Vargas, whose career was just beginning.

“I’m glad to see an African American in a powerful position,” Vargas told the Gazette-Telegraph at the time. “It makes me feel proud. It gives me something to look forward to.”