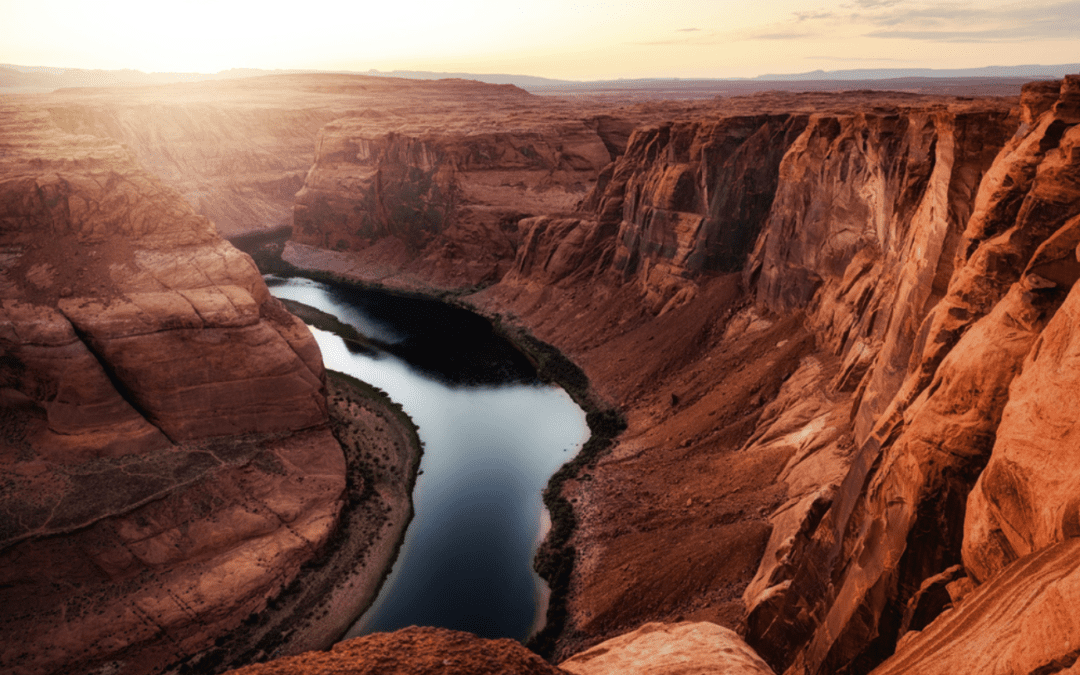 At nearly two miles above sea level, Lake Irwin lies in the heart of Colorado’s Elk Mountains. The ghostly remnants of a late-1800s silver mining camp can be found nearby. During a winter storm, you’d be hard-pressed to find anyone but the hardiest backcountry skier or snowmobiler in the area.

But that doesn’t mean that it’s “quiet” per se. On a ridge overlooking the lake, a lone, cylindrical contraption — perched atop a steel tower — periodically belches out flames.

The device is a remotely operated cloud seeding generator. When the conditions are right, it shoots a vaporized chemical solution into the atmosphere, catalyzing ice crystal formation and, subsequently, snowfall. The generator at Lake Irwin, along with its 15 counterparts around Gunnison County, together contributed into the Colorado River watershed last season.

These generators increase natural wintertime precipitation in areas that eventually feed into important waterways like the Colorado River, which nearly. For this reason, many see cloud seeding as an attractive solution to the persistent drought that has dwindled water supplies in the western United States over the past two decades. The country’s largest reservoirs, Lake Powell and Lake Mead, are at this moment.

But as the climate continues to warm, will advancements in weather modification techniques be enough?

Cloud seeding isn’t new. In 1946, self-taught chemist and General Electric employee became obsessed with finding a catalyst that could crystallize supercooled water vapor (as found in clouds at subfreezing temperatures) into snow. In his early experiments, Schaefer exhaled into a household freezer and sprinkled various substances into the air to try to induce snowfall. Nothing worked until, one day, he tried using a block of dry ice to keep the freezer’s temperature down. Immediately, his breath crystalized.

Schaefer soon took his method to the skies. He dropped dry ice out of an airplane into a storm cloud — and once again produced the desired effect. A few years later, his team discovered that silver iodide, a yellow, chemically inactive powder used in photography, was an even more effective catalyst than dry ice.

The basic materials for seeding have not changed, for the most part, since Schaefer’s time; the generator at Lake Irwin still uses a solution that contains silver iodide. What has changed is meteorologists’ ability to time and target cloud seeding operations to maximize their impact.

In 2017, a team led by University of Colorado Boulder atmospheric scientist Katja Friedrich came across the perfect conditions for an experiment. The team had and precipitation gauges at a site in the Payette Basin of western Idaho. Meanwhile, another cohort of field technicians were prepared to take flight at a nearby airfield. On Friedrich’s command, the airborne team dropped silver iodide-laden flares into clouds above the field site while the ground team attempted to measure the precipitation that resulted.

“We were lucky,” Freidrich says. “When we looked up at the seeding line there were clouds, but we didn’t see any precipitation. Most of the time you have some natural precipitation.”

Because there was no natural snowfall to muddy up the results, the researchers could see exactly how much snow fell — when and where — as a result of their seeding operation. The project was, perhaps, the first incontrovertible evidence that cloud seeding techniques worked. And it provided unprecedented insight into the perfect wind, moisture and temperature conditions for seeding operations.

The study is still producing new conclusions years later. In July, Freidrich and her team published a paper that may allow cloud seeding operations to to achieve the same results. The findings could make cloud seeding more sustainable over the long term, as that large amounts of silver iodide may accumulate in the environment and affect certain phytoplankton and soil bacteria.

Across the West, natural resource managers, municipalities and agriculture advocates are looking for new methods to rejuvenate the water supply. “Every year I’m getting more calls from people who are interested in a weather modification program for their area’s streams and rivers,” says Andrew Rickert, head of Colorado’s Weather Modification Program. “Our goal is to just keep expanding our programs.”

Because the Colorado River provides water to “Lower Basin” states like Arizona and California, Rickert’s program receives funding from that span throughout the region. While the generator at Lake Irwin impacts snowfall only in the Elk Mountains, the snowmelt that it produces could eventually be used to irrigate an almond grove in southern California, for example.

Ultimately, however, seeding operations are limited by the amount of moisture present in the atmosphere. The technique doesn’t produce precipitation from nothing — it only nudges an already supercooled cloud in the right direction. Freidrich warns against the assumption that cloud seeding could be a cure-all for western water issues.

“We can’t mitigate drought just with cloud seeding,” she says. “You really need to have these specific systems that are really moist if it’s going to work. It’s certainly one puzzle piece, but in order to really mitigate drought you need to address a lot of other issues.”

While Rickert agrees with this sentiment, he is adamant that western states must continue investing in seeding operations for now. As the climate continues to warm, natural resource managers will need to exhaust all avenues to address the water shortage. “It’s the only way,” he says, “to physically add water to the system.”