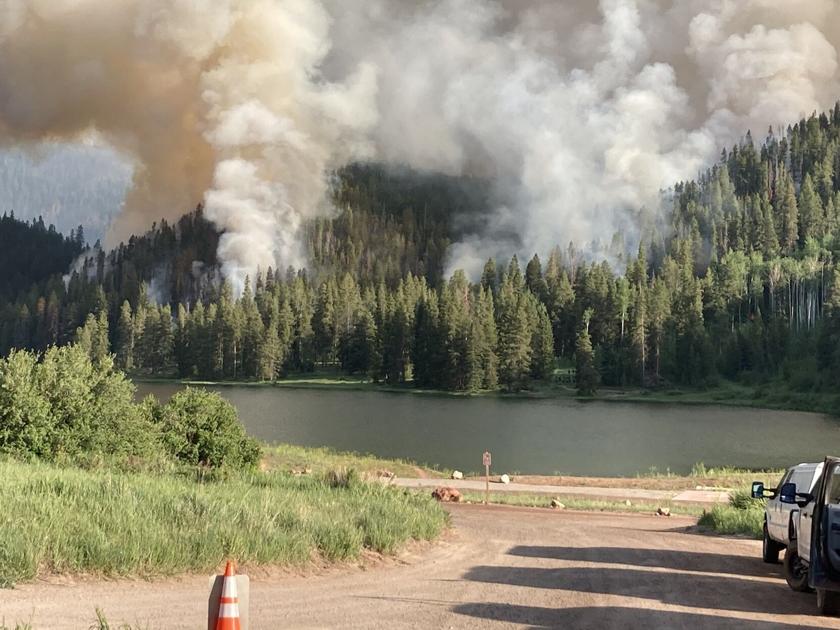 The original closure within the White River National Forest was modified Saturday after fire activity from the Sylvan fire briefly slowed amid rainfall, according to the Forest Service.

The modification allowed the opening of some areas in the western part of the original closure, including Red Table Road and the Basalt to Gypsum trail system. An additional 0.1″ to 0.15” of rain fell on the Sylvan Fire Friday, moderating fire behavior and allowing crews to accomplish significant construction on the containment line.

Officials say while there is no official containment of the fire, “that does not mean that good work is not being accomplished on the ground.” A line around the fire is not considered contained until officials have full confidence the flames will not cross, the Forest Service said in a news release.

“We review closures and fire activity daily with the incident management team and Eagle and Pitkin counties,” said Eagle-Holy Cross District Ranger Leanne Veldhuis in a news release. “Firefighter and public safety is our priority, and as soon as we feel we can re-open areas safely, we will.”

Forest Road 415 (East Brush Creek) and the Yeoman and Fulford areas are open but remain under pre-evacuation status. The trails east of FSR 415 are open (Nolan Lake, New York Mountain and Squaw Creek).