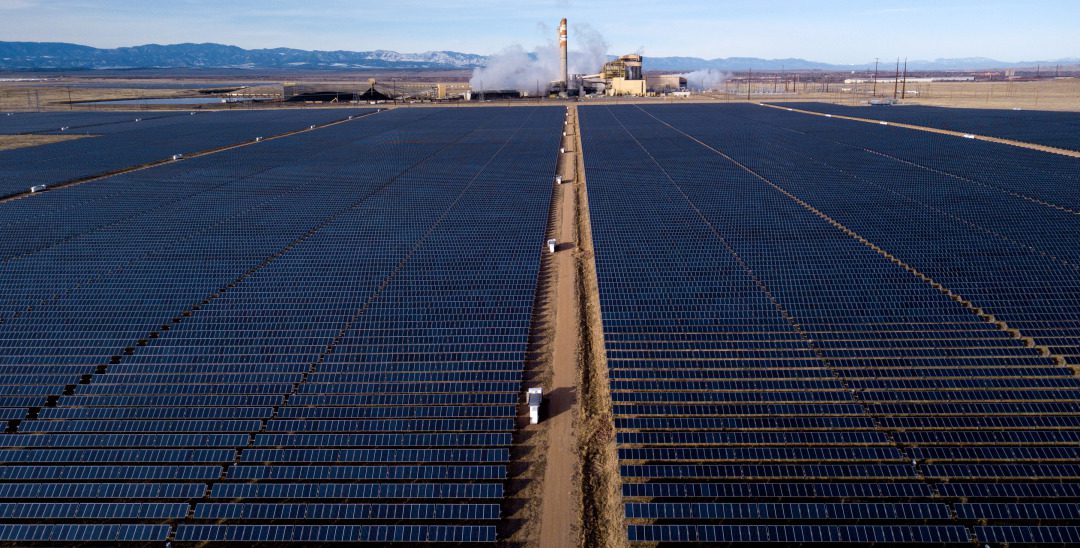 The price tag for Xcel Energy closing all its Colorado coal-fired plants will be $1.4 billion spread over decades — a sum that will be paid exclusively by the utility’s residential and commercial customers.

The closure estimates and their financing are part of the $8 billion electric resource and clean energy plan submitted last month to the Colorado Public Utilities Commission for approval.

The cost for shutting all or part of the five coal-fired units is sure to be a flashpoint in PUC hearings on the plan, especially the price of closing Comanche 3, Xcel’s newest and most expensive unit, which makes up two-thirds of the closure costs.

Across the country utilities, consumer advocates and utilities commissions are wrestling with the cost of closing coal-fired power plants, which are under economic and environmental pressures to close.

Between 2010 and 2019 more than 546 coal-fired units totaling 102 gigawatts were shuttered and another 17 GW of capacity will close by 2025, according to the U.S. Energy Information Administration.

So, Xcel’s proposal is part of a trend that has “enormous financial implications for asset owners, policymakers, and environmental advocates alike,” according to a study by energy consultant RMI.

“The tension is over who pays: ratepayers or shareholders,” said Jeremy Nichols, director of climate and energy programs at WildEarth Guardians. “Xcel is going to fight for every last penny.”

Xcel, Indeed, is seeking to recoup all the costs from customers. “Xcel is basically assuming the commission will say they can recover the whole book value,” said Matthew Gerhart, a senior attorney with the Sierra Club’s Environmental Law Program.

Some utilities are trying to balance costs. Pacific Gas and Electric, for example, wants to use the same bonding technique Xcel is proposing to pay for Comanche 3, to cover $7.5 billion in wildfire costs.

While PG&E customers would pay for the bonds, they would get a credit paid from shareholder assets.

Xcle’s resource and clean energy plan, the largest ever filed by the utility, describes how the utility will meet state requirements to cut its carbon dioxide emissions 80% from 2005 levels by 2030.

Other parts of the plan include adding 2,300 megawatts of new wind power, 1,600 MW of utility-scale solar, 400 MW of battery storage, and 1,300 of “dispatchable” power, such as natural gas turbines that can be turned up or down as needed to balance the wind and solar generation.

The plan also calls for major investments in transmission lines and in programs to limit the impact of coal-plant closures on workers and communities. Xcel is Colorado’s largest electricity provider with 1.5 million customers.

“This will be contentious,” said Joseph Pereira, deputy director of the Colorado Office of Consumer Counsel. “Lots of parties will have to weigh in on the economics, the environmental impact and the impact on communities.”

Closing the coal-fired capacity is the key component in meeting the state’s 2030 emissions target.

Xcel proposes closing the two units at the Hayden generating station by 2028, and Unit 2 at the Craig power plant, of which Xcel owns a share, is slated to close by 2030.

In 2027, Xcel also wants to retire nearly 40% of its coal-fired Pawnee Generating Station in Fort Morgan and convert the remainder to natural gas at a cost of $44 million.

The one coal-fired plant Xcel is proposing to run beyond 2030 is the Comanche 3 unit, in Pueblo. It would close in 2040.

From its opening, however, the plant has been plagued with operating, equipment and financial problems, leading to 700 days of unplanned shutdowns, according to a March PUC report.

The report found that the cost of generating electricity and running the plant were both higher than projected.

In its resource plan, Xcel put the cost of generating a megawatt-hour of electricity at Comanche 3 at $46.32, making it the most expensive of its coal-fired units.

The PUC report estimated the unit’s generating cost at $66.25 MWh. By way of comparison, the four wind farms that came online to provide Xcel power in 2020 averaged $15.86 per MWh.

Xcel is proposing to run Comanche 3 at 33% capacity on average annually between 2030 and 2039, with thecost to retail customers for retiring the plant early estimated at $908 million in current dollars.

That figure, however, may be challenged at the PUC by business, environmental and consumer groups.

“There is going to be a lot of focus on Comanche 3 and the retirement options,” said Gwen Farnsworth, senior energy policy adviser for the environmental group Western Resource Advocates. “Parties to the case will be considering the information from the commission’s investigation of Comanche 3 operations.”

There are two ways of calculating costs. One takes the costs over time and discounts them to their present value, the idea being that today’s $1 isn’t as valuable in 2050.

Under that method, which financial analysts say offers a “real” cost, the price of the coal plant closures is $1.4 billion.

Another way is to just add up all the dollars over the life of the retirement, without adjusting for inflation. This leads to a “nominal” cost for the closures of $2.5 billion.

When a power plant is built, its cost is paid back over time, much like a mortgage. If you pay it down over the life of the plant, at the end the unit is free and clear. But if you close early there is an unpaid balance – the remaining “book value.”

For the smaller Craig and Hayden units, adding up to about 480 MW of capacity, there are between two and nine years of life left. The 505 MW Pawnee plant has 14 years and the 750 MW Comanche 3 unit 30 years.

The net book values plus decommissioning costs add up to $852 million for the five units, but those costs will have to be financed.

For Hayden, Craig and Pawnee, Xcel is proposing placing the $284 million in book value and decommissioning costs in an accounting device called a “regulatory asset” that will be paid off over 25 years.

“It is a well-established approach for addressing asset recovery in a manner that balances and smooths rate impacts,” Scott Wilson, an Xcel cost recovery executive, said in a PUC filing.

Xcel has used this accounting approach in closing a dozen other coal-fired units in its eight-state service area, according to a PUC filing.

In addition to the book and decommissioning costs, Xcel wants to charge customers about 6.5% in interest each year on the balance in a regulatory asset account.

So, while the base costs are $284 million, Xcel customers would pay a total of $475 million to retire Hayden, Craig and Pawnee.

For Comanche 3, Xcel wants to use secured bonds, a financing mechanism permitted under the 2019 Colorado Energy Impact Bond Act.

Since the bonds are linked to a guaranteed revenue source from customers, they can be offered at low interest rates, reducing overall costs.

These so-called securitized bonds have been used by a handful of other utilities to close power plants, recover storm damages and stranded costs.

In its filings, Xcel made clear that “retail customers would incur 100%” of the charges for paying off interest and principal, as well as the costs for issuing and servicing the bonds and their administration.

Xcel made its calculations based on a 20-year bond with 3% interest rate – adding $341 million to the net book value and decommissioning costs of $567 million.

While a potential point of contention, the cost of closing the coal-fired plants is only one of the areas of Xcel’s plan that may be challenged.

“This is one of the most consequential utility planning processes in the history of Colorado,” said Anna McDevitt, senior campaign representative with the Sierra Club’s Beyond Coal Campaign.  “We’ll see if it is really going to move to clean energy.”