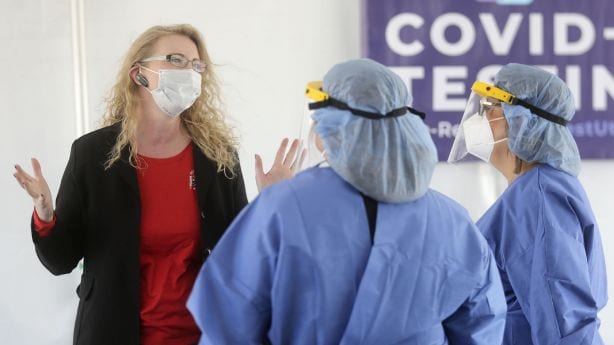 SALT LAKE CITY — It was a good week for Republicans — and a tough one for Democrats — in Utah’s most populous county.

Two GOP legislators and one Republican challenger for Salt Lake County Council who were lagging behind their Democratic opponents in election night vote tallies are now making comebacks.

If Stringham keeps her lead, she’ll add another Republican to the already GOP majority on the Salt Lake County Council.

And so did Rep. Jim Dunnigan, R-Taylorsville, who flipped his race this week after he trailed on election night to Democratic challenger Lynette Wendel in House District 39.

On election night, Eliason lagged Davis, who had 53% of the vote to his 47%. But as more ballots have been counted, Eliason closed the gap. On Wednesday, after Salt Lake County posted another batch of results, Eliason flipped the race and led Davis by only three votes.

Dunnigan trailed Wendel on election night with 48% of the vote to Wendel’s nearly 52%. But this week, Dunnigan’s race also flipped. As of Friday, Dunnigan was leading by 82 votes out of 7,814 for Dunnigan and 7,732 for Wendel.

If Eliason and Dunnigan keep their leads until election results are certified on Tuesday, they’ll stop Democrats from gaining two out of three seats they were on track to capture from Republicans in the Utah Legislature in election night results.

One Democrat is still narrowly on track to take a GOP legislative seat: Ashlee Matthews, who leads Rep. Eric Hutchings, R-Kearns, with 6,114 votes to Hutchings’ 5,733 votes as of Friday in House District 38.

Another race for a Salt Lake County office has flipped. County assessor candidate Chris Stavros, a Republican, is now leading Democrat Jennifer Fresques, who had the lead on election night. On Friday, Stavros was ahead by 5,985 votes.

The contests remain too close to call. Election results won’t be final until the official canvass.