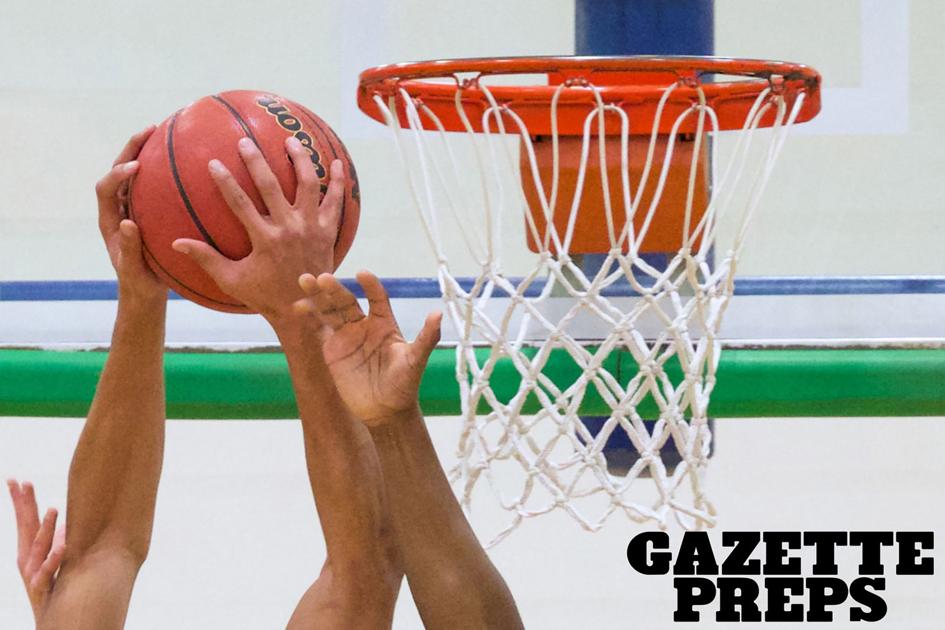 William ‘Trey’ Harris III was hired by District 49 in 2016 as an assistant basketball coach at Sand Creek High School. The complaint alleges Harris was falsely blamed for a transfer violation and later fired as a “minority scapegoat,” according to court documents.

The jury of seven at the U.S. District Court for the District of Colorado sided with Harris on claims of racial discrimination under equal rights laws and that CHSAA “aided, abetted, incited, compelled or coerced discriminatory conduct based on (Harris’) race by Falcon School District,” under the Colorado Anti-Discrimination Act. The jury says Harris should be awarded $200,000 in economic damages, $1.3 million in non-economic damages and $1 million in punitive damages for a total of $2.5 million.

The jury also requested a formal corrective statement be released to the press, clearing Harris of wrongdoing. However, CHSAA has no legal obligation to release a statement, according to Phil Dubois, a criminal defense lawyer in Colorado Springs.

The following is a statement provided by CHSAA’s attorney Alex Halpern:

“CHSAA exists to level the playing field and challenge individuals to meet their highest potential in all arenas of life. CHSAA condemns discrimination in all its forms. In our one hundred years of existence we have always strived to create a positive and equitable environment, and we look forward to carrying that tradition into the future. Though we do not believe the evidence supports the Jury’s decision, we wish Mr. Harris and his family the best. We are currently considering the options available to respond to the decision.”

Harris owns and operates PLUTO Basketball, a Colorado Springs-based training and club basketball program. In 2014 Harris hosted a basketball camp where he trained Romeo Maestas, who later transferred to Sand Creek in 2016.

After his first game with Sand Creek, it became apparent that the transfer arrangement violated CHSAA rules. As a result, the team was placed on restriction, which would prevent the team from participating in the state basketball playoffs. According to the complaint, Harris and then-head coach Robert Hawkins were suspended, but Hawkins did not serve his suspension.

The complaint states Harris had nothing to do with the transfer and didn’t know about it until after the fact.

But after a photo of Harris and Maestas from the 2014 training camp was sent to CHSAA, Harris, a Black coach, became the “minority scapegoat to save themselves from embarrassment and secure the school’s ability to participate in the playoffs,” according to the lawsuit. Those directly involved with the transfer procedure were white, the suit notes.

In the suit, Harris alleged former Sand Creek athletic director Jared Felice, who is now at Fountain-Fort Carson, told Harris “he was being targeted by CHSAA to take the blame for the eligibility violation because he is Black.” Hawkins said CHSAA was trying to “stick it on the Black guy,” according to the complaint, and encouraged him to contact the National Association for the Advancement of Colored People.

According to the complaint, Angelico said in an email that he had mistakenly approved Maestas’ transfer as a bona fide move. However, CHSAA justified Harris’ suspension claiming that the violation stemmed from his interactions with Maestas two years prior.

According to the complaint, “while firing Mr. Harris, defendants Dorsey and Andersen claimed that CHSAA was insisting he be fired as a condition of restoring Sand Creek’s eligibility to play in the basketball playoffs.”

The complaint alleges Harris was told that no one in the district believed that he violated any CHSAA rules.

“During the private termination meeting, defendants Dorsey and Andersen claimed that CHSAA was insisting that Mr. Harris be fired for a recruiting violation, and that (District) 49 had no choice but to comply with the demand because Sand Creek needed to be able to participate in the basketball playoffs,” court papers said.

“As part of the school’s self-correcting action regarding the CHSAA regulations, Sand Creek administrators relieved Harris of his coaching duties last week.

“This is a shining example of the ethics and morality that make the Association work,” said Paul Angelico, CHSAA commissioner, in a story on the organization’s website about the school’s decision.”

The complaint alleges the statement “used CHSAA Commissioner Angelico’s quotation to bolster its claim that Mr. Harris was an unethical and immoral rogue actor whose termination was justified.” The statement was then republished by news media, which harmed Harris’ reputation, and forced him to change his business model, the complaint states.

The Sand Creek boys’ basketball team protested Harris’ suspension by wearing shirts that read “Trey Harris was fired unjustly. #PlayforTrey” before a varsity basketball game in 2017. As a result, several varsity players were suspended by District 49 for the following game.

With just one varsity player eligible, Sand Creek lost its next game to Discovery Canyon 61-43. The Scorpions finished the season 19-6. Maestas, who was a senior at the time, appeared in only one game at Sand Creek.