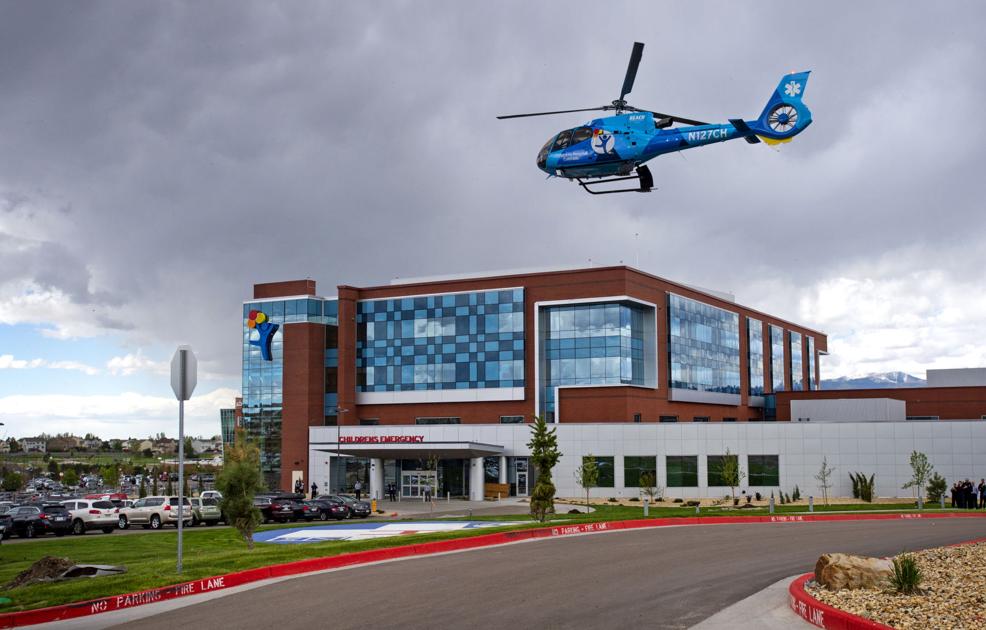 Patient volume at Children’s Hospital Colorado has spiked in recent weeks, thanks to a combination of COVID-19 and unusually high rates of another respiratory illness typically seen in the winter. Officials with the hospital said they’re concerned about the situation, particularly as schools reopen.

Overall patient volume for Children’s is more than 20% higher than is typical for this time of year, associate chief medical officer Kevin Carney said. There are 60% more patients in the system’s pediatric intensive care units than typically, and, depending on location, emergency departments are seeing an increase between 20% and 50%.

The hospital system still has sufficient capacity, Carney said, and it’s still accepting transfer patients from other states where facilities are overwhelmed. But the rising numbers, combined with concerns about disease spread caused by kids returning to school, are prompting concern at the pediatric hospital.

The increase is fueled by two twin diseases: The primary cause, Children’s officials said, is an unprecedented summer rise in respiratory syncytial virus, or RSV, which causes an infection in the respiratory tract. It’s typically seen in the winter, particularly among children, and is one of many respiratory viruses that circulate. But its heavy presence now, before most schools have returned and when the summer months keep people outdoors, “doesn’t happen,” said Samuel Dominguez, a pediatric disease specialist with the hospital.

His theory is because children were masked and distanced in the 2020-21 school year, there were remarkably low rates of RSV, as well as influenza. But that means kids’ immune systems don’t have a recent familiarity with the virus, which can make them more susceptible to it.

But that doesn’t explain why RSV is circulating so much now, months away from expected winter peaks.

“We don’t really understand it,” Dominguez said. “This is really uncharted territory for all of us who study these kinds of things. To have it come in July and August is really unheard of.”

RSV is more common now, officials said, than the other cause for increasing hospitalizations: COVID-19. Though there are still fewer COVID-19 patients in Children’s than there were in the fall 2020 peaks, “we’re concerned because the number of cases of (SARS-CoV-2, the virus causing COVID-19) are going up.”

The RSV and COVID-19 cases “are in parallel in terms of increasing,” he said. Colorado is not alone in seeing unusual RSV spread: Texas, Kentucky and Wisconsin have all reported similar spikes, among others. It’s dovetailing with rising COVID-19 rates in those states, most of which are in worse positions than Colorado. The Houston Chronicle reported last week that 25 kids in a Houston hospital had both RSV and COVID-19 infections.

According to data provided by the state, there were only two RSV hospitalizations statewide between Oct. 1 and April 30. But since then, there have been 71, nearly all of whom were children. In August alone, there have been 22, predominantly kids.

A spokeswoman for Rocky Mountain Hospital for Children in Denver said they, too, have seen an increase in emergency department and intensive care patients. She said that’s been primarily driven by RSV and rhinovirus, which often causes the common cold. COVID-19 has played a smaller role. Like Children’s, she said, they “definitely” have sufficient capacity.

Denver Health has also seen “early signs of a resurgent of other respiratory viruses,” spokeswoman April Valdez Villa said, including RSV and parainfluenza. But the hospital hasn’t “seen the same sort of increase in pediatric COVID that has occurred in areas most hard hit by the delta variant.”

Though Children’s is a dominant presence in Colorado’s pediatric care world, it is not alone in seeing patients increase. Cara Welch, spokeswoman for the Colorado Hospital Association, said in an email that facilities providing pediatric care “are experiencing higher volumes than they typically see this time of year.”

“It also sounds like those respiratory viruses may be causing illness in older pediatric patients, which is also not what we typically see,” she said. “So it is likely a combination of issues leading to this current issue.”

“We do not believe we currently have a lack of capacity for pediatric patients,” the state Department of Public Health and Environment said in an email. “We have talked to our hospitals and they have conveyed concerns about potential constraints due to a surprising spike of Respiratory Syncytial Virus (RSV) that is occurring this month and concerns that the delta variant could spike COVID cases.”

With those COVID-19 and RSV circulating in the state, “a perfect storm” is brewing as students return to school, Dominguez said. Not only will they likely spread more as students are in close proximity to each other — many of whom will be allowed to be unmasked by their school districts — but the beginning of the year historically signals a jump in mental health hospital admissions.

Carney said that in the next one to two weeks, as more students return to classrooms, “the stresses of school and other factors lead to kids becoming suicidal, there are increases in depression and anxiety disorders.” They’re often treated initially in Children’s emergency departments, and those patients “compete, frankly, for the same beds that our sick medical patients” occupy.

What’s more, like health care institutions across the country, Children’s is weathering its own staffing shortage, which is putting additional strain on the facility.

“We’re concerned,” Dominguez said. “I think that the stresses are real and the viruses are real and the numbers — it’s a numbers game. Thankfully, I think the really good news about COVID is children have not been as severely affected as adults have been. But a small percentage of children infected will end up here. With more and more kids exposed and infected, that small number gets bigger and bigger.”

He and Carney advocated for masking, social distancing and good hand hygiene for students. They also advocated for better testing, not just for pediatric cases but for anyone who’s symptomatic for the disease. But masking, and, to an extent, social distancing, have become a sensitive topic. Gov. Jared Polis has refrained from requiring any COVID-19 mitigation measures in schools, though he’s hinted that the state could step in if a district switches to remote learning because it had too few strategies in place.

Some major districts have indicated they’re require masking, including Denver Public Schools and Boulder Valley School District. Others, like Jefferson County’s district and those in Adams and Arapahoe counties, will have mask mandates to various degrees because of public health orders. Douglas County, which would be covered by one of those orders, is planning to opt out and not require masks. Cheyenne Mountain School District in Colorado Springs will require masks starting Thursday.

Not only will masks and social distancing cut down on COVID-19 spread, the Children’s officials said, but it’ll also blunt RSV’s presence, too. The other lurking illness is influenza, which, like RSV, had a remarkably mild presence in its 2020-21 season that begins in October and runs into the spring. Officials have attributed that to the COVID-19 mitigation measures instituted last school year.