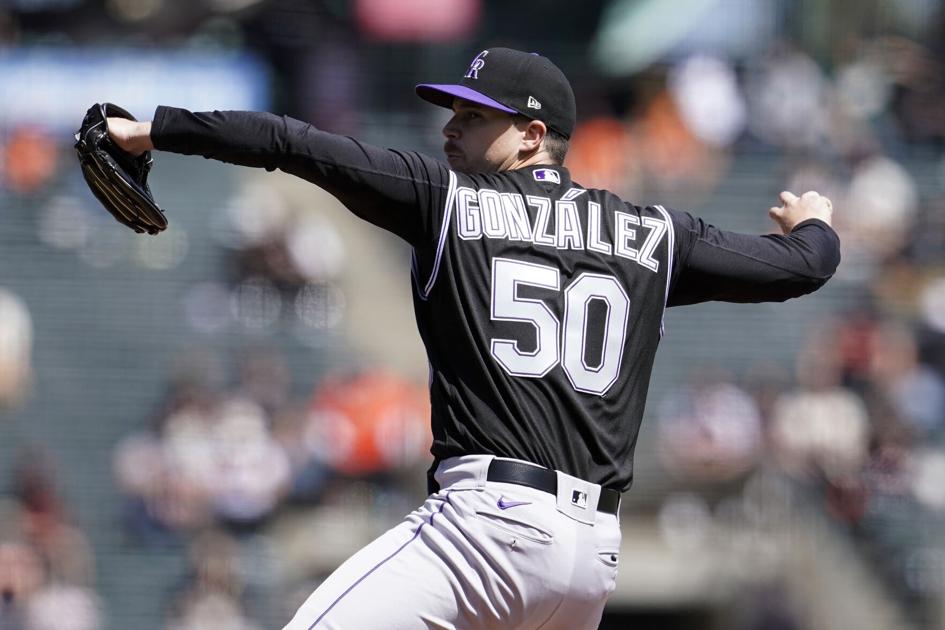 As one group clicks, another exposes a weakness for the Rockies.

After struggling their first time through the rotation, the Rockies starting pitchers turned a corner on their second go-around. On Saturday, it was Chi Chi González’s turn.

Colorado’s Chris Owings was placed on the 10-day injured list with a left thumb sprain. Owin…

But, for the second day in a row, the bullpen cost the Rockies the game, as they fell to the Giants 4-3.

González, who was added to the rotation after Kyle Freeland went on the injured list, pitched five innings, allowing four hits and one run. He handed off a 3-1 lead to rookie Ben Bowden, the only left-handed pitcher in the bullpen.

Bowden walked the first two batters, then allowed a three-run home run. The Giants took a 4-3 lead, and Bowden’s day was done after four batters. Rockies manager Bud Black said they considered taking Bowden out earlier, but decided to keep him in until after the home run.

“He’ll learn from this,” Black said. “He’ll grow from this. Over time, he should be a big part of our bullpen.”

It was a solid first start for González though, who was used as a long reliever during the first week of the season. The first inning was tough for González, who needed 27 pitches to get three outs. But he rebounded, and made it through another four innings.

“Coming from Denver, you have that feel of throwing a pitch and boom, knowing where it’s at,” he said. “It’s difficult, it takes experience.”

He was excited for the chance to be a starter, a role he has dabbled in in the past, because it would give him the opportunity to throw more of his secondary pitches, specifically his change-up. He used that pitch six times. He was also able to change speeds on his slider.

“I thought his stuff was pretty crisp,” Black said. “He did what we hoped he would do.”

Germán Márquez, Antonio Senzatela and Austin Gomber all fared far better in their second starts of the season than their first. Jon Gray, who was solid in his first outing before full-body cramps caused an early exit, also improved in his second start.

The difference, they’ve noted, is that they are pushing each other now. When one pitcher goes out and has a great day, the others in the rotation want to continue the trend.

“That’s what we want,” Márquez said. “Quality starts, give the team a chance to win. We are looking for good games, no matter what happens. We are going to go out and pitch.”

After González allowed his only run in the third inning, Raimel Tapia helped the Rockies tie it up by hitting an RBI single to bring home Charlie Blackmon. Ryan McMahon hit his fifth home run of the season in the fifth to give the Rockies the lead, which was quickly taken away. McMahon is tied for first in the league for home runs.

“I feel like I know what I need to do, I feel good taking a shot,” McMahon said. “Going to try to keep that going and keep rolling.”