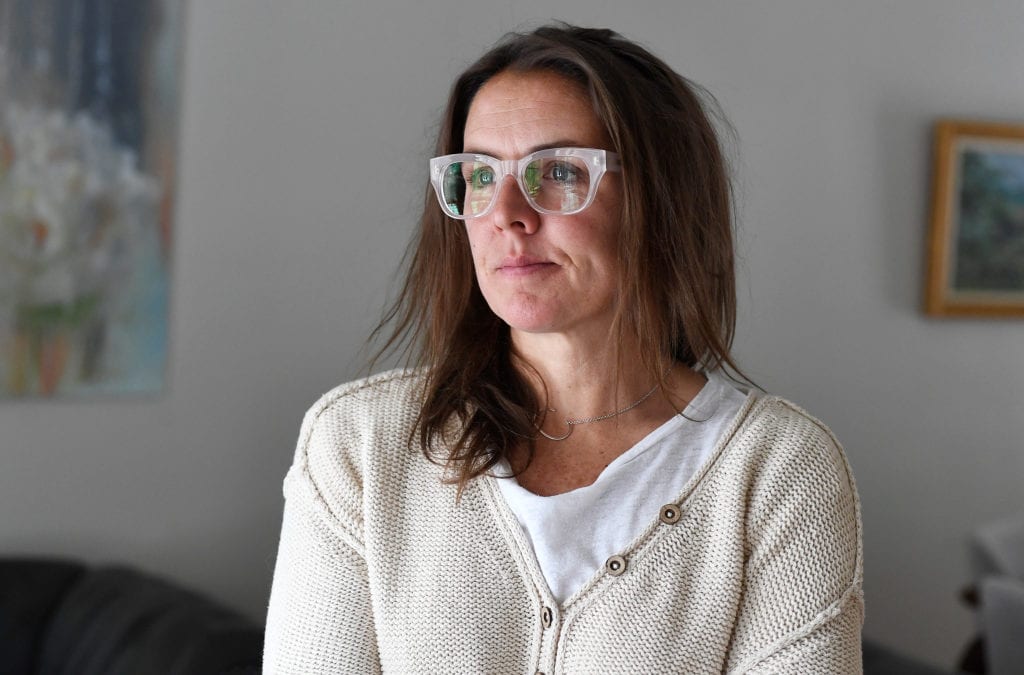 Paige Figi hasn’t spoken publicly about her daughter Charlotte in the 10 months since the teenager’s passing. It’s an unusual, if welcome, change of pace considering the Colorado Springs duo spent nearly a decade in the spotlight leading a crusade for medicinal marijuana that helped change both laws and lives.

Charlotte, whose battle with Dravet syndrome and subsequent treatment popularized the use of cannabidiol, or CBD, died last April after contracting what the family suspects was COVID-19. The 13-year-old later was cremated, Figi said, but the pandemic prevented her parents from making any funeral plans. That is, until now.

On April 7 — officially dubbed Charlotte Figi Day in Colorado — family, friends and fans are invited to join a virtual celebration of life called Rock the RoC. Hosted by Realm of Caring, a nonprofit organization dedicated to medical marijuana research, education and advocacy, the two-hour event will feature live performances by the Avett Brothers, the War and Treaty, and Ruthie Foster, plus guest appearances from Gov. Jared Polis, CNN’s Dr. Sanjay Gupta and more.

“She was always publicly shared, even though I was vilified a bit for it. That’s how we felt about her life, so in her death I feel it’s absolutely the right thing,” Figi said. “I’m not a private person, not in the CBD world I haven’t been. There’s no need to grieve privately.”

Charlotte was one of Colorado’s many medical marijuana refugees, her family having moved to the state following cannabis legalization. From the time she was an infant, she suffered from frequent and severe seizures because of Dravet syndrome, a rare and potentially life-threatening genetic disease that causes unrelenting epilepsy in children and adults. The Figis tried numerous medications to quell Charlotte’s seizures, but none worked.

Then, at age 5, Figi gave her cannabidiol, a non-psychoactive compound in cannabis, and Charlotte’s condition changed overnight. Her seizures became less frequent. She began speaking again after months of silence.

“For eight years she was a success,” Figi said. “I got to meet her again because she came out of this drugged fog and this disastrous, just fatal situation. So for eight years I shared that story because it was the right thing to do.”

In this 2013 file photo Charlotte Figi, then 7, is held by her mother Paige at the park near their home in Colorado Springs. Figi was the first youth in the state to use medical cannabis oil to help with symptoms from from Dravet Syndrome, a form of epilepsy.

Charlotte’s journey was famously chronicled in a CNN documentary, thrusting CBD, a relatively unknown cannabinoid, into a national spotlight. The strain of cannabis that helped change her life was named Charlotte’s Web in her honor.

Research into cannabis has long been hampered by its status as a Schedule I drug, but Charlotte’s story “unquestionably” helped legitimize the plant and its medicinal potential, said Dr. Alan Shackelford. When he met the Figi family in 2012, Shackelford was running his own practice in Denver focused primarily on assessing patients who might benefit from medical marijuana. (Because the plant and most products made from it are illegal at the federal level, doctors cannot technically prescribe it, Shakelford said.)

Charlotte was not only the first epileptic patient he had seen, but also the first child. It was a risk, he said, as both federal and state officials discouraged doctors from recommending medical marijuana, despite its legalization in the Centennial State in 2000. But it ended up being one worth taking, he said — that 39 states have now legalized marijuana or hemp for medicinal purposes is due in no small part to the young girl’s success.

“Charlotte and the family and (Gupta’s documentary) ‘Weed’ made such a huge difference,” said Shackelford, who in 2018 co-founded a cannabinoid research and drug development company. “It took away much of the stigma… because Charlotte was clearly not trying to get high, her parents weren’t trying to get her high.”

Wendy Turner was among those who saw the CNN special and moved to Colorado to seek treatment for her son, Coltyn Turner. When he was 11 years old, Coltyn nearly drowned while at a Boy Scout camp. Though he was rescued and survived, he swallowed enough water to cause a bacterial infection that developed into Crohn’s disease.

Coltyn Turner began using medical cannabis in 2014 and it completely changed his life, Wendy Turner said. He no longer required the use of a wheelchair shortly after treatment, and now the soon-to-be 21-year-old is attending online school in hopes of becoming a lobbyist for marijuana patient rights.

“Charlotte, honestly, is the reason why we took that journey into cannabis,” said Wendy Turner, whose family moved back to Illinois after marijuana was legalized there. “We appreciate the Figi family and what Paige has done for the whole world with her journey in CBD.”

Charlotte Figi, pictured at age 7, had seen her epileptic seizures reduced with treatment of cannabidiol.

“Everyone’s life has a purpose”

In March 2020, the entire Figi family fell ill with what they suspect was the novel coronavirus. While Paige Figi needed at-home IV therapy, Charlotte appeared to have less severe symptoms and to recover well compared to the rest of the household.

A painting of the late Charlotte Figi by artist Nichole Montanez hangs in the living room of her mother’s house on Feb. 18, 2021. Charlotte suffered a fatal seizure in April 07, 2020.

Then, about a month after getting sick, Charlotte’s health suddenly began to deteriorate. She was admitted to the pediatric intensive care unit at a Colorado Springs hospital, where doctors treated her as a COVID-19 patient, though she tested negative for the virus at the time. (The rest of the family was never tested due to the limited availability of tests at the time, Figi said.)

The hospital released Charlotte after her symptoms seemed to improve, but days later she suffered a seizure that resulted in fatal respiratory failure and cardiac arrest. Doctors believe Charlotte to be one of the virus’s youngest victims in Colorado.

After her passing last April, Realm of Caring ramped up its efforts, even as the pandemic disrupted nearly every facet of American life, said president Heather Jackson. The organization, which Jackson co-founded with Figi, donated nearly $3 million in marijuana products to families in need and continued outreach to maintain a sense of community among those in its network.

Jackson also launched a new branch of the nonprofit called Unlimited Sciences, which focuses on research into the medicinal properties of psychedelics, such as psilocybin.

“Charlotte is just so much more than the name of a product,” Jackson said. “Everything changed because of not just the bravery of Charlotte and Paige, but the other families who were suffering often in silence. And it was because these families were brave enough to say, ‘My child deserves this,’ that this entire category was born and we can’t forget that. I will not let us forget that. I will not let the industry forget whose shoulders they stand on.”

Figi can only describe the grief she feels as a process, a roller coaster-like experience that uncomfortably creeps up on her during mundane moments. For 13 years, Figi was Charlotte’s caretaker, voice and advocate — they were so close, they seemed to identify as one person, she said.

A mom to two other children, Maxwell, 17, and Charlotte’s twin Chase, 14, Paige Figi is trying to set a healthy example by seeking professional grief counseling. She’s also taken to riding motorcycles and horses over the last year, acquiring a few broken bones along the way. She’s excited about the upcoming funeral not only because it’s an opportunity for the cannabis community to collectively grieve one of their own, but also because it offers a chance to celebrate Charlotte’s legacy.

“It shows that it’s pretty amazing what we can accomplish with literally everything against you,” Figi said. “I hope people can understand that there’s no disability too great to overcome. Everyone’s life has a purpose.”

Tune in to Rock the RoC, a tribute to Charlotte Figi, for free at 6 p.m. April 7 at rocktheroc.org. Realm of Caring will launch a Kickstarter to help cover the cost of putting on the event and will also accept donations to support its programs and services.