Charles Schulz based ‘Peanuts’ character on Colorado Springs woman; Mark Sheffel or Marksheffel? | Did You Ever Wonder? 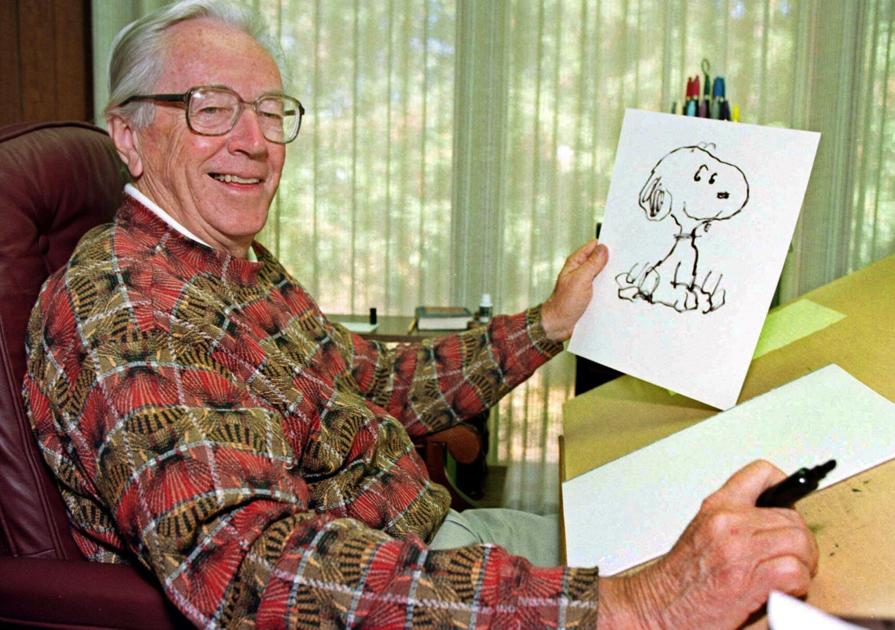 It’s time to take a closer look at the interesting history of Colorado Springs and the Pikes Peak region.

Today we’ll learn about the impact of Colorado Springs on cartoonist Charles “Peanuts” Schulz and learn why it’s Marsksheffel Road and not Mark Sheffel Road.

Charles Schulz, the creator of beloved cartoon characters Snoopy, Charlie Brown and Peppermint Patty, was born and raised in Minnesota and eventually settled in California. However, he did spend a year living in Colorado Springs, at a home at 2321 N. El Paso St., close to the Patty Jewett Golf Course.

Schulz and his family moved to Colorado Springs in 1951. He rented office space downtown in an effort to overcome writer’s block. The first collection of “Peanuts” comic strips wouldn’t be published until July 1952, so the artist hadn’t had success with his invention yet.

While at his office, he bumped into Philip Van Pelt. While the two didn’t know each other, they recognized one another from when they served in the Army 20th Armored Division and soon began spending a lot of time together.

“We grew up a few blocks away and they would play bridge all the time,” said daughter Martha Van Pelt, who goes by Marnie, in a 2015 Gazette interview. “During that time, when they were all playing bridge, he was developing the characters.”

Like many artists, Schulz took inspiration from what he knew and the people around him. Much like Charlie Brown’s parents, Schulz’s father was a barber and his mother was a housewife. Linus was named after good friend and fellow cartoonist Linus Maurer. Peppermint Patty was inspired by his cousin Patricia and Snoopy is based on Schulz’s highly intelligent childhood pet who was a pointer, not a beagle.

Philip Van Pelt’s wife, Louanne, inspired Lucy Van Pelt, Linus’ sister. Schulz introduced the feisty brunette, known for pulling away footballs just as Charlie Brown is about to kick them, to the cartoon strip in 1952 after moving with his wife, daughter Meredith and son Monte to California.

“Mom always said when she was interviewed that she was much nicer than that (Lucy) in person,” Marnie said in 2015, acknowledging that Lucy and her mother shared some characteristics.

“She was a loving mother, but she was very bossy. She even looked a little like her (Lucy), if you look at some of her old pictures, with dark wavy hair. I don’t know how to describe it, but they resembled each other.”

Over the years as his fame grew, Schulz kept in touch with the Van Pelts, sending letters and personally signing comics.

Although Louanne had similarities to Lucy, her family said there weren’t actually that many.

“She always seemed to have a completely responsible attitude toward mothering and housekeeping and the marriage,” son David Merrill said in the same 2015 interview.

“That’s one of the rare things you find, people living with one love, (who) marry and live out their lives together.”

Philip Van Pelt, a retired administrator with Colorado Springs School District 11, died in 2009. Louanne spent the last years of her life investigating genealogy, as family history was a passion project. She died in 2015 at age 85.

Upon completion, the garage faced onto Kiowa Street at Cascade Avenue and covered the eastern portion of the block. The car lot was across Kiowa, where Firestone sits. The Marksheffel company was dissolved in 1965, and the garage was demolished in 1966 to make room for the Penrose Library.

Have a question about Colorado Springs or its history? Know something interesting about the history of Colorado Springs? Send questions, comments and suggestions to terry.terrones@gazette.com with Column Question in the subject line to avoid spam.