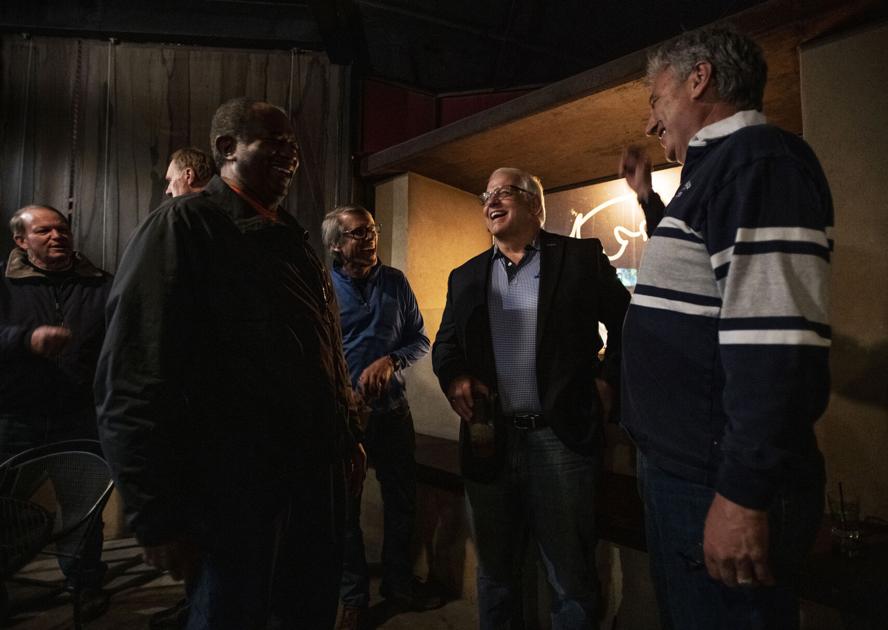 Helms, a retired Air Force colonel, had garnered 4,964 votes — about 37% — in early results from the city clerks’ office.

Councilman David Geislinger, a former lawyer and hospital chaplain, was facing three challengers in the race for his seat: Helms, Jay Inman, a digital architect,  and David Noblitt, a Colorado Springs firefighter. Noblitt expected to retire from the department if elected. Geislinger was trailing Helms with 32% of the vote, Noblitt had 13% and Inman had 16%, early returns showed.

The race was one of six district races on the ballot Tuesday.

Some of the hot topics in the race were growth management, housing policy, pandemic recovery and Geislinger’s voting record, including his support for an ordinance that reduced how much land developers must designate to the city.

Helms promoted himself as a conservative candidate who would support incentives for businesses to move to the city and reduce regulations if elected.

Helms said Tuesday night he knew he faced an uphill battle in the race against the incumbent, but he had strong support from his fellow Air Force Academy graduates who were celebrating the early returns with him at a restaurant over wings and iced tea.

“I am very proud of the campaign that we ran,” he said.

He said he expects pandemic recovery will be his top priority after he is sworn in.

“I want to get every business opened up 100%. I believe we can do that safely,” he said.

He said he also expects to be a team player in handling the top issues facing the city, such as housing, road maintenance and homelessness.

Geislinger framed himself as an experienced and solutions-focused candidate, saying that he had recommended a regional sustainable water working group to help guide growth and water use that is now in place. The city is also working on an annexation plan with the county that he supports, because homes built in the county rely on groundwater that is nonrenewable, and when that resource is depleted, those homes may need to enter the city.

Noblitt was the most critical of Geislinger’s record, saying he would be more responsive than the incumbent to constituents’ concerns. He also raised concerns about the city’s growth management practices and suggested that some incentives should be slowed down.

Noblitt also pointed out that the city has not set up a system to prevent dual taxation for fire protection in new areas of the city covered by rural fire districts and the city.

Inman said he wanted to lead the city “out of this pretend pandemic mode” by not enforcing mask-wearing in public places and allowing businesses to fully reopen to fuel economic recovery. He said he was willing to lift the mask mandate even if it meant the city would have to go to court.

On his website, he also promised to try to institute local consequences for marijuana possession and to prioritize fighting human trafficking and drug problems in the coming years if elected.