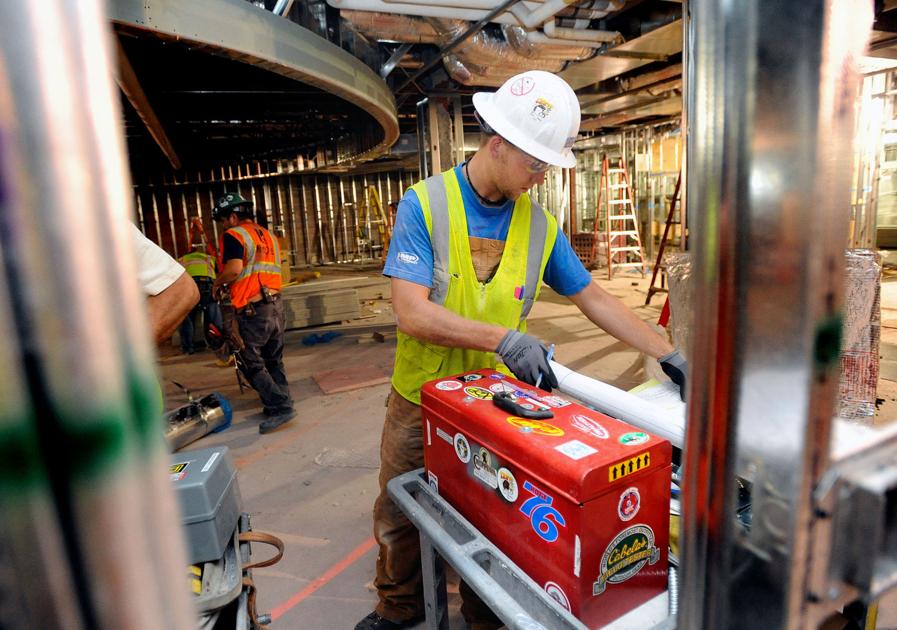 Terms of the transaction were not announced by Guarantee, which is owned by its employees and generates annual revenue of about $200 million. Berwick will operate as an “independent business unit” of Guarantee, operating under its current name with leadership, management and employees, though current owner Doug Berwick, 60, will retire upon completion of the deal, Guarantee said in a news release.

“I’ve admired Guarantee a long time. We share (a) common culture, values and approaches to both operational excellence and the wellness and prosperity of our teams,” Berwick said in the release. “Connecting my Berwick family to the Guarantee team is the culmination of a lifelong goal of ensuring Berwick Electric will live on for the next 100 years.”

Berwick, in an interview, said he has know senior personnel from Guarantee for about 20 years through Federated Electrical Contractors, an international network of top electrical contractors based in Wisconsin. He said Berwick Electric had been developing a succession plan for his planned retirement this year when discussions began about a year ago about Guarantee acquiring Berwick. The company is owned by Doug Berwick and eight partners, all longtime senior Berwick Electric employees.

“They (Guarantee) wanted to expand into Colorado and wanted to know what my retirement plans were,” Berwick said. “There are no family other family members active in the business. I have received plenty of calls from people interested in buying the company, but hadn’t really pursued them. Then this just fell into place.”

Tim Prime, now vice president of Berwick Electric, will take over management of Guarantee’s Colorado Springs operation after Doug Berwick retires. Jeremy Wilson, who heads Guarantee’s Aurora operation, will head all of the company’s Colorado operations. Berwick Electric employs about 100 — a number that can grow to about 200 depending on ongoing projects — and generates annual revenue of about $25 million.

Guarantee employs about 600 people and had $205 million in revenue last year. Field employees at both companies are represented by the International Brotherhood of Electrical Workers.

The combined company will have annual revenue totaling $250 million and 750 employees with offices in Aurora, Colorado Springs, St. Louis, Granite City, Ill., in the St. Louis area, and Benicia, Calif., in the San Francisco area.

Guarantee was started in 1902 to connect electricity to the 1904 World’s Fair and is among the nation’s oldest and largest electrical contracting companies. It grew by Kimsey Electric in Aurora in 2003 and acquiring TEL-Vi, an electrical contractor in St. Louis in 2004. The company began moving from family ownership to an employee stock ownership plan in 2005.

“We’ve worked hard at Guarantee to build a platform for this exact type of partnership,” said Rick Oertli, the company’s chairman and CEO. “Guarantee’s ownership and governance structure, coupled with the support services in place, provides a pathway for compatible companies looking for a stable long-term succession plan. The Berwick team’s solid reputation, culture and capabilities make for a great fit.”

J. Douglas Berwick started Berwick Electric in 1921 after he converted the lighting system in his family’s home from gas to electricity. His neighbors saw the results and soon hired the company to do the same conversion for their homes. During the early years, Berwick Electric worked on the construction of downtown’s Grace Episcopal Church, the original St. Francis Hospital near downtown and the Modern Woodmen of America sanitorium (now the Mount Saint Francis convent) in northwest Colorado Springs.

The company has been the electrical subcontractor for many of the highest profile projects in the Springs, including the First Bank Building downtown, Colorado Hall at The Broadmoor hotel and several semiconductor manufacturing plants. The company in recent years has focused on government and health care projects, including the St. Francis Medical Center in northeast Colorado Springs and the Pueblo Chemical Agent-Destruction Pilot Plant.