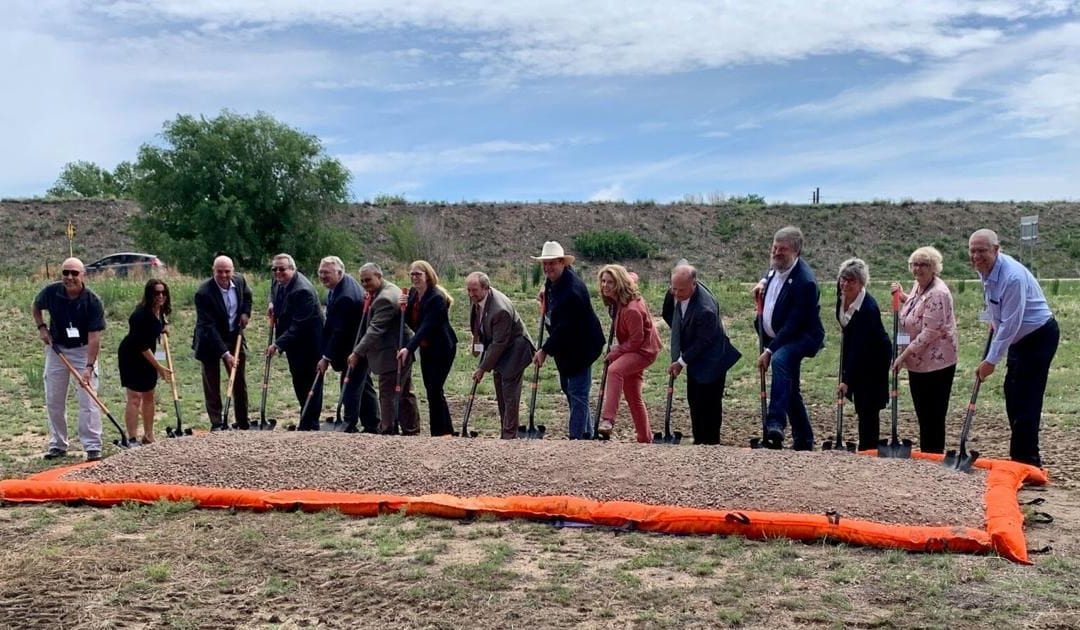 A series of key road improvement projects in southeastern El Paso County will make it safer and easier to get to military facilities in the Colorado Springs area while also improving connectivity, freight access and the regional economy, state and local officials said Wednesday.

The work is part of four regional road projects that make up the $159 million Military Access, Mobility and Safety Improvement Project, and this summer crews will begin the heavy lifting.

Local and state transportation officials gathered Wednesday at Fountain Creek Regional Park to celebrate the groundbreaking and start of construction on three other components of the project that will improve safety and mobility along Interstate 25, South Academy Boulevard and Charter Oak Ranch Road.

Colorado Department of Transportation Director Shoshana Lew said during the groundbreaking the country’s road system “serves as an access for the system of national defense,” one of the original visions of the interstate system.

The state’s military activity brings in $6.7 billion each year, said Lisa Hickey, a transportation commissioner with the agency who oversees its second region, including El Paso County.

“Our Colorado military installations are dependent on our transportation corridors, including I-25 and the arterials that connect to it,” Hickey said. “These are the backbone of our regional and state economy.”

The work will also help move residents and visitors around the region, as well as $360 billion worth of goods across the state every year, Colorado Springs Mayor John Suthers said.

Work is expected to begin this summer on an approximately 7½-mile segment of Interstate 25 beginning at South Academy Boulevard extending south to the Santa Fe Avenue exit in Fountain, which exits to Gate 19 at Fort Carson.

Crews will replace two aging bridges crossing over South Academy, widen the shoulders along the corridor and install a deceleration lane at the interchange with Colorado 16, officials said. They will also lay concrete pavement across the cracked road surface, install median barriers and conduct maintenance on four additional bridges along this stretch of the freeway.

Over the next 20 years, the work is expected to result in 28 fewer deaths along this segment of I-25, Lew said in a news release.

Crews will also widen a 1½-mile stretch of South Academy from the I-25 interchange over Colorado 85/87 and continuing to the road’s approach to Milton Proby Parkway from two lanes to three lanes to help alleviate recurring congestion, officials said.

Each year about 57,500 cars travel this stretch of Academy — a key corridor for commuters and a critical defense access route for military personnel traveling between Peterson Air Force Base and Fort Carson, according to the project website. The road suffers recurring congestion, with more than 50% of all westbound traffic on South Academy Boulevard during peak hours entering or leaving Fort Carson, the website states.

“These routes are also key mobility corridors for us to access training as well as support deployments when we’re called,” Fort Carson’s Director of Public Works Joe Wyka said. “These projects will be great improvements to both our quality of life and our readiness.”

In addition, crews will improve Charter Oak Ranch Road and its intersection with Santa Fe Avenue. The road is crumbling, has a steep grade, narrow lanes, poor drainage and no lanes for cyclists or pedestrians, the project website states. Due to its poor quality the road isn’t heavily trafficked by travelers in and out of Fort Carson, who instead use its Gate 20 located about four miles north, officials said. That leads to backups at the gate that regularly extend to the I-25 off-ramps.

Improving Charter Oak Ranch Road will remove about a quarter of the number of vehicles through Fort Carson’s Gate 20 per day, Wyka said.

After improvements to South Academy Boulevard, Charter Oak Ranch Road and Colorado 94 are completed, Lew said she expects 34 fewer deaths and 1,150 fewer injuries along these roads over the next 20 years.

SEMA Construction Inc. will complete the project. Funds contributed by the state transportation department, El Paso County, the Pikes Peak Rural Transportation Authority and a federal BUILD grant are paying for the work, according to the project website.

Work on Colorado 94 is expected to be done by June 2022 while improvements along Charter Oak Ranch Road are anticipated to be completed in November 2022, a timeline provided by transportation officials Wednesday showed. Improvements along I-25 and South Academy Boulevard are expected to wrap up in 2024.