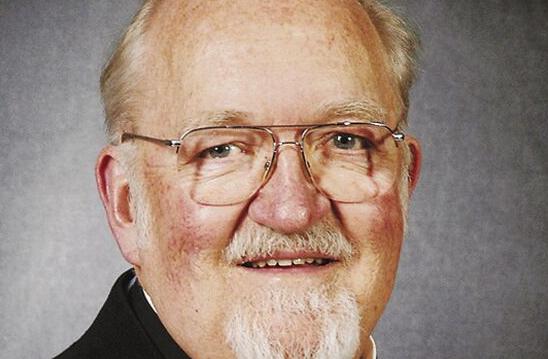 The Rev. Paul Wicker, a Catholic priest described by his successor as “a household name to thousands of families,” died on Memorial Day at age 83.

Wicker had been the pastor of Holy Apostles Catholic Church in Colorado Springs for 35 years.

“He was beloved by the parishioners and certainly left his mark on that parish,” said Bishop Michael Sheridan, who leads the Diocese of Colorado Springs.

Wicker had worked in Colorado Springs and Denver for so long that he touched many lives, said the Rev. Jim Baron, who became pastor of Holy Apostles when Wicker left the post in 2016, at age 78.

“So many people on their faith journey crossed paths with Father Paul,” Baron said.

Wicker had a “very pleasant, grandfatherly way about him,” Sheridan said, which made it easy for old and young people alike to relate to him.

Raised in Kansas, Wicker studied at St. Thomas Seminary and attended the Pontifical Gregorian University in Rome before being ordained a priest for the Archdiocese of Denver in 1963.

Wicker oversaw planning and construction of the current church, which was dedicated on Sept. 20, 1987, and today has 1,350 families as members.

“He was extremely creative and seldom satisfied with the status quo,” Hanifen said. “He was about mission over maintenance.”

“He meant it with all his energy,” Hanifen said.

Wicker was well known in the community, Baron said, through social outreach and ecumenical projects.

“He had such a passion for service that he certainly had a big impact,” he said.

Wicker served as an episcopal vicar for the diocese, similar to a dean, and was instrumental in presenting a semi-annual priests’ meeting, Sheridan said.

“He was an unofficial leader of the priests,” Sheridan said.

Wicker also had a charitable heart, his peers say. He established the Catholic Outreach to Northern Ukraine in 1994, a ministry dedicated to raising money to help rebuild churches in Ukraine after decades of Communist rule.

“He spent weeks away overseeing the development of improvements financed by supporters of the ministry,” Hanifen said, “and he brought priests and young people to visit us in this diocese.”

Wicker was active with his work in Ukraine until shortly before his death and never slowed down, Hanifen said.

Wicker experienced a “fairly quick descension in health,” Baron said, after being hospitalized and going through rehabilitation.

“We thought that he was heading out of it,” he said. “This is certainly a loss to the community.”

Public visitation will be held 1-5 p.m. Saturday at Shrine of Remembrance, America the Beautiful Chapel, 1730 E. Fountain Blvd., and 5-7 p.m. Sunday at Holy Apostles, 4925 N. Carefree Circle. A rosary and vigil will begin at 7 p.m. Saturday at the church.

A Mass of Christian Burial will start at 11 a.m. Monday at Holy Apostles, with a reception following. Entombment will be conducted at 3 p.m. at Shrine of Remembrance, Gate of Heaven mausoleum, Sanctuary of Paradeisos.

The funeral Mass will also be livestreamed at www.holyapostlescc.org.

Survivors include a brother, Deacon Byron Wicker, his wife Madeleine, and nieces and nephews.

Donations to the Ukraine ministry are requested in lieu of flowers at www.conuhome.org.