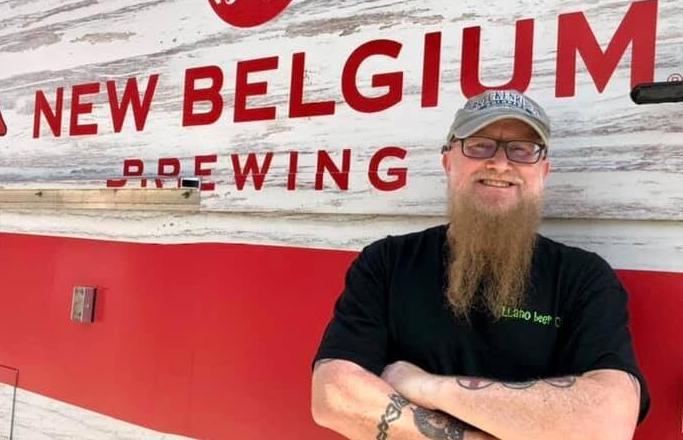 Paul Myhill has lots of days that call for a beer.

Like, when he gets done with work early enough to hit a local brewery’s happy hour. Or like when he did a 46-day beer-only fast for Lent a few months ago. He likes to joke he’s been celebrating his 21st birthday for 32 years now. All of those days of craft beer drinking have led to Myhill earning the moniker “Colorado Beer Guy.”

For him, there’s one day unlike the others: July 24.

When July 24 comes around, Myhill knows he’ll need a pick-me-up.

It’s his mother’s birthday, a date on the calendar that still stings since she passed away 18 years ago. Her death came after a lifelong struggle with depression.

So, every July 24, the Castle Rock man goes out to a brewery to take his mind off the sadness. And to celebrate his mom, who shared his love of craft beer.

“It’s one of those days that I don’t feel like doing much,” Myhill said. “I’m not going out and medicating myself or getting drunk. It’s just to do something I love and not dwell on things.”

This past July 24 was different. After going out to some breweries, Myhill came up with an idea. A goal, really. He wanted to visit 30 Colorado breweries in 30 days.

“It came about, especially during COVID, as a way to support local breweries,” Myhill said.

Over the last 11 months, Myhill has shared his adventures on Facebook, posting photos and comments after brewery visits from across the state.

His love of beer goes way back. He was born in England in 1968, during “a different time,” when his parents would bring him along to the pub for sips of beer mixed with sprite. He remembers drinking beer, and liking it, by the age of 6. Those are some of his fondest early memories with his family.

Some of his worst memories are set at a strict grade school, the kind where teachers would spank kids in the front of the class. A respite from that came during gym class, when Myhill would play on the soccer fields and take in the smell of beer wafting over from a nearby brewery.

“It was the feeling of freedom and fun,” Myhill said. “And getting away from the oppression inside the school.”

When he was 10, the family moved to Texas, a move Myhill blames for losing his British accent. To make up for the lack of craft beer around them, he started homebrewing with his younger brother.

All of this fostered a deep love for craft beer. And he keeps tapping into it.

Aside from his work as an entrepreneur, Myhill has always made space for craft beer-related ventures. He’s owned a brewery and a pub in England. He runs the popular “Colorado Beer and Breweries” Facebook group, which has more than 4,000 members.

For his next venture, Myhill plans to open a 100-tap taproom in downtown Castle Rock by spring 2022.

For now, he’s focused on completing the goal he started nearly a year ago in honor of his mom. He’s semiretired now, which allows him the time to travel around the state for brewery visits. His wife or a friend often acts as the designated driver and adventure partner.

“It’s a way to experience different places together,” he said. “We’re creating a lot of memories. And we’re seeing the breadth and depth of Colorado’s beauty.”

While at a brewery, Myhill tends to be “quite geeky” about it. That includes slow slipping and sniffing beers.

But the experience is often more about the people he meets or reunites with or the vibe of the brewery or the other brewery days that come to mind.

“It’s a lot like smelling perfume and being reminded of the person who wore it,” Myhill said. “Being at a brewery makes me think of happy moments and memories.”

That goes for any brewery. And, in general, any craft beer.

“People always ask me, what’s your favorite beer?” he said. “And I say, I don’t know, it depends on the day.”

He also likes to borrow this well-known answer: “My favorite beer is the one in my glass.”