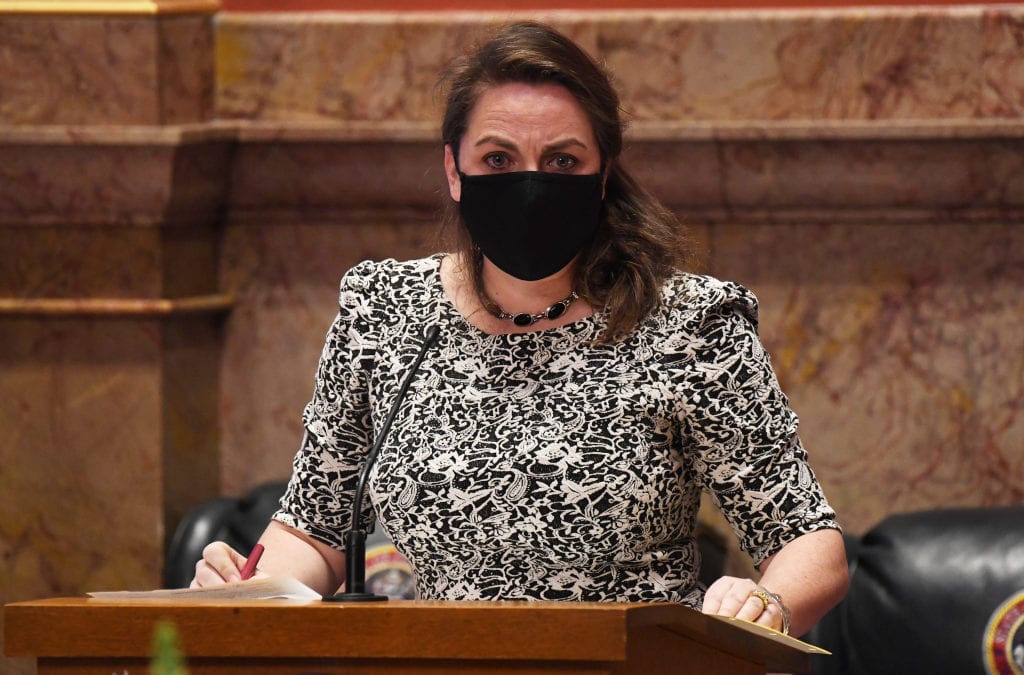 In 40 years of following the Colorado legislature as a journalist, I’ve seen many attempts — occasionally successful — to curtail free speech in the name of an alleged greater good.

There have been bills to restrict the rights of certain protesters; to obstruct citizens from spending their own money to leaflet neighborhoods on behalf of a political cause; to protect fruits and vegetables from “disparagement;” to sabotage our right to collect signatures for ballot initiatives, and so forth.

Suffice it to say, however, I don’t recall ever seeing such a bold, comprehensive attempt at government speech control as the project outlined in Senate Bill 132 by Democratic Sen. Kerry Donovan of Vail to regulate digital communications.

It is stunningly broad, probably unconstitutional and ominously ambitious. It creates a division of state government and a commission devoted to regulation of speech, with the duty to “register” digital communications platforms such as social media and to fine those who resist $5,000 a day. The new bureaucracy would investigate “practices that promote hate speech; undermine election integrity; disseminate intentional disinformation, conspiracy theories, or fake news; or authorize, encourage, or carry out violations of users’ privacy.”

Although the bill makes no attempt to define hate speech, fake news or disinformation, it explicitly foresees government suppressing speech it doesn’t like. Upon detecting an “unfair or discriminatory digital communications practice,” the commission would issue an “order requiring the respondent to cease and desist from the practice and to take action that the commission orders.”

It is tempting to dismiss Donovan’s bill as a fringe anomaly that will be killed thanks to the good sense of colleagues, but that would miss its larger context. Concern over false, misleading or hateful speech on social media has been growing for years, but spiked to near hysteria with the violent riot at the Capitol two months ago.

Now, everyone from leftists like Rep. Alexandria Ocasio-Cortez, D-N.Y., to establishment figures like columnist and former Republican speechwriter Peggy Noonan has concluded something must be done. Ocasio-Cortez wants to “rein in the media environment so that you can’t just spew disinformation and misinformation” while Noonan waxes nostalgic for the days when government imposed the “Fairness Doctrine” on broadcasters. Many other opinion leaders voice similar desires.

The irony is that the Capitol riot was inspired by falsehoods largely invented by President Donald Trump himself — an official with the largest megaphone in the world even without social media. Whatever digital media’s culpability in empowering obscure cranks, presidential lies are nothing new. Trump was simply more brazen and inflammatory with his falsehoods.

Nor is there a regulatory solution for misinformation and disinformation, which has always been rampant in society and too often fanned by the dominant media of the day. Concern over sensationalism in the 1940s, for example, spurred a national commission of intellectuals led by University of Chicago president Robert Maynard Hutchins to breathlessly lament how the press “can spread lies faster and farther than our forefathers dreamed” — a complaint with distinct echoes in today’s indictment of social media.

There is of course some truth in the worry that lies spread faster and farther today than ever before, but then so does their rebuttal. And before we go too far in regretting the digital age, let’s at least acknowledge its democratizing benefits, a few of which UCLA law professor Eugene Volokh itemized in a draft article for a law review he posted online.

But there are downsides, Volokh admits. “Cheap speech also allows people to forward hoaxes, false conspiracy theories, and generally ‘fake news’ at the click of a button.”

I don’t have a solution, and maybe there isn’t one. Libel law is mainly a threat to people or institutions with assets. And Big Tech has flubbed attempts to weed out dangerous speech by allowing progressive fact-checkers to impose a blatant political filter on the process.

So should we remove Section 230 liability protections for Internet platforms — as Trump and right-wing populists advise? That’s a baby-with-the-bathwater approach that will also kneecap Internet sites like Wikipedia (according to its founder) that almost everyone admires.

The worst possible solution, meanwhile, is one that relies, as Donovan’s does, on the government to determine what qualifies as fake news and unfair practices. The whole point of free speech is to empower an individual right that historically has been most often opposed and suppressed by the government itself.

False speech, the king and queen inevitably conclude, is speech that criticizes them.