Can the dream of Silverton prevail into the future? | Colorful Colorado 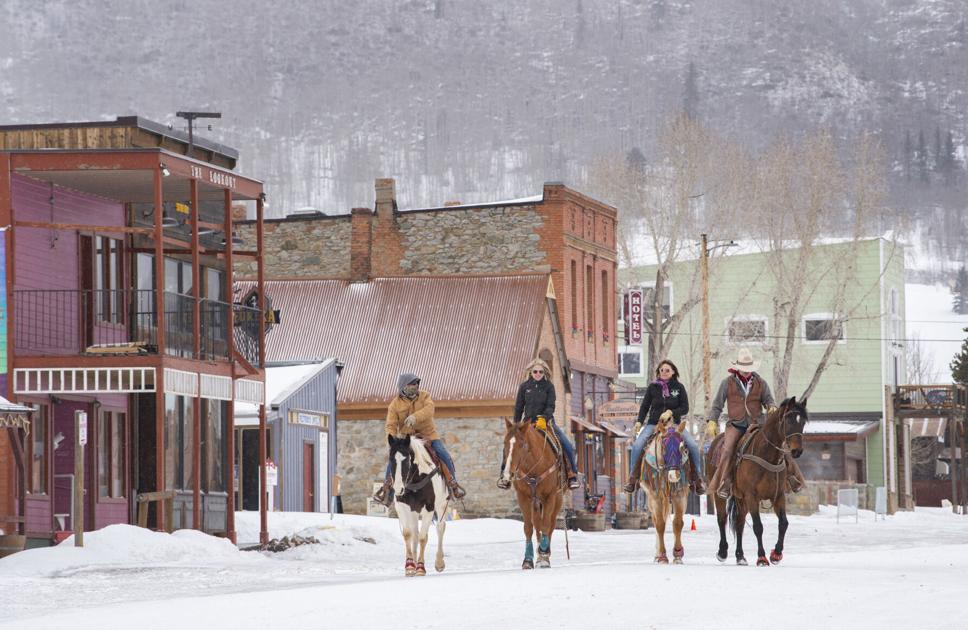 SILVERTON • Patrick Clute is an outsider here. He knows his place.

But he couldn’t help but disagree with a lady he came by on his walk this morning, a longtime resident.

She complained about the issue that was once again front-page news this morning: the possibility of some expansion to the family ski hill down the street, Kendall Mountain Recreation Area. Also, she took umbrage with the mom-and-pop grocery adding an aisle.

“The locals don’t look too kindly to growth,” Clute says.

He gets it. He loves little mountain towns for the charm and solitude they afford, the slow pace, the preference for stillness over construction, shelter from the modern world. He’s gotten to know such places working for the National Park Service, bouncing from one refuge to the next.

Now Clute is getting to know Silverton, this hamlet tucked into a remote pocket of southwest Colorado. He’s here to help his brother revitalize a hotel, The Avon, its fading brick exterior still advertising the $1.50 rate for miners of the early 1900s.

Customers enjoy the view of downtown Silverton from the rooftop of the Coffee Bear cafe on Greene Street during the summer of 2019.

And knowing the struggle — his brother’s need for year-round business — and knowing little mountain towns, Clute feels it must be said:

“What type of place is safe from growth and development? There’s no place really.”

But leaders here pledge their allegiance to the Silverton that has been.

The Silverton proud of history, its Victorian buildings left intact, even the wallpaper and carpet of ill-reputed rooms above “notorious” Blair Street. The Silverton with unpaved roads remaining from those Wild West days. With no streetlights blotting out the glittery skies. With strict building codes to preserve views. Legend regards the San Juans as the Shining Mountains.

“Silverton feels like a place that shouldn’t still exist,” says Mayor Shane Fuhrman. “It feels like a secret that you find out about and want to tell your friends about, but also want to keep to yourself, because it’s so special.

“That’s where we struggle as a community. People are so amped about what Silverton is, but being so amped about it, you have the potential to change it.”

Tourists exit the Durango & Silverton Narrow Gauge Railroad train after arriving in Silverton during the summer of 2019.

“No one wants to see that character go away,” assures Sallie Barney, a leading proponent for a modest, controlled ski area expansion. “I came here to keep it real. So I feel just as passionate about protecting that character as anyone else who’s worried about a big resort in town.”

Forgive her for thinking about an extra amenity that could perhaps attract young families. That’s the goal: young families who could grow Silverton’s estimated year-round population of 663 and perhaps promote other amenities. A health clinic that opens more than once a week, for example. Or a dentist, or a veterinarian. Or a hair salon, or a full produce aisle. For such luxuries, Silverton people drive south to Durango or north to Montrose — if weather allows driving on either mountain pass.

And, of course, young mothers like Barney would appreciate more kids in Silverton’s school. K-12 enrollment topped 70 this past year.

Dogs wait outside the Brown Bear Cafe in downtown Silverton on a sunny February day in Colorado’s San Juan Mountains.

“My middle son was the only boy in his class until this (past) year, when he got three boys in his class,” says Anne Izzard. “I was like, ‘Yes!’”

In contrast to Silverton’s majority, Izzard is typically away in the summer working another job. That changed with the pandemic in 2020; she stayed put through the warm months.

And so she saw the masses.

The San Juan Mountains surround Silverton. The San Juan County Courthouse tower is pictured on the left. The courthouse was built in the early 1900s.

Out at his favorite backcountry spot, “I just had this conscious moment,” recalls resident explorer Howie Stern. “I was like, I don’t hear the trees, the leaves. I don’t hear the birds. All I heard were the sounds of mechanized travel.”

The increased rumbling has been another contentious topic in town. For every point about tourism dollars, there’s a counterpoint about quality of life, peace and quiet. And some ask: What about the precious, degrading alpine?

Where Stern once saw fields of wildflowers, he now sees “clumps of dirt.” He sees formerly green hills scarred, scoured with footpaths. Last summer’s fire near a newly popular lake, believed to be human-caused, felt like an omen.

But Stern, a photographer, still finds the inspiration that drew him to Silverton in the first place.

“These mountains,” he says. “You’re just constantly like, ‘How can this be real?’ The mountains here can just bring you to tears.”

Yes, their beauty has been discovered. Their riches were proclaimed in 1860 by influential prospector Charles Baker. He’s the namesake of Baker’s Park, the narrow, vertical valley from which Silverton rose. First came the wagons, then the trains, then the motors.

The technological wave continues; fiber-optic internet comes as a surprise, an obvious development to attract telecommuting professionals. And yet the rugged, pioneer way of life remains.

The visitor center just on the edge of town falls within an avalanche zone. That speaks to the fundamental harshness of life here above 9,300 feet.

This is “the high extreme,” says an embodying persona in a recent tourist magazine. His name is Grady Ham, the strongest man around, the writer explains, comparing his muscles to cable wires.

Since those arms forged Silverton Mountain’s chairlift in 2002, winter has been different around town. It’s been a pleasant change for businesses; at least some now stay open for the season, thanks to international visitors coming to take on those intense, unmanicured slopes. “No frills, no beginners, no B.S.,” goes the tourist mag’s description of the mountain.

Which aptly describes Silverton. For the mayor, winter calls to mind the image of people shoveling driveways and roofs and pushing cars out of the way of plow paths. Neighbors helping neighbors.

“You can’t move here and have a posh experience,” Fuhrman says. “No matter what your background is, you’re in it together.”

That’s the appeal for Andrea Trower. After three years in a roaming RV, she and the family settled in Silverton, a place they got to know previously from the road.

She knew housing would be a struggle; it still is for those who share tight quarters or hole up in hotel rooms. But Silverton people, “we don’t need a lot,” Trower says. “You gotta be different if you want the mountains.”

It’s a deep desire, Craig Miller knows. He’s been here his whole life, like his father and grandfather before him. As a youngster he sold rocks to tourists at the same corner his kids do now.

These days, it can be tough to tell tourists from locals and transients trying to make it.

“Used to be I knew everyone,” Miller says. “Now I don’t know half the people I run into.”

With or without an expanded ski area — with or without the condos and living costs feared to come with the idea — change is underway, Miller knows. It always has been.

Clute has observed it in his short time here at The Avon. Change will continue, he knows.

Fleetwood Mac’s “Landslide” is playing on the radio when he returns to the hotel this night. His dog, Ivy, plops up on the couch as he loads wood into the burner. It was cold out there. But the moon was big and bright, the mountains shining, the silence eerie yet soothing.

Clute had to take advantage.

“I don’t take this place for granted,” he says.