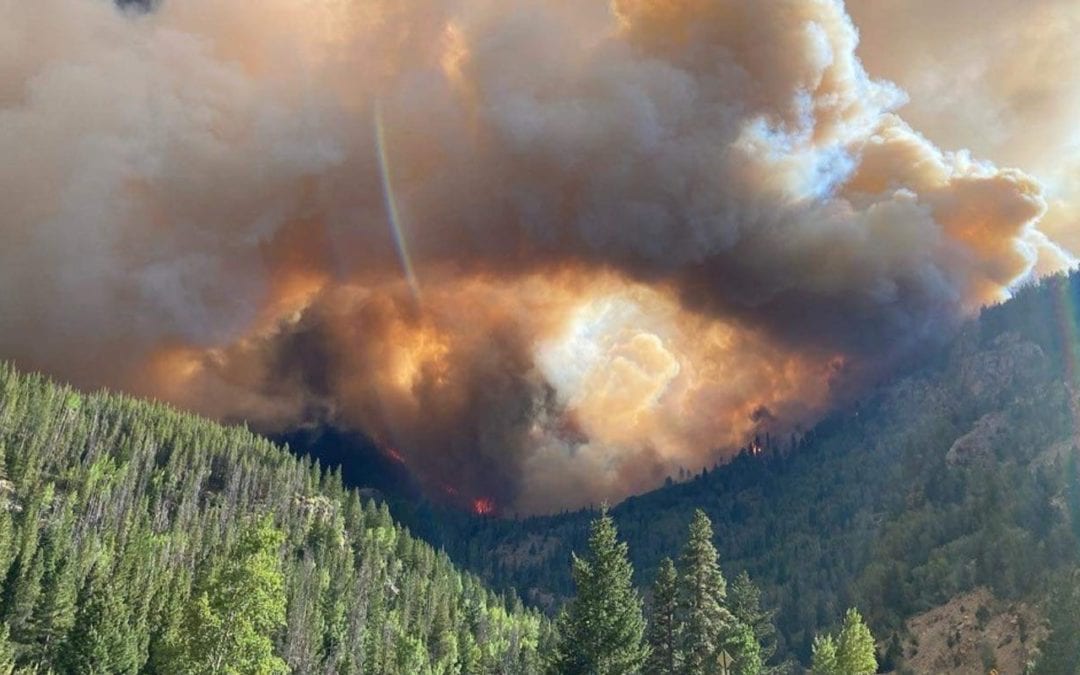 Editor’s note: This story has been made free to read due to public safety concerns. Support local journalism in Fort Collins by subscribing to the Coloradoan today.

Smoke from the Cameron Peak Fire along with other fires will create an unhealthy air quality day for Fort Collins and the Front Range.

An action day alert has been issued until 4 p.m. Thursday that includes Fort Collins, Longmont, Greeley, Boulder and Denver.

The alert means those sensitive to smoke, those with cardiovascular disease, the young and elderly should avoid heavy exertion. All others should reduce prolonged exertion.

The air quality forecast for Friday improves to moderate.

Aerial and ground crews continue to work on the tip of what is called the Thumb of the fire southwest of Red Feather Lakes where the fire is most active, Cory Carlson, fire planning operations trainee, said in the Thursday morning incident fire report

Wednesday, firefighters were chased from the fire line as fire activity increased but are again to battle the blaze Thursday at the fire line with the help of helicopters dropping water and retardant.

Carlson said southwest winds Thursday will test the Pingree Park Road fire line but that he expects the line to hold and additional containment to be attained along the road.

Light to moderate westerly winds will move over the fire Thursday and Friday with warmer temperatures and lower relative humidity.

This weekend, weather conditions over the fire are unsettled as a Pacific storm system moves across the western U.S. This will turn winds southwest and bring breezy to windy conditions over the fire. Increasing moisture will bring more clouds, higher relative humidity, slightly cooler temperatures and slight chances for showers and storms.

The fire remains at 102,596 acres with 4% manmade containment and 4% natural containment with 997 personnel assigned to the fire.

A link has been posted to your Facebook feed.

The historic Twin Pines cabin, shown in this 2018 photo, was destroyed Sept. 7, 2020, by the Cameron Peak Fire. The shrubs in the photo were removed during the early stages of the fire. Courtesy of Brint Lukens