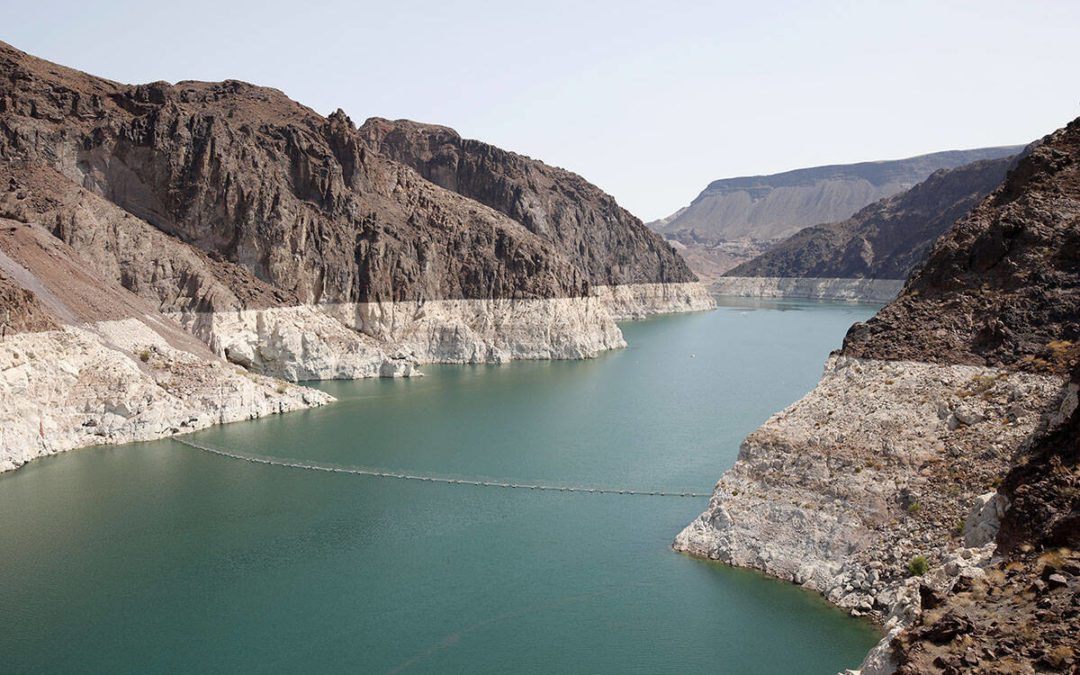 Two major California water agencies have settled a lawsuit that once threatened to derail a multi-state agreement to protect a river that serves millions of people in the U.S. West amid gripping drought.

The Imperial Irrigation District, the largest single recipient of Colorado River water, sued the Metropolitan Water District twice in the past two years. The agencies announced Monday they have reached a settlement that resolves both lawsuits.

Under the agreement, Imperial can store water in Lake Mead on the Arizona-Nevada border under Metropolitan’s account. Imperial will contribute water under a regional drought contingency plan if California is called on to help stave off further water cuts.

Imperial spokesman Antonio Ortega said the agency is hopeful that its partners in California and across the Colorado River basin recognize the opportunities to work together. The river serves 40 million people in Colorado, Wyoming, Utah, New Mexico, Arizona, California, Nevada and Mexico.

“But also,” he said, “to make sure those environmental challenges like the ones we face every day here at the Salton Sea will be a part of the discussion to make sure it’s being addressed, and IID’s concerns are not ignored.”

Imperial sued Metropolitan, alleging the water agency that serves Los Angeles violated a state environmental law when it sidestepped Imperial in the drought contingency talks. The Los Angeles County Superior Court ruled against Imperial, which appealed to the California Court of Appeals earlier this year.

Another complaint filed in 2020 accused Metropolitan of breaching a contract related to storing Colorado River water in Lake Mead. Metropolitan denied the allegations. A trial was scheduled for April 2022.

Those cases became moot with the agreement signed last week that also outlines regular talks between the agencies to respond to drought, according to court documents. Metropolitan said it will support Imperial’s efforts to restore the Salton Sea and to secure more funding for the massive, briny lake southeast of Los Angeles.

Bill Hasencamp, Colorado River resources manager for Metropolitan, said Monday that Imperial’s ability to store water under a sub account provides more flexibility in retrieving the water. But the capacity is less than what Imperial would have received under the drought contingency plan, and Imperial’s voluntary contributions won’t be as high either, he said.

The agreement marks the end of legal fights and a return to working together, he said. Already, water users in the West are talking about what will replace an existing set of guidelines for the Colorado River and the overlapping drought contingency plan that expire in 2026.

Imperial has rights to more than one-third of the water allocated to the three states in the river’s lower basin and Mexico.

Seven Western states finalized the drought plan in 2019 to keep the water levels at Lake Mead and Lake Powell — upstream on the Arizona-Utah border — from dropping substantially. Still, the U.S. Bureau of Reclamation declared the first-ever shortage in water supply for 2022 that will impact Arizona, Nevada and Mexico.

The Imperial Irrigation District essentially was written out of California’s part of the drought plan when Metropolitan pledged to contribute most of the state’s voluntary cuts to avoid delays in implementing the plan. Imperial’s support hinged on securing $200 million in federal funding to address environmental and health hazards at the Salton Sea, which it did not receive.

The inland sea formed in 1905 after the Colorado River breached a dike and flooded a basin has been shrinking, exposing a lakebed with microscopic wind-blown dust that contributes to poor air quality and asthma.

The state of California has budgeted an additional $40 million for restoration efforts at the Salton Sea, but it’s not enough, Ortega said.

“We need additional support, and things seem to be moving in that direction,” Ortega said. “We would hope that it would move quicker.”