By the numbers: A look at Northern Colorado’s 2021 football season 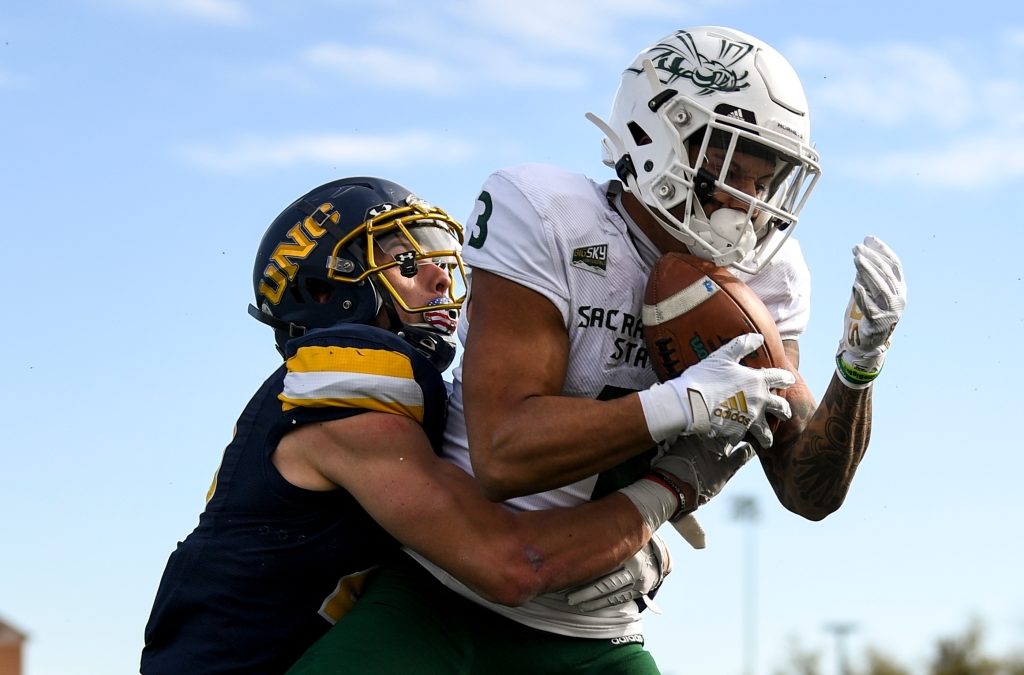 Unfortunately, UNC (3-8, 2-6 Big Sky) did not meet its goals of making the FCS Playoff or winning the Big Sky, but the team actually finished better than predicted.

Here’s how the Bears stacked up, by the numbers, to other league institutions and past Northern Colorado teams.

It wasn’t a great finish, but it also wasn’t the worst UNC has ever had in the Division I era. The Bears have finished 3-8 in two previous seasons.

Despite the lackluster results, Northern Colorado still finished with a better record than Cal Poly, Idaho State and Southern Utah. UNC defeated Southern Utah, 17-9, on the road. It did not play Cal Poly or Idaho State.

UNC defeated Houston Baptist on Sept. 11 in Houston, Texas, 42-13. It was the Bears’ largest victory of the season and McCaffrey’s first program win. The other two wins came down to fewer than 10 points.

Eastern Washington dominated the Bears in the UNC homecoming game on Oct. 9, 63-17. It was the largest loss of the season, followed by the 35-0 game against Montana on Nov. 6.

One of the biggest challenges in years past was the defense. Defensive coordinator Scott Darnell said during the preseason that his players would show improvement from years past.

There were times when the Bears defense struggled, especially considering the lack of offensive production, but it reduced the average number of yards allowed by 133 yards.

The best position group in the final season under Earnest Collins was his offense, which put up about 20 points per game.

The Bears’ offensive production took a pretty significant dip this season as it struggled to find consistency. McCaffrey’s squad averaged 15 points per contest, which included a shutout against Montana.

Sophomore linebacker David Hoage was named to the All-Big Sky Second Team on Tuesday. He and five other players, three of whom were defensive players, received recognition from the conference for their efforts this season.

13 – Graduating players to be replaced

UNC honored 13 players at senior day who will leave the program after graduation, even if some have another year of eligibility. This does not include the players who are expected to enter the transfer portal in the coming weeks.

The Bears have entered the offseason and will begin its winter conditioning. UNC opens next season at home against Houston Baptist.